Pfizer said Wednesday that real-world data suggests its coronavirus vaccine is 94% effective in halting asymptomatic infections and effective against a highly transmissible variant first discovered in the United Kingdom.

Israeli analysis of vaccine distribution shows the vaccine being over 97% effective in preventing symptomatic cases and death, higher than the 90% efficiency that was reported in the vaccine’s Phase III trials, Pfizer said in a press release Thursday. Over 80% of the tested specimens were against the UK variant known as B.1.1.7.

Israel continues to set the pace for vaccinations across the world. Over nine million doses of the Pfizer/BioNTech vaccine have already been given in Israel, and over 45% of the population have received at least one dose, according to data from Johns Hopkins University. 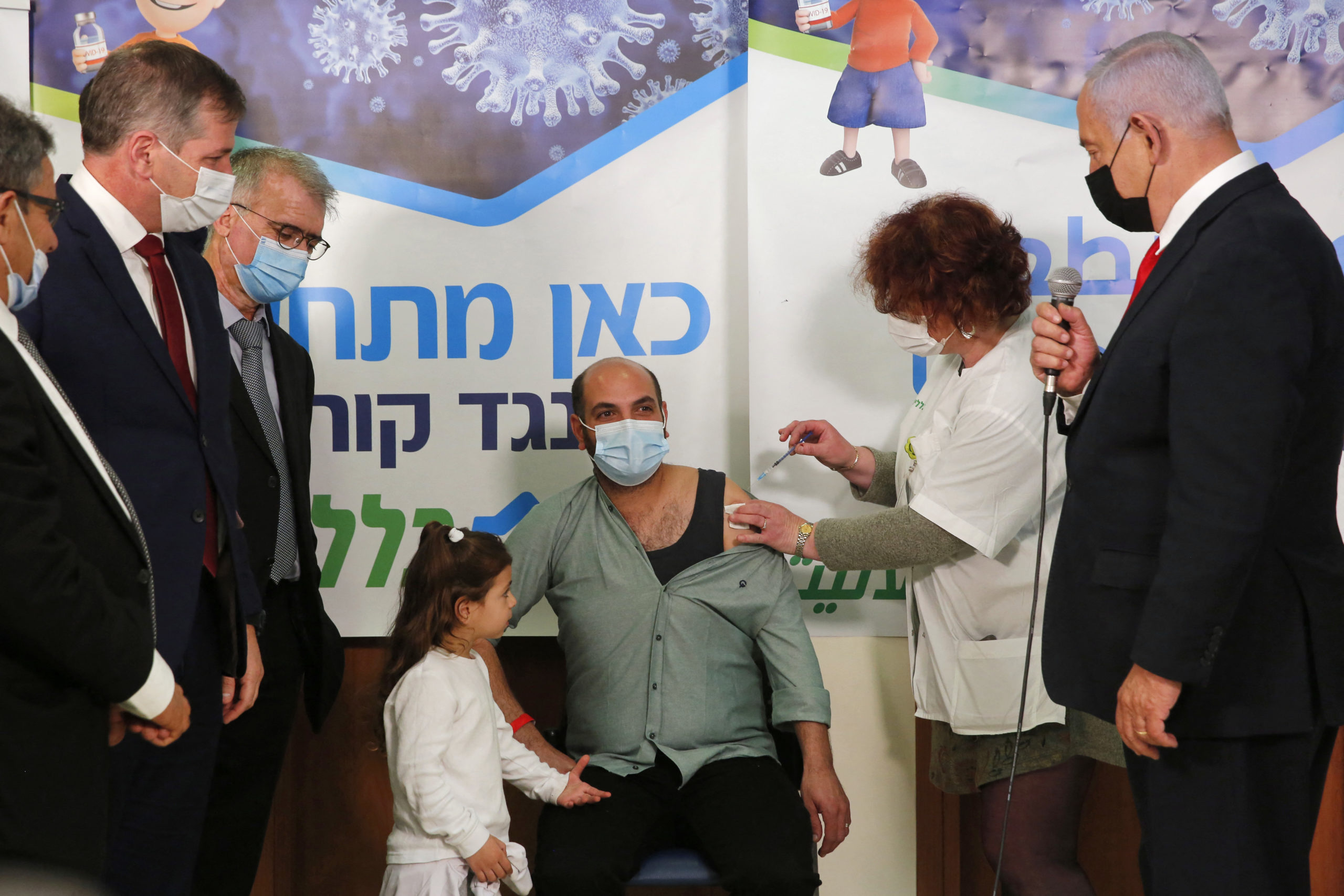 Israeli Prime Minister Benjamin Netanyahu speaks during a visit at Clalit Health Service as an Israeli citizen receives a shot of the Covid-19 vaccine, in an Arab-Israeli village of Abu Ghosh near Jerusalem on March 9, 2021. (GIL COHEN-MAGEN/AFP via Getty Images)

Pfizer’s vaccine in December became the first of three approved for use in the United States, followed shortly after by Moderna’s candidate and in the single-shot treatment from Johnson & Johnson in February. (RELATED: Number Of Americans Fully Vaccinated Surpasses Amount Who Had The Coronavirus)

Nearly 96 million COVID-19 vaccine doses have been administered across the United States so far, according to the CDC.