The Organization for Economic Cooperation and Development released its revised economic forecast Tuesday, projecting the U.S. economy to surge 6.5% this year in large part due to the trillion-dollar stimulus package. The OECD, along with prominent economists like former National Economic Council director Larry Summers, warned that such spending could cause significant “inflationary pressures.”

However, economists recently surveyed by The Wall Street Journal expect inflation to rise by mid-2021 before dipping toward the end of the year. Inflation, or when the value of the dollar decreases, often occurs when a nation’s money supply grows faster than the economy and leads to higher consumer prices.

The most recent inflation crisis took place between the 1970s and 1980s when inflation peaked near 15%. Spiking energy prices, high unemployment and an increasingly large money supply all contributed to the period of high inflation. 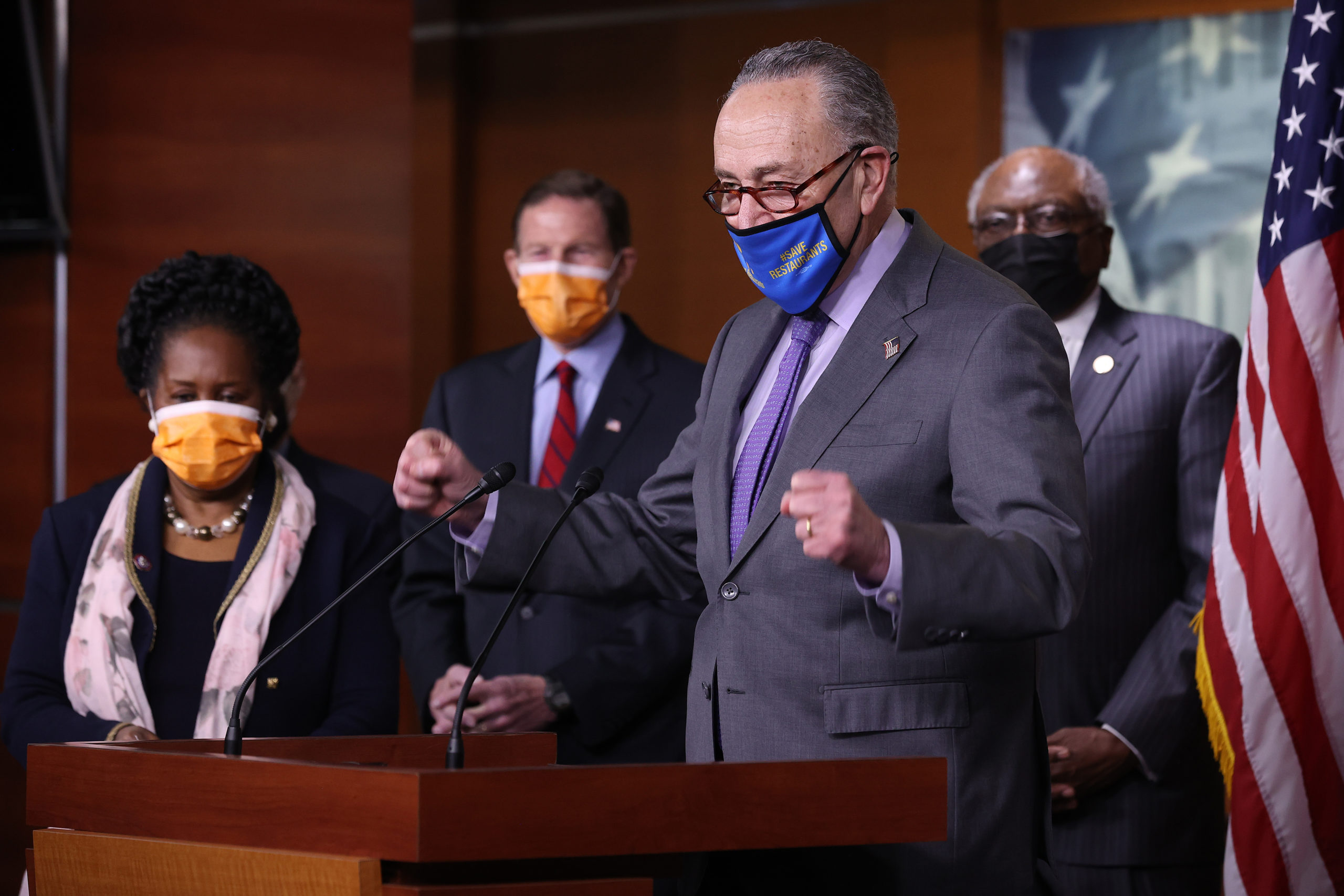 Democrats speak to the media after the House passed a massive coronavirus stimulus package one day earlier. (Chip Somodevilla/Getty Images)

“It’s not as simple as the government spends $2 trillion, therefore we’re going to get inflation,” Brian Riedl, a senior fellow at the Manhattan Institute, told the Daily Caller News Foundation. “There’s a lot more that’s going on.”

Instead it is buying bonds, or a loan, from banks and paying for it by crediting those banks’ reserves. The Federal Reserve pays interest on that money supply to ensure it doesn’t spill into the economy.

“These dollars aren’t actually circulating through the economy,” Riedl said. “They’re sitting in the bank reserves.”

“The Federal Reserve is buying bonds with trillions of new dollars, but they’re essentially bribing banks to keep those new dollars in reserves,” he continued. “And so that makes inflation in the short term, much less likely,” Riedl said.

President Joe Biden signed the $1.9 trillion American Rescue Plan, a relief package that bolsters welfare programs, on Thursday after months of negotiations. The $1.9 trillion in spending is added to the $4.1 trillion already approved by Congress throughout the pandemic, according to the Committee for a Responsible Budget. About $1 trillion from previous coronavirus stimulus bills has still not been spent.