Members of the media were allowed inside a temporary Customs and Border Protection processing facility for migrants in Donna, Texas, for the first time Tuesday.

Over 4,000 migrants including more than 3,400 unaccompanied migrant minors are being held in the facility meant to hold 250, NBC News reported. The migrants are held in eight “pods” each containing up to 500 people while the small children are being kept in a different area than the rest of the migrants, according to Getty pool photographer Dario Lopez-Mills. 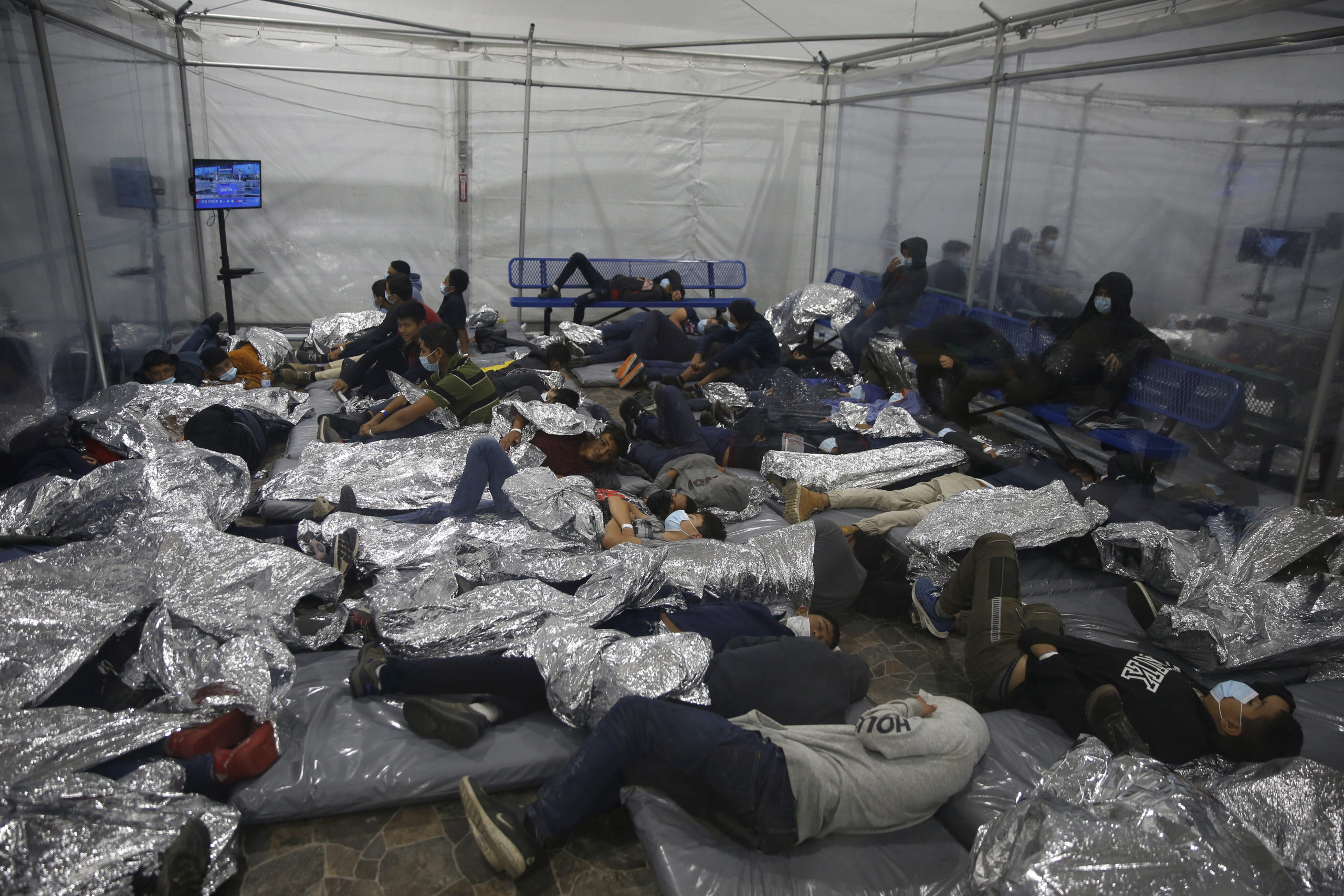 DONNA, TEXAS – MARCH 30: Young children lie inside a pod at the Department of Homeland Security holding facility run by the Customs and Border Patrol (CBP) on March 30, 2021 in Donna, Texas. (Photo by Dario Lopez-Mills – Pool/Getty Images)

“We have running water in, say, our station, the cells have a toilet, they have a water fountain, they have concrete benches because we’re designed kind of like a drunk tank,” National Border Patrol Council spokesman Chris Cabrera told the Daily Caller News Foundation of the facility Wednesday.

The Daily Caller attempted to gain access to the temporary facility in Donna on Thursday and was turned away at the gate.

The facilities were designed for people who are “going to be there for a few hours, 24 hours at the most and maybe get a baloney sandwich or two and you’re on your way,” Cabrera said.

Lawmakers who toured the facility on Friday criticized the conditions in which migrants are held. (RELATED: EXCLUSIVE: ‘Like A Drunk Tank’ — CBP Union Official Describes Migrant Detention Facility With Concrete Benches And Limited Resources) 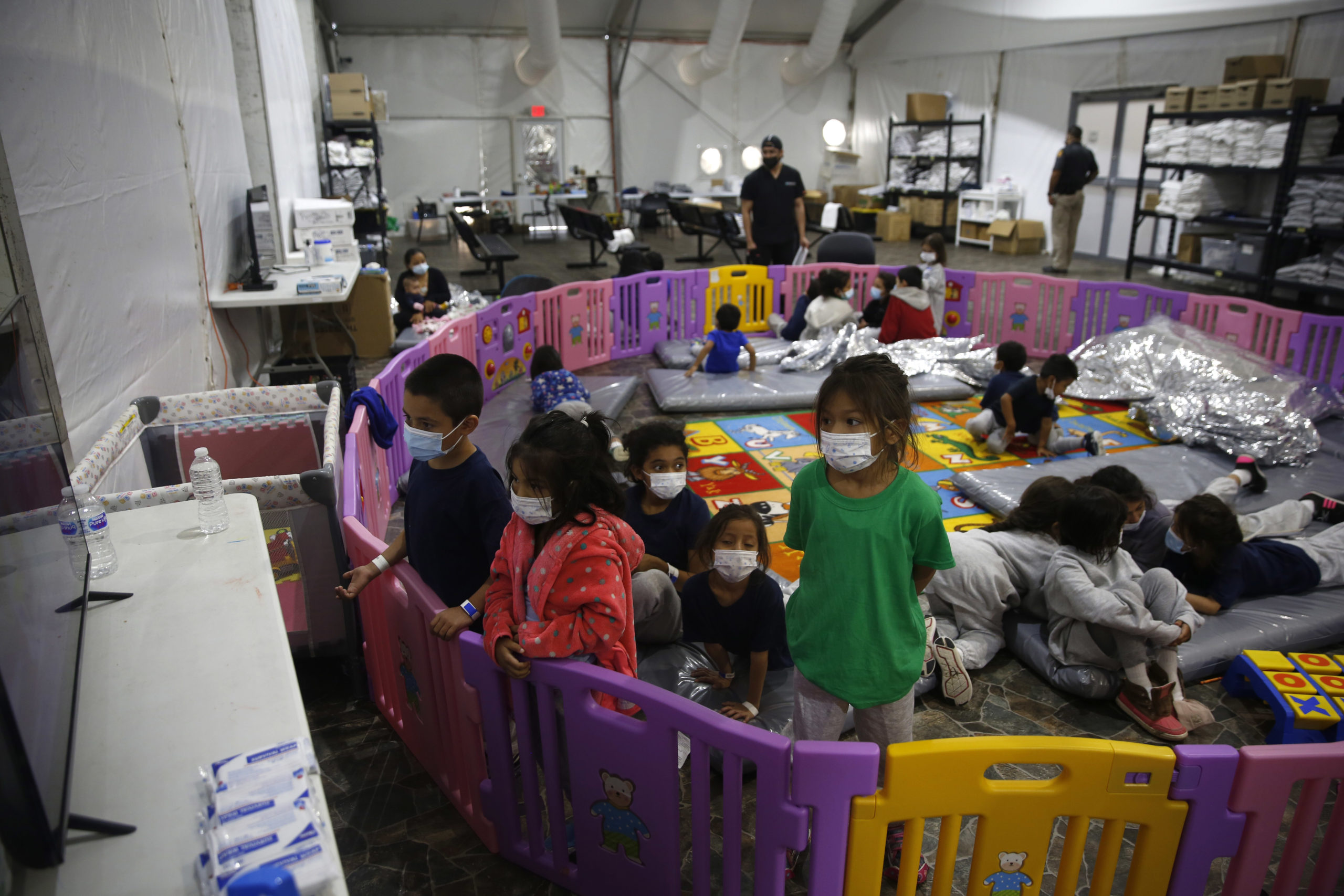 DONNA, TEXAS – MARCH 30: Young unaccompanied migrants, ages 3-9 watch TV inside a playpen at the Department of Homeland Security holding facility on March 30, 2021 in Donna, Texas. The Donna location is the main detention center for unaccompanied children coming across the U.S. border in the Rio Grande Valley. (Photo by Dario Lopez-Mills – Pool/Getty Images) 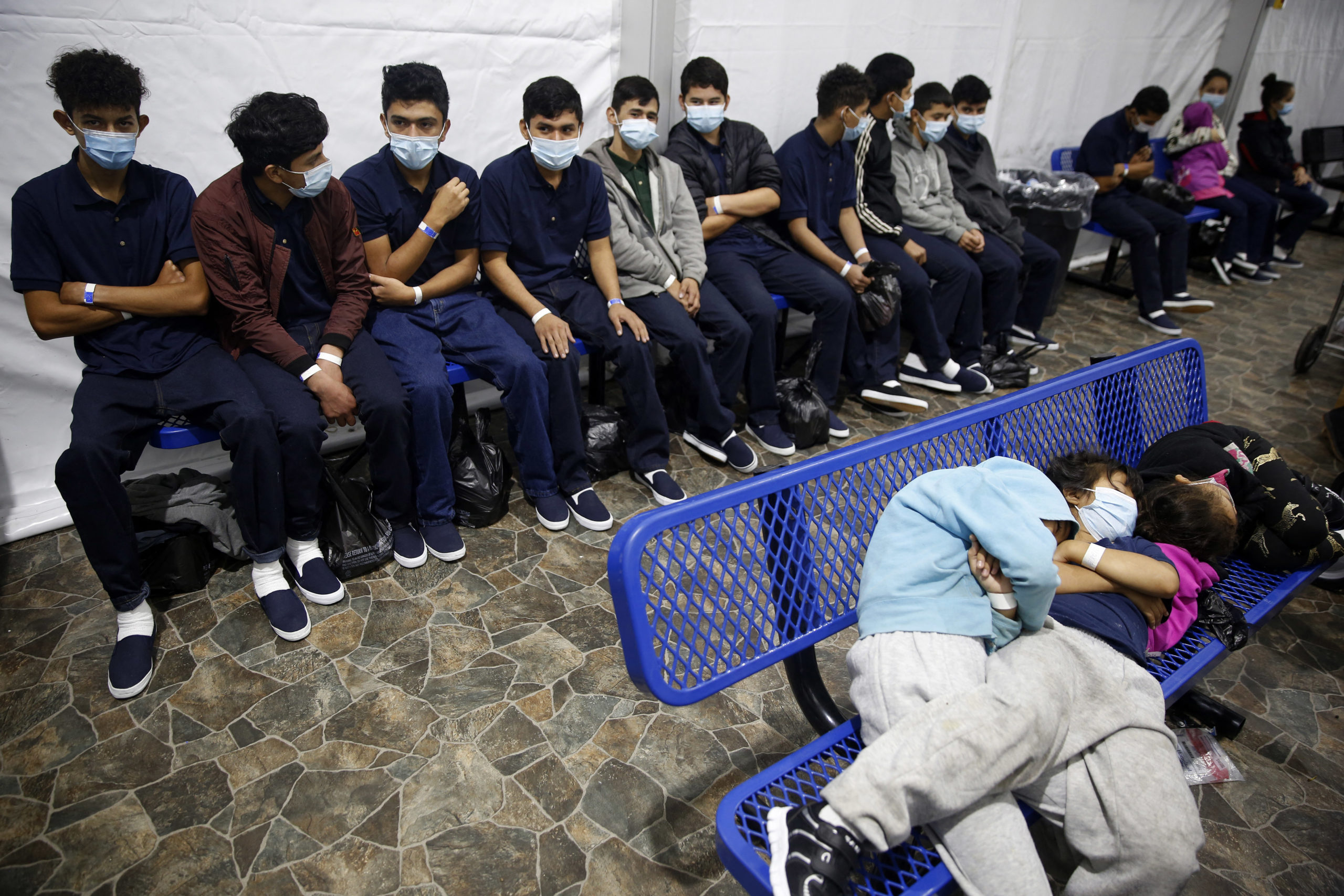 Young unaccompanied migrants, wait for their turn at the secondary processing station inside the Donna Department of Homeland Security holding facility, the main detention center for unaccompanied children in the Rio Grande Valley in Donna, Texas on March 30, 2021. (Photo by DARIO LOPEZ-MILLS/POOL/AFP via Getty Images)

Unaccompanied migrant minors encountered in the Rio Grande Valley sector are apprehended and taken to temporary processing facilities like the one in Donna, Texas, before they are transferred into the Department of Health and Human Services’ (HHS) custody where officials work to match them with sponsors in the interior of the U.S. as their asylum claims are processed, Cabrera said.

Unaccompanied migrant minors are only being held for additional time in Customs and Border Protection facilities because HHS shelters are full, Cabrera told the DCNF.