Maj Toure, the leader of Second-Amendment advocacy group Black Guns Matter, wants to educate urban and black communities across the country about their rights as firearms owners, as this population of gun owners is rapidly growing.

In 2020, the size of these gun-owning communities surged. Black Americans had the highest increase in new gun owners of any demographic, according to the National Shooting Sports Foundation (NSSF). Gun ownership increased by 58.2% among black Americans — and Toure explained to the Daily Caller why he’s hoping the trend continues.

Toure said that 2020 and 2021 have been catalysts for surging gun ownership in the black community due to a variety of reasons, among them is the precariousness and insecurity the COVID-19 pandemic caused in the lives of millions of Americans.

Black Guns Matter tries to reach people in all 50 states to teach safe and legal firearms information, conflict resolution and about constitutional rights. Toure said part of his goal for Black Guns Matter was to make black Americans the largest demographic of new people purchasing firearms to counter the “racist practice of gun control.”

“In the hood we’ve known [not to trust the government.]  Any ethnic group in a poor community knows that, but especially the black community. We can take it as far back as the origins of the slave patrol, or we can fast forward to the Rodney King beating,” he said. 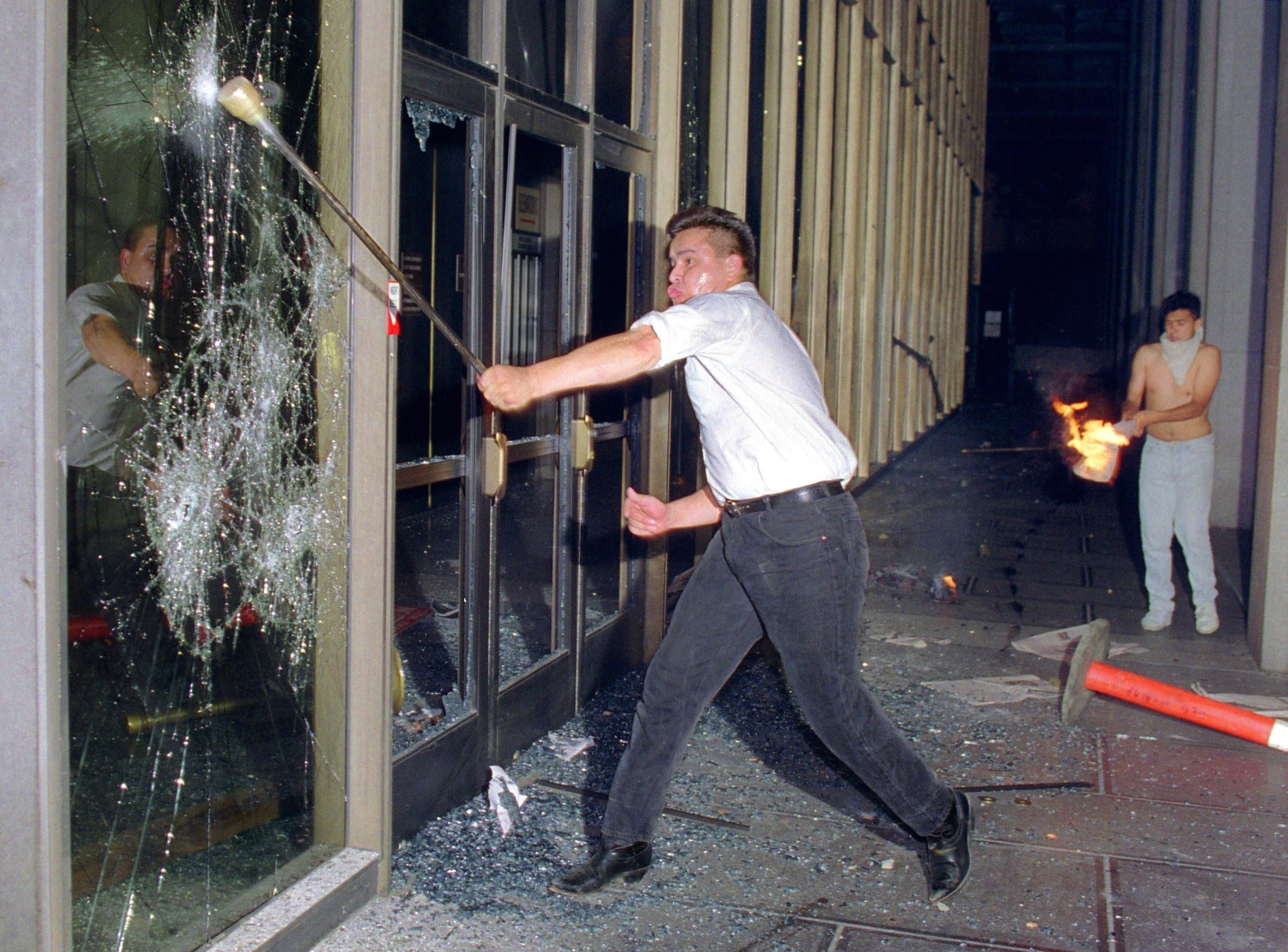 Toure was enthusiastic about seeing not only more black people becoming gun owners, but more black women purchasing guns and learning how to use them safely. Rogers Anderson, the commander of the Black Gun Owners Association’s Oakland/Bay Area chapter, told the Guardian that 99.9% of his students are “either single Black women or Black women with children who fear for their safety”

Black Americans flock to gun stores and clubs: ‘I needed to protect myself’ https://t.co/8K34dT0idC

Toure says President Joe Biden’s past actions are partially to blame for keeping some black men from purchasing firearms.

“It’s black women for one reason, because Joe Biden locked up non-violent felons, a lot of black men who now have felonies and can’t purchase firearms,” he told the Caller, referring to the 1994 “tough on crime” law Biden authored that some say contributed to mass incarceration in the 1990s and especially hurt black and brown communities, according to Vox.

“It’s not just because only women want to be involved, but because the current administration also locked up a lot of black men since the 70s and 80s,” Toure said.

“It’s ironic because they say they want to help black and brown communities, however, you’ve used this racist concept of gun control and now we’re seeing black women being the largest purchasers of firearms because they’re not targeted in the war on drugs for nonviolent drug offenses. They’re the largest portion of [new gun buyers] and that’s a beautiful thing.” (RELATED: ‘All You Do Is Impede The Rights Of Law-Abiding Citizens’: Gov. Walker Blasts Gun Control In Exclusive Interview)

“Gun control has been racist,” he added. 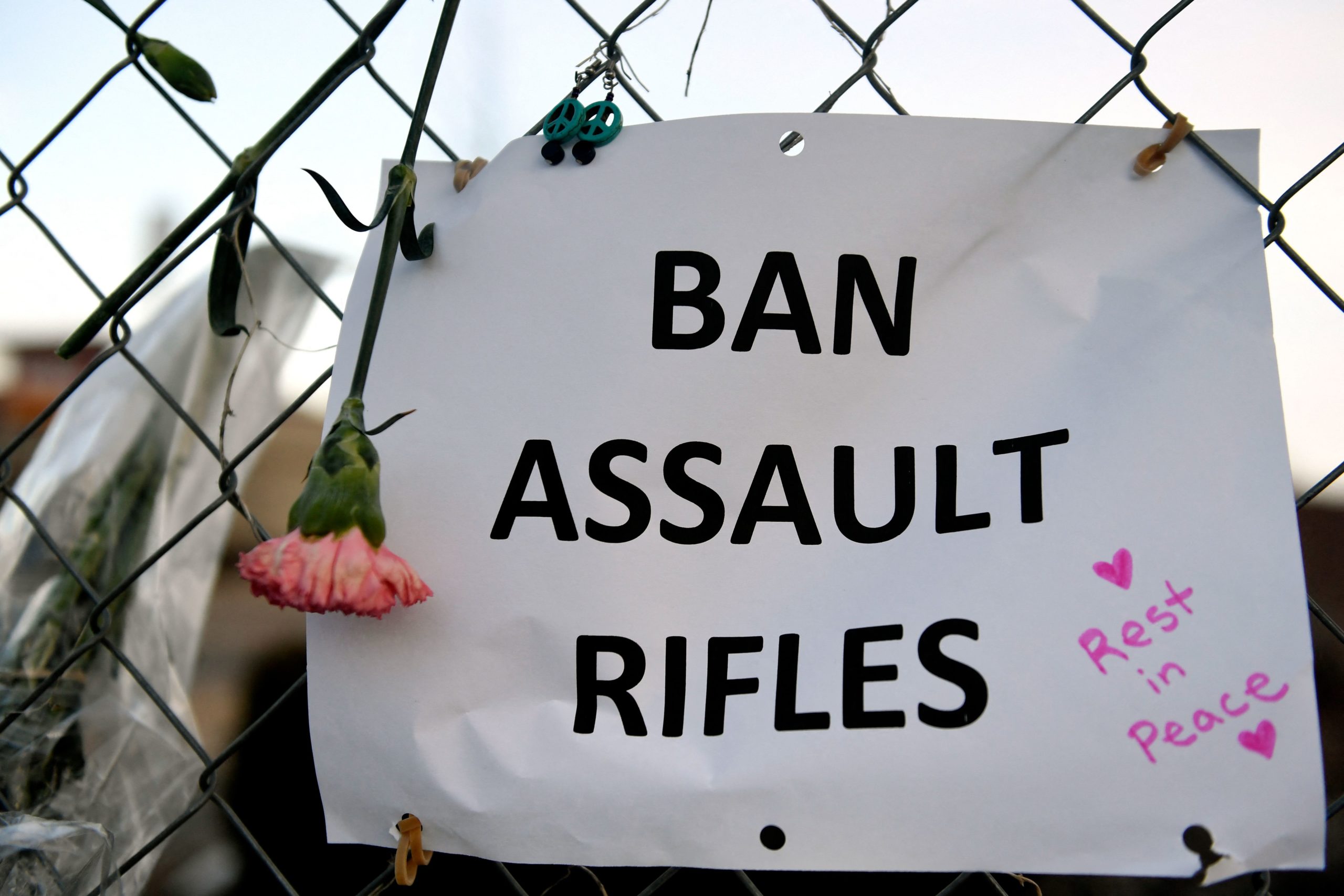 A sign calling for the ban of assault rifles hangs from the perimeter fence outside a King Soopers grocery store in Boulder, Colorado on March 24, 2021. (Photo by JASON CONNOLLY/AFP via Getty Images)

Toure said that the urgency to buy firearms is also driven by the prospect that Biden and Democrats will enact restrictions on gun purchases.

“I think black folks see the writing on the wall in that regard,” he said. “Black folks are having buyers remorse. I think a lot of people fell into this narrative of ‘oh, Donald Trump hates us, so we’re going to vote [for Biden].’”

He said that a lot of black Americans used their $1,400 stimulus checks to buy guns in March 2021, making that month a record for gun sales. The Federal Bureau of Investigation (FBI) conducted more background checks for firearms in March than in any month in 2021, a 36% increase from February. Mass shootings in Atlanta and Boulder also happened in March, possibly playing a role in the gun sales boost.

“They’ve seen the writing on the wall for some time and the money being spent on guns is a clear indication of that,” Toure said.