WASHINGTON — Dozens of people gathered Tuesday to celebrate at Black Lives Matter Plaza after Derek Chauvin was found guilty on three charges related to the death of George Floyd.

Floyd died after the former Minneapolis police officer knelt on his neck for more than nine minutes during an arrest in May 2020, video shows. The jury found Chauvin guilty of all three charges against him, including second-degree unintentional murder, third-degree murder and second-degree manslaughter.

In Washington, D.C., people smiled and high-fived or shared fist bumps while others embraced around the plaza after the verdict was announced. Girls danced and smelled tulips planted outside the Hay Adams as their parents watched and discussed the ruling. 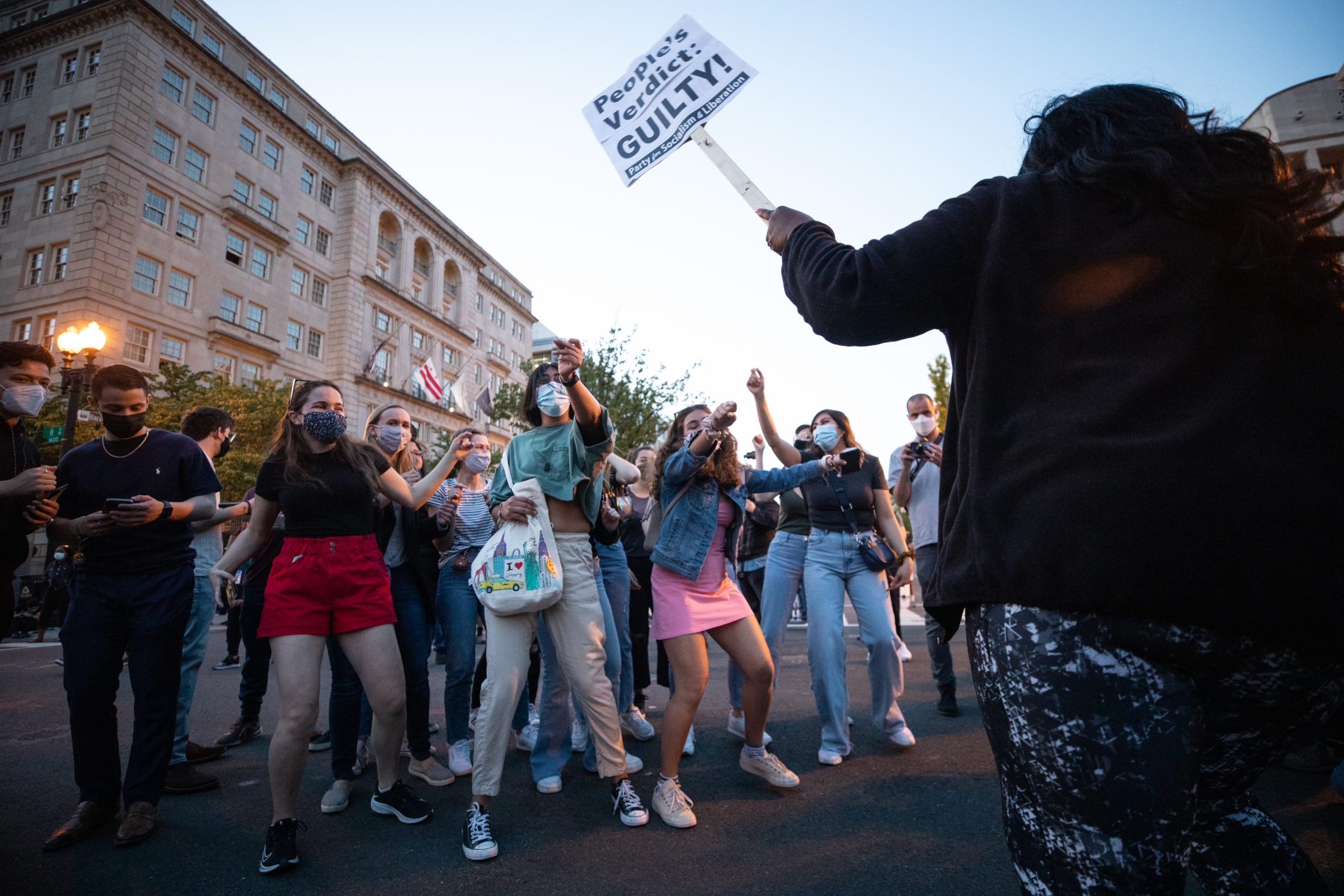 People danced into the night after the jury’s decision in the Derek Chauvin trial was announced on April 20, 2021, in Washington, D.C. (Kaylee Greenlee – Daily Caller News Foundation) 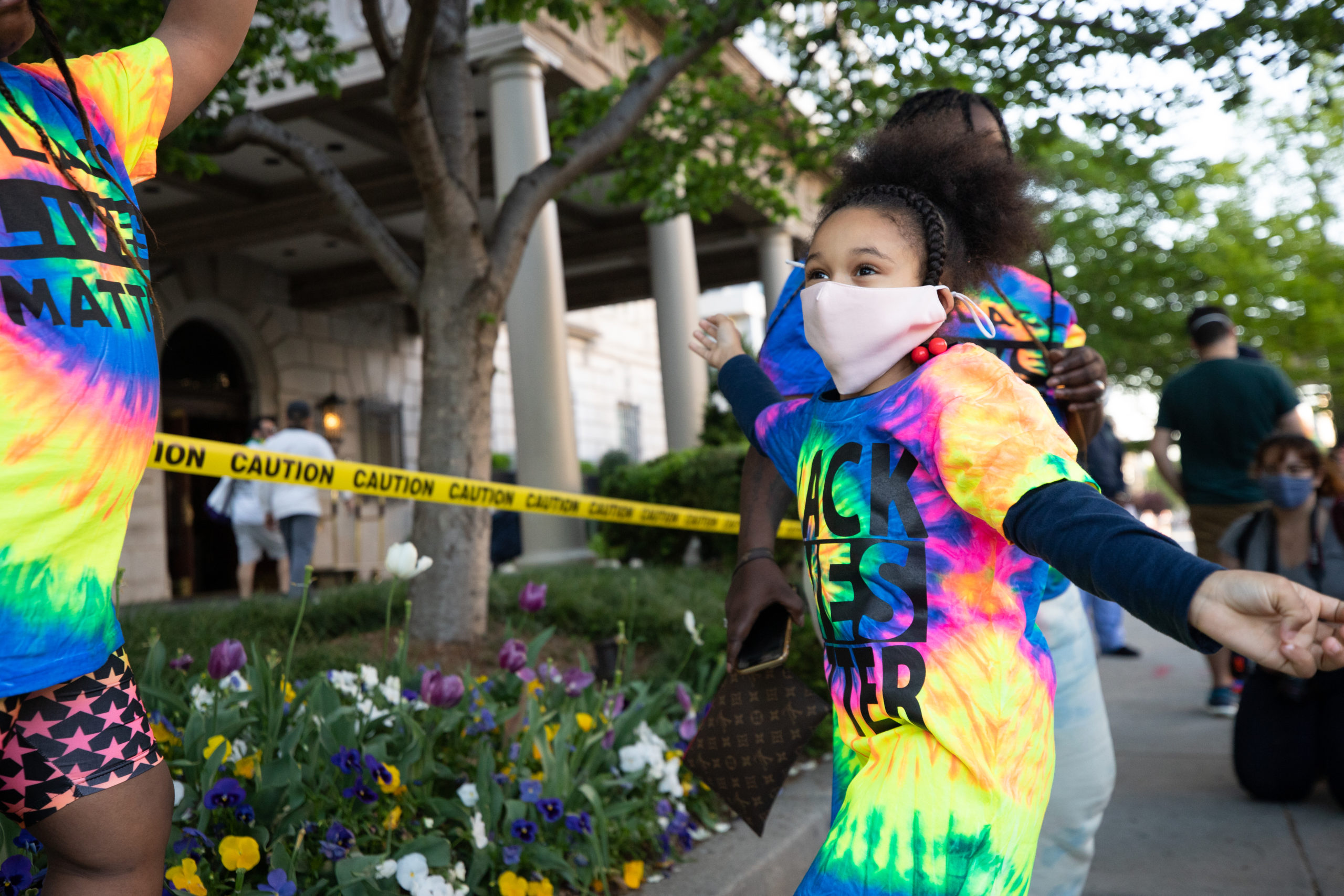 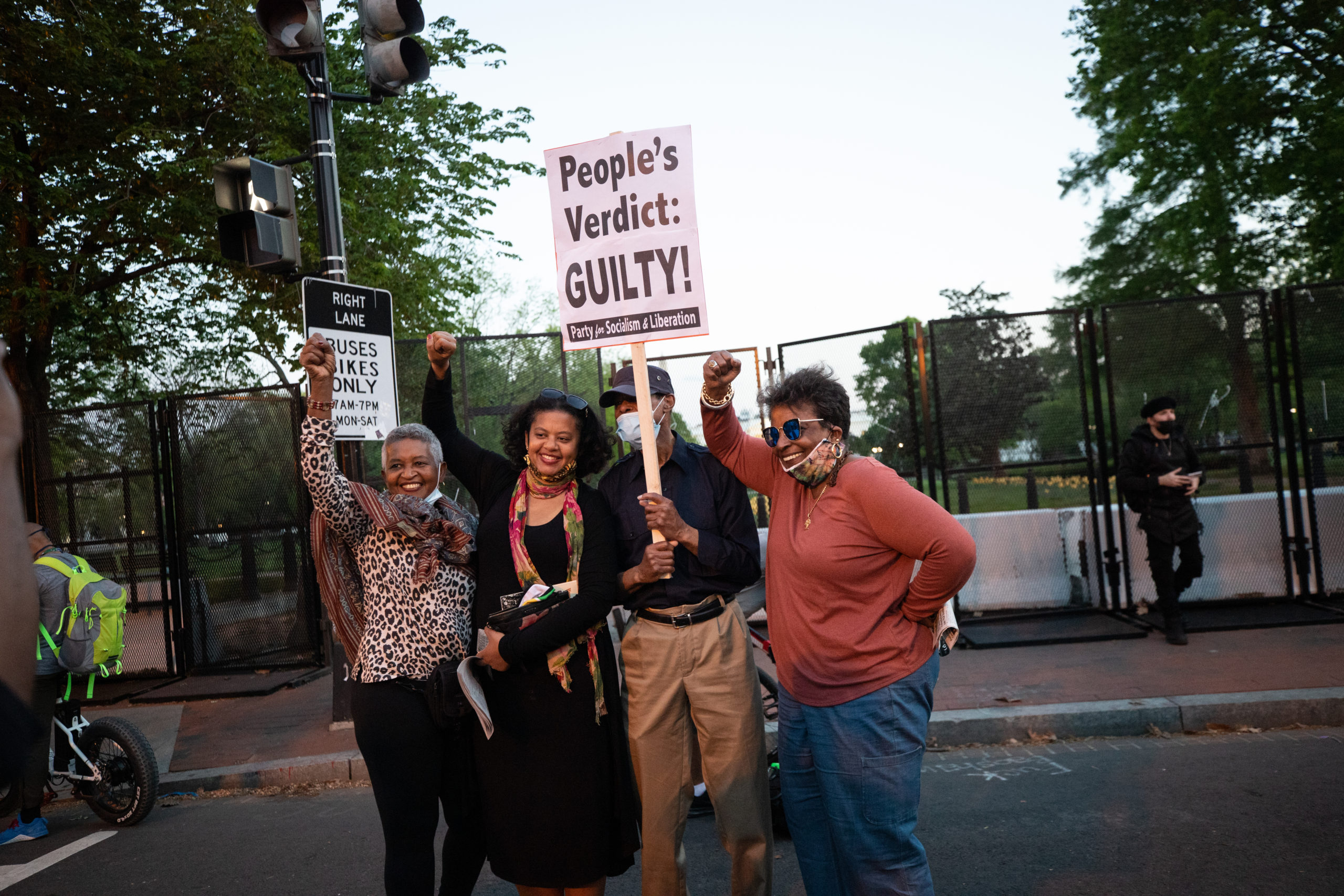 People raised their fists and posed for photographs at Black Lives Matter Plaza after the jury’s decision in the Derek Chauvin trial was announced on April 20, 2021, in Washington, D.C. (Kaylee Greenlee – Daily Caller News Foundation)

Groups of people posed for photographs in front of the fence blocking Lafayette Square Park that was previously covered in protest art. Others snapped pictured in front of St. Johns Church, which was vandalized and set ablaze during previous a riot following Floyd’s death.

Around 250 members of the D.C. National Guard were activated Monday to assist local law enforcement’s response to potential protests and unrest, the Daily Caller News Foundation reported. Guardsmen are expected to remain in the city until May 9 to help enforce road closures and other safety measures.

Chauvin faces a maximum prison sentence of 40 years for second-degree unintentional murder, 25 years for third-degree murder and 10 years and/or a fine of $20,000 for second-degree manslaughter, according to CNN. (RELATED: Biden Weighs In On Derek Chauvin Trial: ‘I’m Praying’ For The Right Verdict)

Around 1,600 National Guardsmen and officials from other agencies were deployed to D.C. on June 1 in response to weekend riots, though demonstration activity remained mostly peaceful despite multiple police kettles and arrests, the Daily Caller News Foundation reported.