President Joe Biden’s latest climate goal calls for slashing greenhouse gas emissions in half by the end of the decade. But meeting such an ambitious target could mean phasing out traditional gas-powered vehicles that make up almost all cars and trucks today.

Biden’s emissions target announced April 22 includes a 50-52% reduction in greenhouse gas emissions by 2030, effectively doubling the goal set by former President Barack Obama. The move is consistent with the president’s earlier goal of net-zero emissions by 2050, but the White House has not provided specifics on how the administration plans to reach that target.

Today, President Biden brought together 40 world leaders for the Leaders Summit on Climate and announced an ambitious new goal of cutting U.S. greenhouse gas emissions in half by 2030. pic.twitter.com/8sGGIJw21P

Gina McCarthy, the president’s national climate adviser, suggested during a press conference April 22 that emission cuts would likely have to come from outside the transportation sector.

She also defended the administration’s decision not to announce a specific timeline for phasing out gas-powered cars, telling reporters “we have a whole lot of ways” to slash emissions in half without a transportation goal.

Transportation is the largest source of U.S. greenhouse gas emissions, making up nearly 30% of all emissions, according to the Environmental Protection Agency. Now Democrats are calling on the president to ban the sale of gas-powered cars and move the sector away from fossil fuels.

A group of 70 House Democrats and 10 Senate Democrats sent a letter to Biden in March urging him to restore Obama-era vehicle emissions standards and, more importantly, “set a date by which new sales of fossil fuel vehicles will end entirely.” (RELATED: Senate Democrats Want To Make Climate Change A Pillar Of US Diplomacy)

The governors of nine states — all but one a Democrat — called on the Biden administration the day before its climate leadership summit April 22 to set new standards ensuring all medium-duty and heavy-duty vehicles sold are zero-emission by 2045. 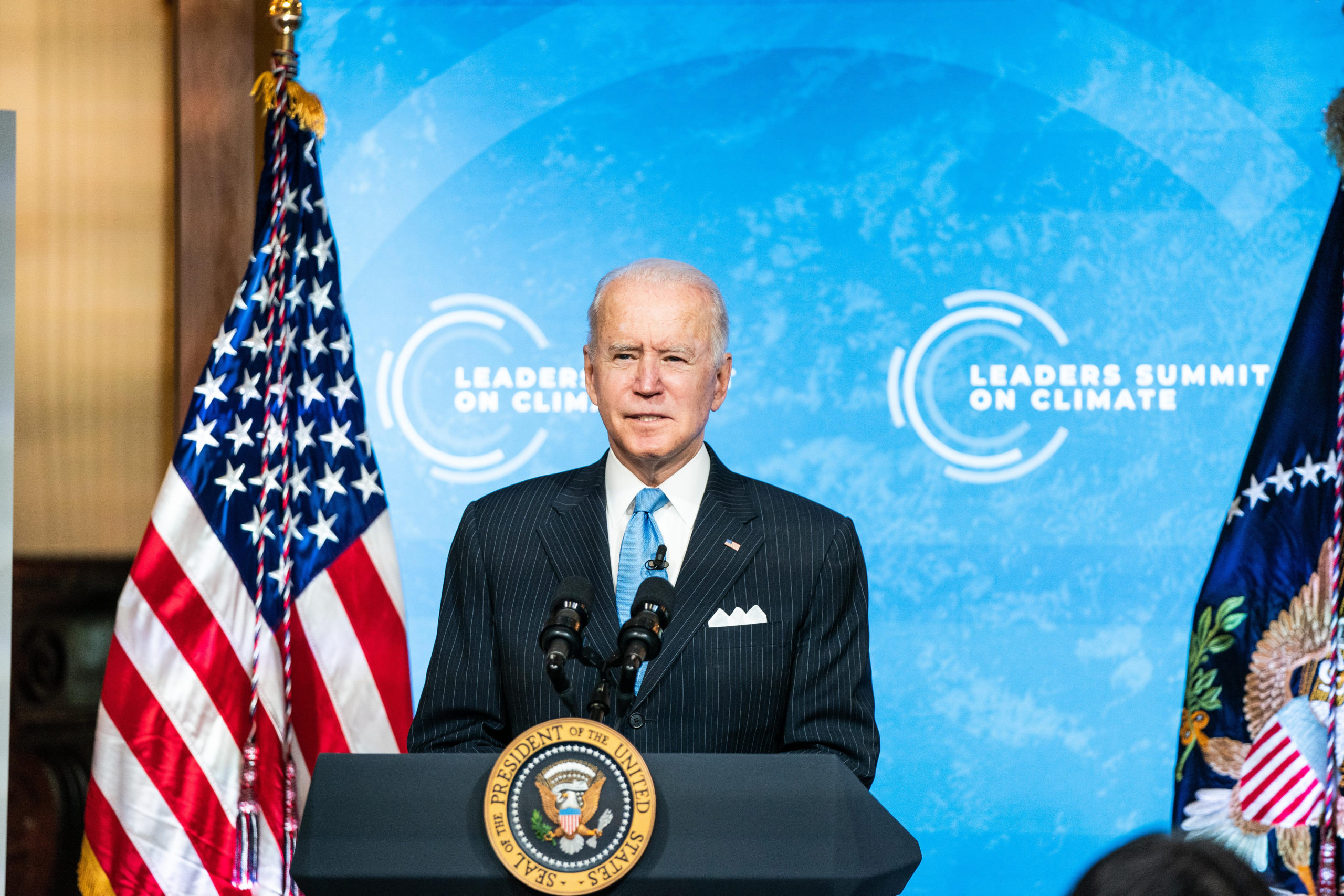 One of those governors was Gavin Newsom of California, who signed an executive order in September 2020 requiring all new cars and passenger trucks sold in the state to be zero-emission by 2035. Democratic California Sens. Alex Padilla and Dianne Feinstein have since called on Biden “to follow California’s lead” and ban gas-powered vehicles by then, Reuters reported.

Major automakers such as General Motors and Volvo have announced plans to go all electric within the next two decades. But electric vehicles made up only 1.8% of all cars and light trucks sold in 2020, a market share that will only increase roughly 1.5% by the end of 2021, according to IHS Markit.

United Auto Workers, among the nation’s largest labor unions, cautioned the White House that any plan to phase out gas-powered vehicles should take “the present market realities into consideration,” according to Reuters.

“Neither the current trajectory of consumer adoption of [electric vehicles], nor existing levels of federal support for supply- and demand-side policies, is sufficient to meet our goal of a net-zero carbon transportation future,” the group added.

Industry experts concurred and noted that there are simply too many gas-powered vehicles in the U.S. to replace by the end of the decade, ABC News reported. Between 14 and 17 million passenger vehicles were sold nationwide every year since 2015, and even if every new vehicle sold was electric, it could still take more than 16 years to replace the entire passenger fleet. 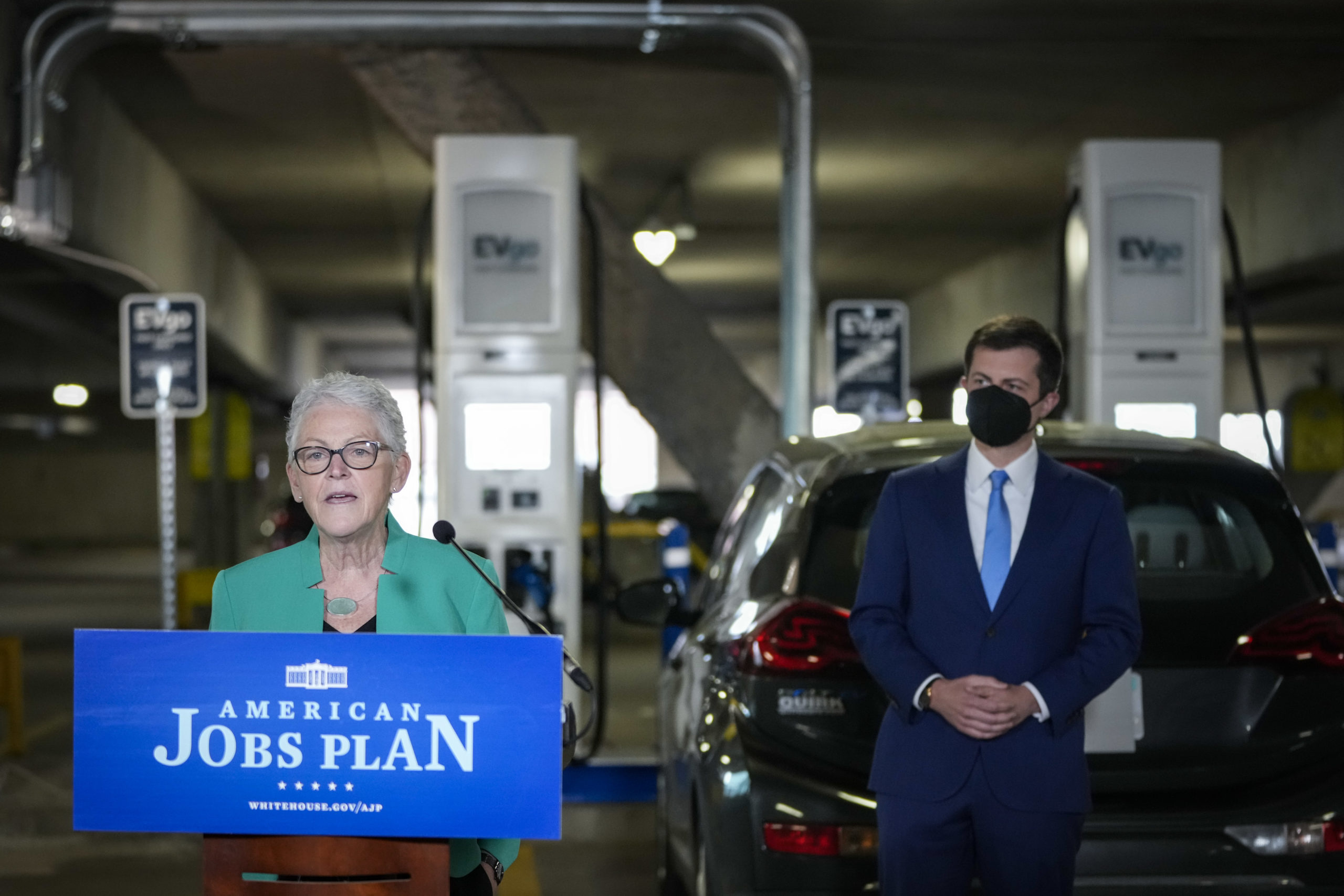 “If every new vehicle sold today was an electric vehicle and it was entirely powered by renewable energy overnight, it would take 10 years or more for us to achieve a 50% reduction in greenhouse gas emissions,” Ohio State University mechanical engineering professor Chris Atkinson told ABC News.

The Biden administration is already moving to expand electric vehicles, even without a specific timeline for replacing gas-powered cars. The president’s infrastructure plan includes a $174 billion investment in electric vehicles, including funds for research and development along with efforts to set up charging stations nationwide. (RELATED: Climate Experts Say Biden’s Infrastructure Plan Filled With ‘Wasteful Spending’ On Green Agenda)

The decarbonization of passenger vehicles is unlikely to come anytime soon, but it would almost certainly be the most significant change to the transportation sector since cars first became widely available in the early 20th century.