China’s birth rate hit its lowest level since the Chinese Communist Party began tracking population growth in 1953, a sign that the powerful nation may be heading toward an economic crisis.

Just 12 million babies were born last year in China, the world’s second-largest economy, the Chinese National Bureau of Statistics reported on Tuesday, according to The New York Times. Last year marked the fourth straight year that the Chinese population declined and the slowest percentage increase since the nation’s census was founded nearly 60 years ago in 1953.

As births have declined, the elderly continue to represent a higher portion of the population, according to the NYT. Chinese people more than 65 years old represent 13.5% of the total population compared to 8.9% in 2010.

“Aging has become a basic national condition of China for a period of time to come,” head of the National Bureau of Statistics Ning Jizhe told reporters after releasing the data Tuesday, the NYT reported.

China’s total population reached 1.41 billion in 2020, a 72 million increase since 2010 when the last census was taken, the report showed, according to the NYT. Overall, the country’s fertility rate is 1.3 meaning most Chinese women are expected to have just one child over the course of their lifetime, according to Reuters. (RELATED: Independent Report Finds Evidence Of Beijing’s ‘Intent To Destroy’ Uighurs In Xinjiang Genocide)

China adopted a one-child policy in 1979, allowing only one child per family, in an attempt to prevent overpopulation, according to the BBC. After years of decreasing population growth, however, China relaxed its policy in 2015 permitting two children per family. 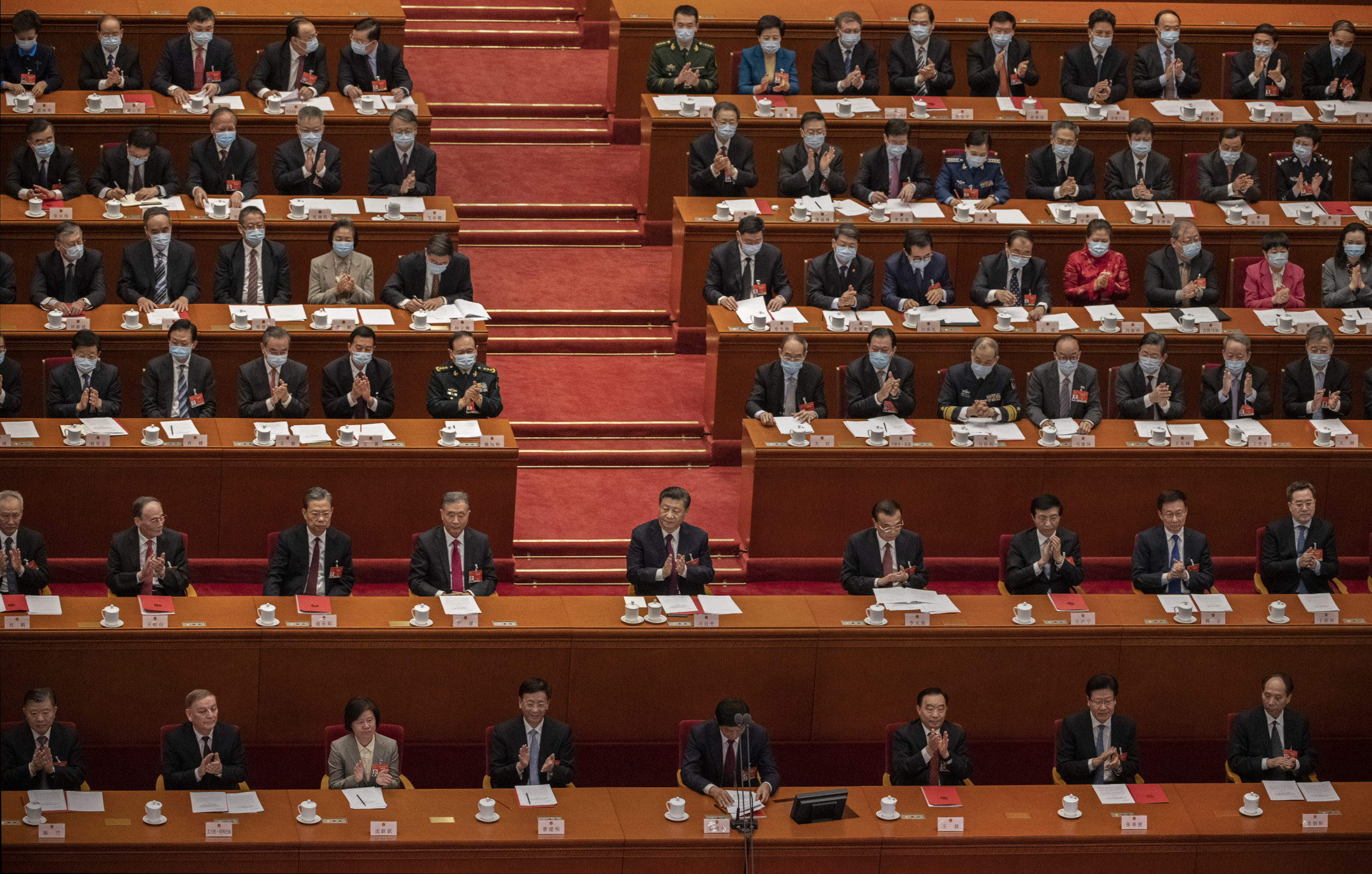 China’s President Xi Jinping and other lawmakers applaud during a closing session of the National People’s Congress at the Great Hall of the People on March 11 in Beijing, China. (Kevin Frayer/Getty Images)

But, families have continued to have just one child despite the relaxed guidance, according to Tuesday’s census release. At its current pace, China’s population is on track to be overtaken by India’s within several years.

“China is facing a unique demographic challenge that is the most urgent and severe in the world,” Liang Jianzhang, a research professor at Peking University in Beijing, China, told the NYT. “This is a long-term time bomb.”

A large decrease in China’s population will affect its “economic, social, science and technology, national defense, foreign affairs and other policies,” Yi Fu-Xian, a University of Wisconsin-Madison reproductive scientist, said before the data was released Tuesday, according to NBC News.

The population growth slowdown will further impact the size of the Chinese military and labor workforce, according to London School of Economics professor Kent Deng, NBC News reported.

An aging population can cause lower economic productivity as retirements become more common than births, according to a 2020 International Monetary Fund report on Japan. A nation with stagnant population growth will eventually have difficulty maintaining welfare programs that are paid for by workers and which largely benefit the elderly.

Meanwhile, the Chinese government has reportedly engaged in forced sterilization of its minority Muslim population, according to the Associated Press. China forced hundreds of thousands of Uighur Muslims to have pregnancy tests, use intrauterine devices and to undergo abortions.