President Joe Biden asked the intelligence community “to redouble their efforts” in coming to a “conclusion” on the origins of COVID-19 on Wednesday.

In a press release issued by the White House, Biden said he pushed for the Centers for Disease Control and Prevention (CDC) to get access to China in early 2020 to learn about the virus. The president criticized “the failure to get our inspectors on the ground” before going on to note that currently there are “two likely scenarios” regarding the origins of COVID-19.

“As of today, the U.S. Intelligence Community has ‘coalesced around two likely scenarios’ but has not reached a definitive conclusion on this question,” Biden noted. “Here is their current position: ‘while two elements in the IC leans toward the former scenario and one leans more toward the latter – each with low or moderate confidence – the majority of elements do not believe there is sufficient information to assess one to be more likely than the other.'”

The two likely scenarios are that COVID-19 “emerged from human contact with an infected animal or from a laboratory accident,” Biden added before announcing his push for the intelligence community to continue investigating and come to a “conclusion.”

“The United States will also keep working with like-minded partners around the world to press China to participate in a full, transparent, evidence-based international investigation and to provide access to all relevant data and evidence,” he continued, lightly calling out China. (RELATED: ‘Politics, Not Science’: Scientists Cast Doubt On China’s Story Of COVID-19) 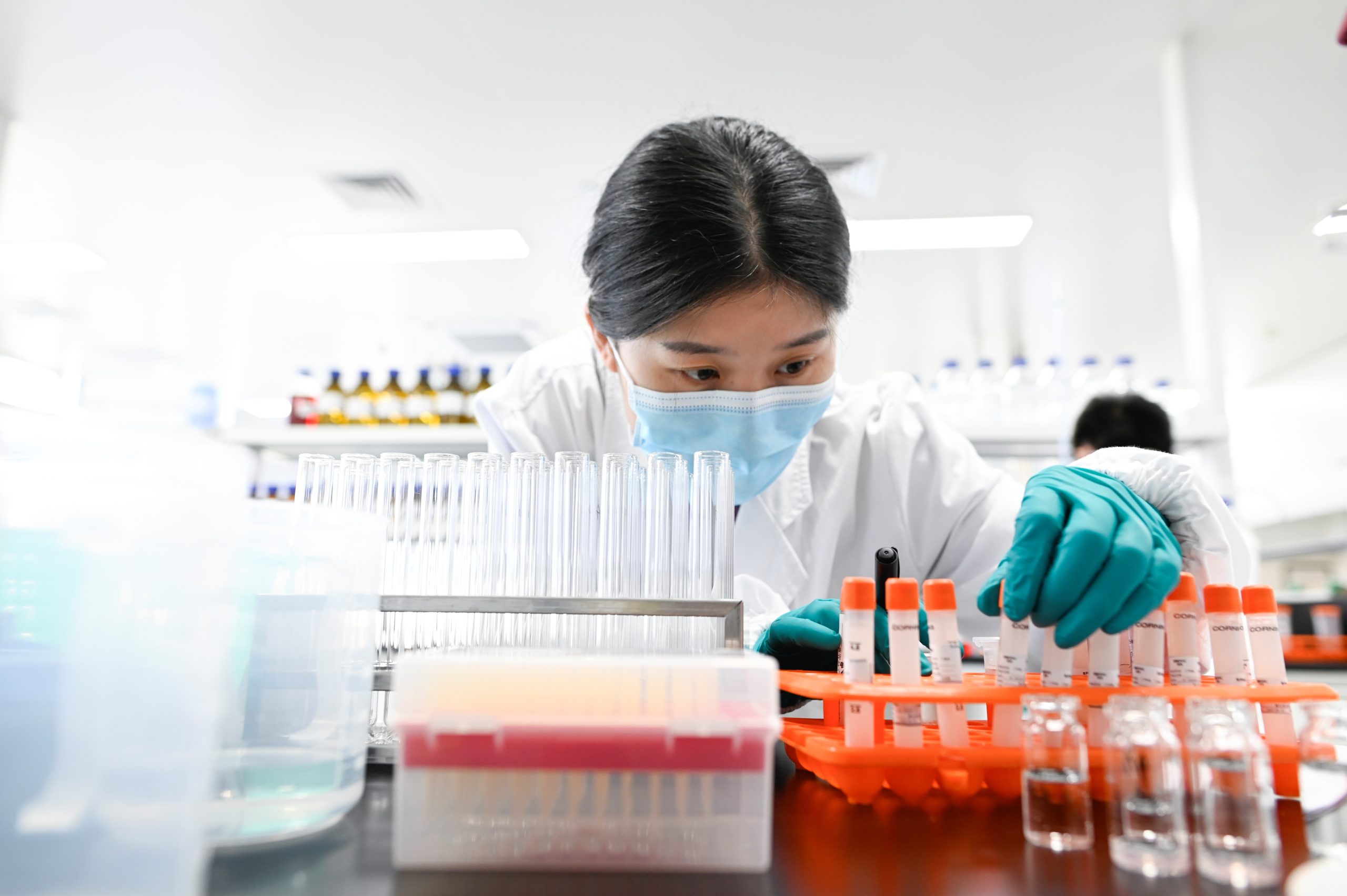 An engineer works in the general laboratory during a media tour of a new factory built to produce a COVID-19 coronavirus vaccine at Sinovac, one of 11 Chinese companies approved to carry out clinical trials of potential coronavirus vaccines, in Beijing on September 24, 2020. (WANG ZHAO/AFP via Getty Images)

The president’s announcement comes after much of the media decried and dismissed the lab leak theory —which former President Donald Trump mentioned often as a viable option into the virus’s origins — as a conspiracy theory throughout much of 2020.

A lengthy investigation piece published by New York Magazine in January explored the lab leak theory. The author argued that based on his findings, the theory had legs and shouldn’t be dismissed as a conspiracy.

“A lab accident — a dropped flask, a needle prick, a mouse bite, an illegibly labeled bottle — is apolitical,” the piece reads. “Proposing that something unfortunate happened during a scientific experiment in Wuhan — where COVID-19 was first diagnosed and where there are three high-security virology labs, one of which held in its freezers the most comprehensive inventory of sampled bat viruses in the world — isn’t a conspiracy theory. It’s just a theory. It merits attention, I believe, alongside other reasoned attempts to explain the source of our current catastrophe.”

This, coupled with various developments regarding the “conspiracy theory” throughout 2021, prompted a slow change among members of the media, who were forced to admit that the theory had credence. (RELATED: PolitiFact Quietly Retracts ‘Pants On Fire’ Lab Leak Fact Check)

Despite Biden’s latest declaration, the White House has not said what the president personally believes. White House press secretary Jen Psaki wouldn’t directly answer where he stands on the lab leak theory during Tuesday’s press briefing, instead, saying that he backs “an independent investigation.”

“He believes that every theory should be explored … but that we shouldn’t jump to conclusions before that data and that information is made available,” Psaki said.