Border officials recorded over 200 migrant deaths and about 7,000 rescues for migrants who attempted to illegally enter the U.S. since October 2020, a Customs and Border Protection spokesperson told the Daily Caller News Foundation Thursday.

Migrants continue to try and enter the U.S illegally despite high temperatures and other dangers, the Customs and Border Protection (CBP) spokesperson told the DCNF. Border officials rescued at least 60 migrants and a suspected smuggler this week and have discovered over 203 dead migrants since October 2020.

“CBP’s message for anyone who is thinking of entering the United States illegally along the Southern border is simple: don’t do it,” a CBP spokesperson told the DCNF. “When migrants cross the border illegally, they put their lives in peril. The terrain along the border is extreme, the summer heat is severe, and the miles of desert migrants must hike after crossing the border in many areas are unforgiving.”

“Although CBP does everything it can to locate and rescue individuals who are lost or distressed, the bottom line is this: there are thousands of square miles of mostly desert wilderness that extend immediately north of the border in our area of responsibility,” the spokesperson added. “People who made the decision to make the dangerous journey into this territory have died of dehydration, starvation, and heat stroke despite CBP’s best efforts to locate them.” 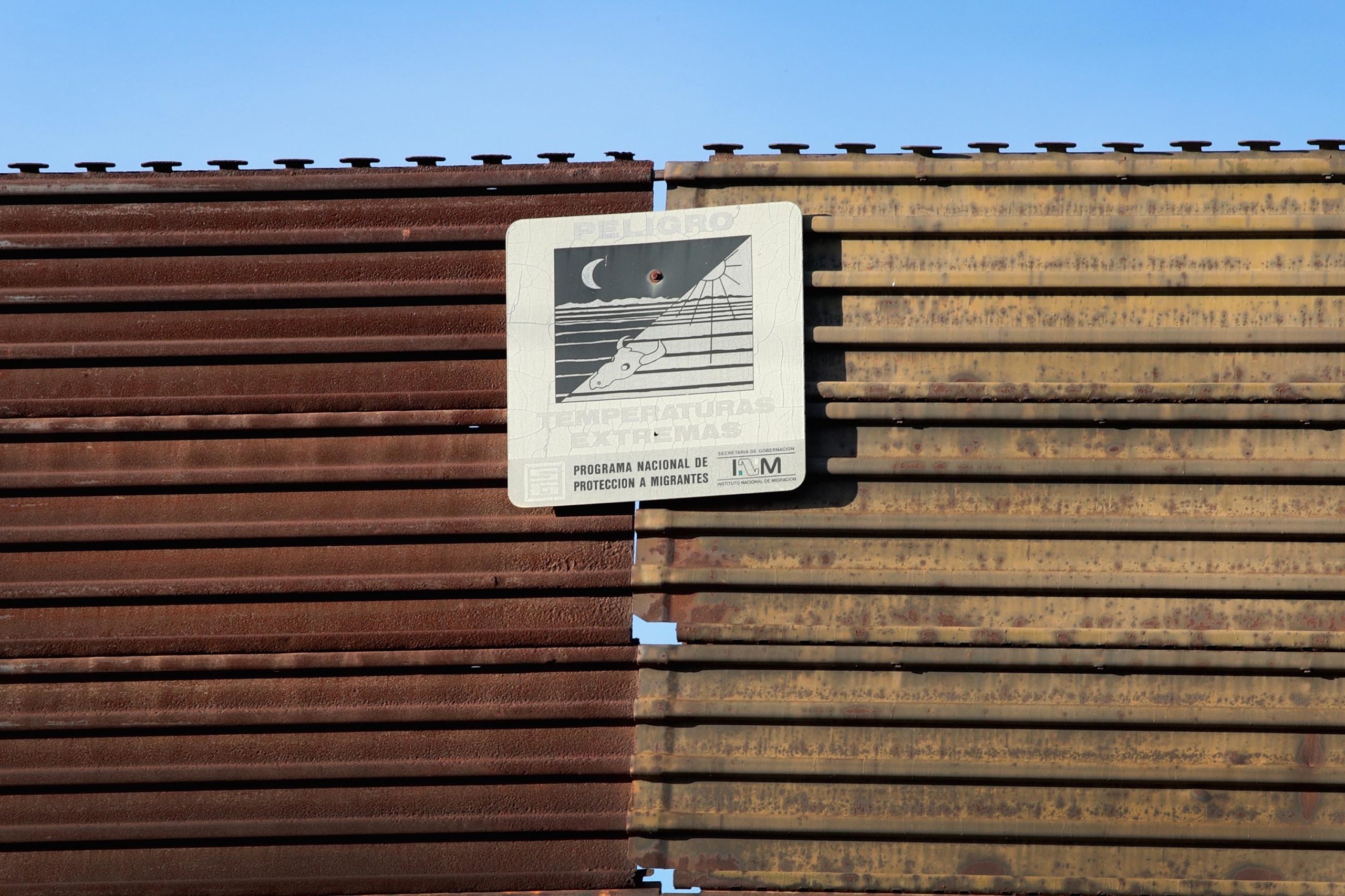 A sign hanging on the Mexican side of the border wall that separates the United States from Mexico warns migrants of the dangers of traveling through the desert. (Photo by Scott Olson/Getty Images)

Texas border officials recorded the most migrant deaths, including 45 in Del Rio, 37 in the Rio Grande Valley (RGV) and 33 in Laredo since October 2020, a CBP spokesperson told the DCNF.

Border officials airlifted an unresponsive migrant woman suffering from a heat-related injury Wednesday morning to a local hospital for treatment. The woman was traveling with a group of 30 illegal migrants in a remote area near Sierra Blanca, Texas. (RELATED: What Happens After Migrants Are Released From CBP Custody?)

“If we had not located the injured woman in time, the afternoon heat could have proved fatal for this poor woman,” El Paso Air and Marine Operations Director John Stonehouse said in a statement. “Human smuggling organizations continue to illegally push these vulnerable migrants across the border in the deserts and mountains of West Texas and New Mexico in 100 degree plus weather placing their lives in danger. They often abandon these people in remote areas without food or water.”

Border officials rescued a suspected smuggler who nearly drowned after migrants attempting to illegally enter the U.S. jumped off a raft in an attempt to avoid apprehension in Texas’ Rio Grande Valley Wednesday, according to CBP. Border Patrol agents saved 17 illegal migrants who were abandoned by smugglers in the Rio Grande Valley Monday, including a teenager who was left alone in a bush for nearly two days and multiple others suffering from extreme dehydration requiring hospitalization.

Officials found 33 illegal migrants were trapped in a locked U-Haul box-truck in a suspected smuggling attempt near Van Horn, Texas, Tuesday, according to CBP. The migrants “were close to perishing due to excessive heat and lack of fresh air in temperatures still hovering near 100 degrees” and 12 of them were hospitalized while others were treated at the scene.

Eight illegal migrants were rescued after getting lost in the mountains of the Jacumba Wilderness in California Tuesday night, CBP said. Five other illegal migrants were saved from the same region Monday including a woman suffering from a sprained ankle and a man who was left behind and lost in the mountains. (RELATED: Border Agents Report Being Overworked, Understaffed And Exposed To COVID-19 During Migrant Surge)

Officials encountered over 180,000 migrants at the southern border in May, though most of them were rapidly expelled to Mexico under Trump-era public health order Title 42, according to CBP.