The number of gun-related homicides in the U.S. has skyrocketed since last year, and some are concerned a new wave of gun violence this summer could be even worse than the record-breaking number of homicides in 2020.

A series of mass shootings in Austin, Texas, and other cities earlier in June brought the total number of such incidents this year to 294, according to the Gun Violence Archive. The nonprofit research group reported 611 mass shootings in 2020 amid a surge in violent crime attributed in part to civil unrest following George Floyd’s death. (RELATED: Homicides In Minneapolis Have More Than Doubled In Year Since George Floyd’s Death)

But mass shootings, which the Gun Violence Archive defines as shootings involving four or more people who were shot, are just one portion of the total number of gun-related homicides. More than 9,300 people have died from such incidents in the U.S. this year and experts worry “we may be entering a new period” of gun violence, according to The Associated Press (AP).

It may be common for news outlets to report mass shootings by connecting those incidents to the perpetrator’s possible political or other such personal motivations. Democrats in the White House and Congress have also justified gun control policies by citing mass shootings and gun violence.

Richard Berk, a criminology professor at the University of Pennsylvania, noted there are numerous factors behind gun violence that often go unmentioned. A number of local officials and law enforcement agencies, for example, believe gangs may be partly responsible for this year’s surge in gun violence.

The U.S. does not compile national statistics on gang-related violence, but discontinued data once compiled by the National Gang Center under the Justice Department included information on homicides caused by gang violence. (RELATED: Dallas Police Say There’s Been An Increase In Gang-Related Crimes)

Based on annual surveys of local law enforcement agencies, the data found nearly 12,000 gang-related homicides in the U.S. between 2007 and 2012, or about 13% of all murders reported during that time span according to data compiled by the FBI.

In Rochester, which reported its 30th homicide this year last Friday, Democratic Mayor Lovely Warren said the city’s uptick in gun violence is related to gangs. The Rochester Police Department told News10NBC last week that street-level and local gangs have contributed to a growing number of homicides.

Portland has counted 37 homicides so far this year, more than six times the number recorded in the same period last year, according to Oregon Public Broadcasting. Local law enforcement estimated around half of Portland’s shootings this year are gang-related, comparable to the city’s pervasive gang violence problems during the 1990s. (RELATED: Portland Police Department Says It Doesn’t Track Gang Activity As Gang Violence Rises) 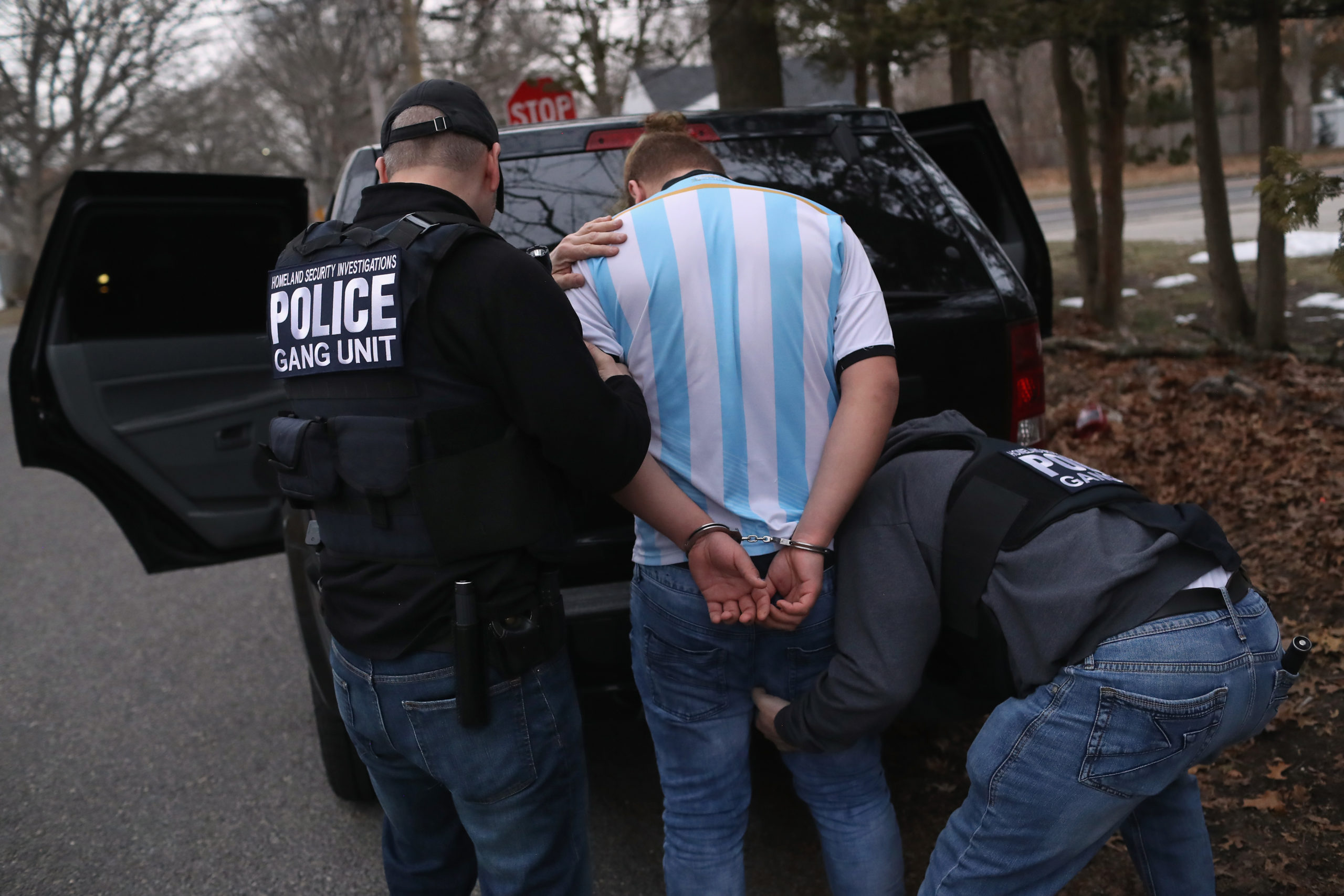 Agents frisk a suspected MS-13 gang member after arresting him at his home in Brentwood, New York (John Moore/Getty Images)

Atlanta has counted more than 60 homicides so far this year, a surge in violence that Democratic Mayor Keisha Lance Bottoms has referred to as a “COVID crime wave,” according to The Atlanta Journal-Constitution. Atlanta police Chief Rodney Bryant said gangs have contributed to the uptick in gun violence.

Chicago has counted 294 instances of homicides so far this year, according to the Chicago Tribune, and gun violence has soared since 2020. Alderman Raymond Lopez of Chicago’s 15th Ward slammed Democratic Mayor Lori Lightfoot last week for doing little to stop the city’s “mostly gang-related violence.”

President Joe Biden proposed a number of initial actions in April to address the “public health epidemic” of gun violence. The American Jobs Plan also includes a $5 billion spending item for community-led programs that some researchers said could help curb shootings sparked by gang conflicts and drug rivalries, according to NBC News.

Gangs may be partly responsible for the surge in gun violence this year, particularly in major urban areas, but there could be several other factors contributing to rising crime rates since 2020.

One of the biggest rallying cries from last summer’s Black Lives Matter protests was “defund the police,” and now many American cities are dealing with the consequences of that message. (RELATED: Amid Calls To Defund Police, Women And Minorities Just Keep Stocking Up On Guns) 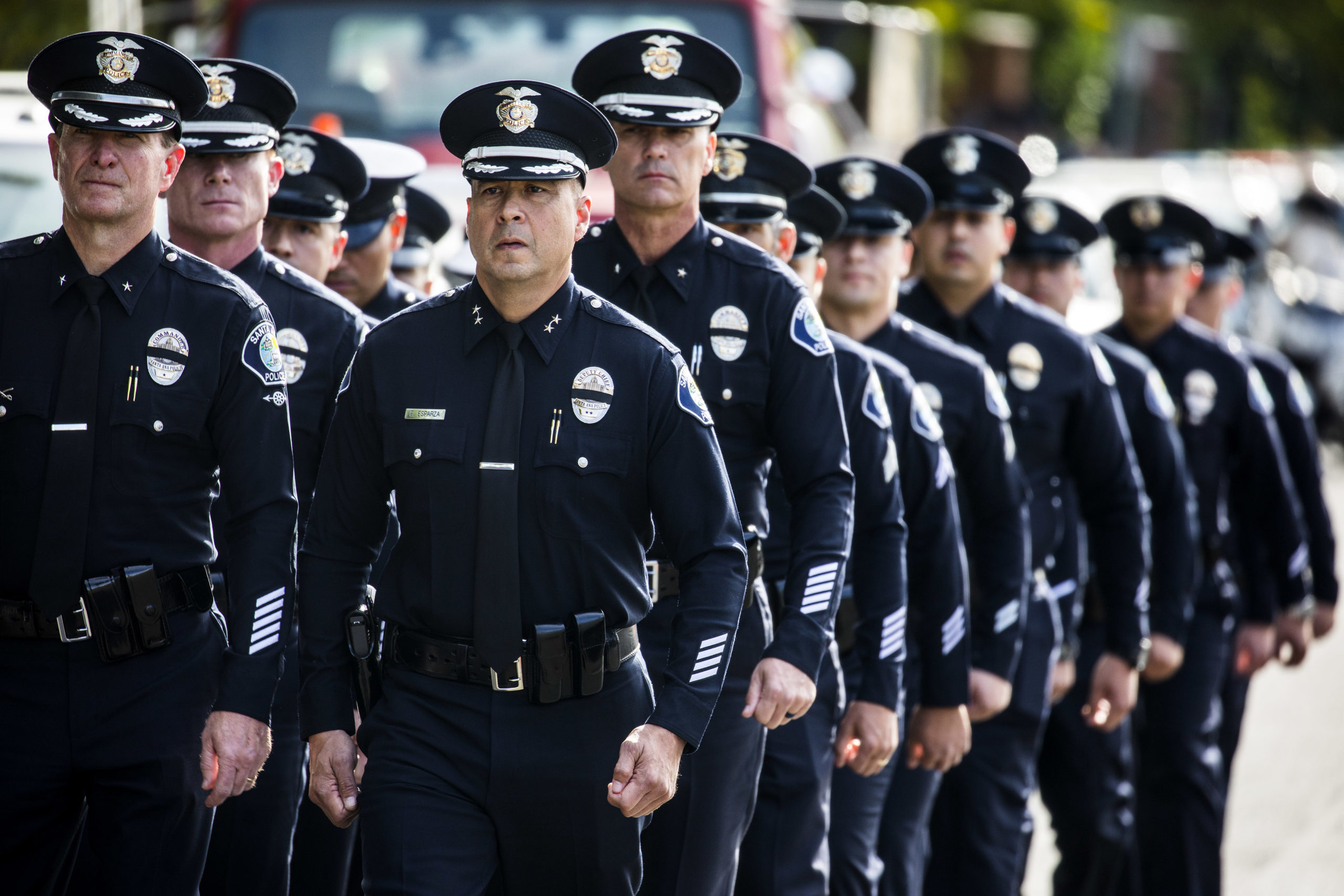 At least 13 major cities including New York, San Francisco, Philadelphia and Baltimore reduced or re-allocated police budgets in the months after Floyd’s death in May 2020, according to Forbes.

Police departments across the country told the Daily Caller News Foundation that budget constraints have limited their ability to hire new recruits. Several departments also cited an increasingly negative perception of police among some communities.

James Alan Fox, a criminologist and professor at Northeastern University, further told AP that a combination of post-pandemic activities, summer weather and “divineness” are creating the conditions for a new wave of gun violence this summer.

“It’s worrisome,” he warned. “We have a blend of people beginning to get out and about in public. We have lots of divisiveness. And we have more guns and warm weather. It’s a potentially deadly mix.”