Former President Donald Trump said that Democrats “disparaged the vaccine” and should be blamed for some people’s hesitancy to get the shot, in an exclusive interview with Fox News published Monday.

“If you remember, when I was president, there were literally lines of people wanting to take it,” Trump said in the interview. “Now, you have a different situation, and it’s very bad.”

“Of course, they famously said, ‘if Trump came up with it, I’ll never take it,'” the former president said. “They disparaged the vaccine, and now they wonder why people aren’t wanting to take it? It’s a disgrace.” 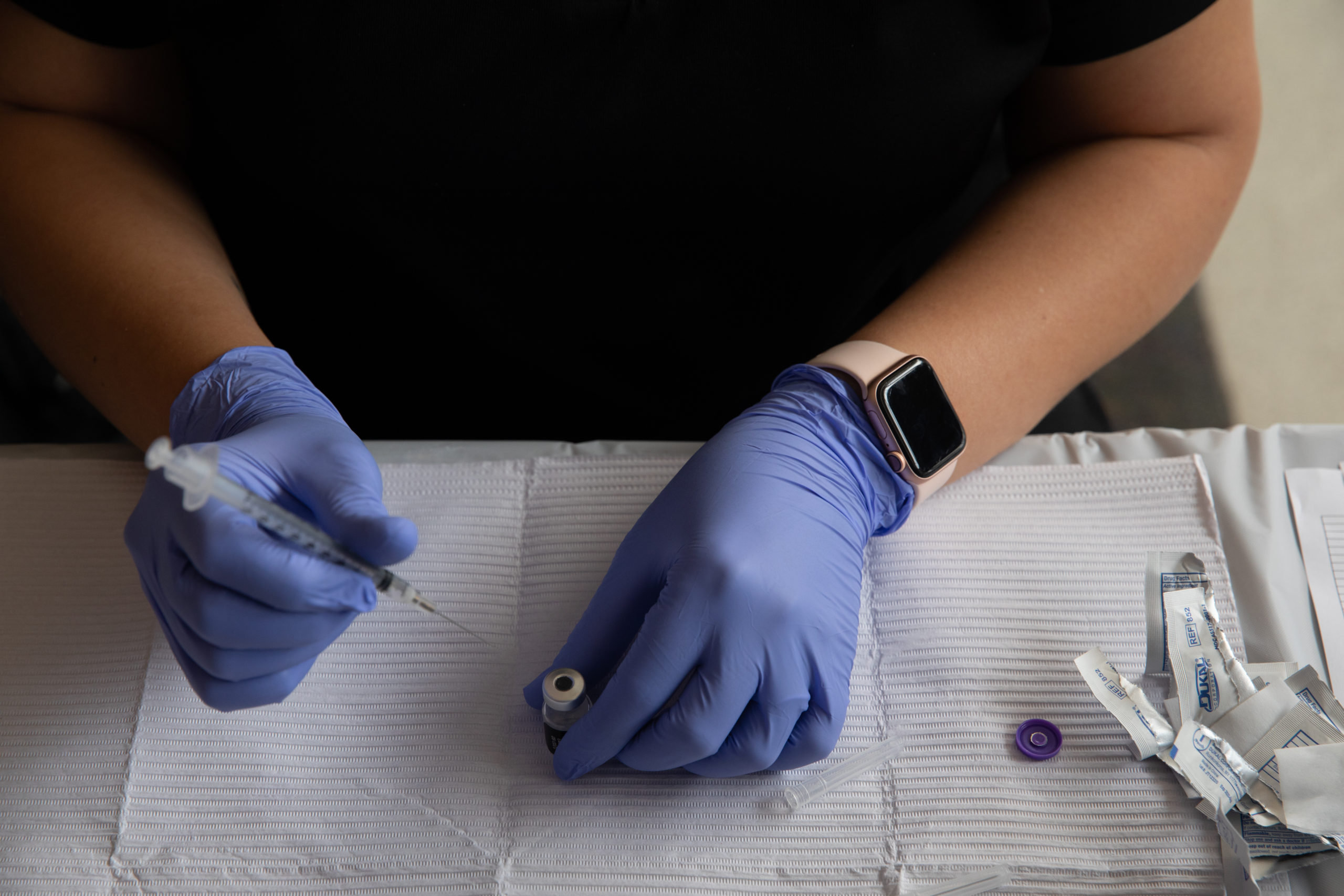 Vice President Kamala Harris told CNN’s Dana Bash in September of 2020 she would be wary of taking the vaccine, alleging Trump would muzzle any scientists who disagreed with him. (RELATED: ANALYSIS: The Left Said It Wouldn’t Trust The Trump Vaccine. Now They’re Shaming The Unvaccinated)

“If past is prologue, they will not, they’ll be muzzled, they’ll be suppressed, they will be sidelined,” Harris said. “Because he’s looking at an election coming up in less than 60 days and he’s grasping for whatever he can get to pretend that he’s been a leader on this issue when he has not.”

“I will say that I would not trust Donald Trump and it would have to be a credible source of information that talks about the efficacy and the reliability of whatever he’s talking about. I will not take his word for it,” Harris said. She later reiterated the statement. If Trump “tells me to take [the vaccine], I’m not taking it,” she said.

Former Democratic New York Gov. Andrew Cuomo urged Americans to be skeptical of the vaccine, adding he was “not that confident” in it.

“You’re going to say to the American people, ‘now, here’s a vaccine, it was new, it was done quickly, but trust this federal administration and their health administration that it’s safe, and we’re not 100% sure of the consequences.’ I think it’s going to be a very skeptical American public about taking a vaccine, and they should be.”

MSNBC host Joy Reid also expressed skepticism about the vaccines, noting she feared that its development under Trump was cause for concern.

“When it comes, particularly in our community, black people, they might be like, ‘I don’t trust science.’ Tuskegee experiments, etc. There’s just not a lot of trust and it was developed during the Trump era. I’m worried about both,” Reid said.

President Joe Biden expressed skepticism over the vaccine under Trump, according to Reuters.

“Let me be clear: I trust vaccines, I trust scientists, but I don’t trust Donald Trump. At this moment, the American people can’t either.”

Trump later said the rhetoric was “recklessly endangering lives,” according to Reuters.

Trump told Fox News how unvaccinated Americans “don’t trust this president, and that’s why they’re not taking it.”

Democratic New York Rep. Sean Patrick Maloney, however, blamed Republicans on Monday for vaccine hesitancy, according to The Hill.

“From day one of this pandemic, Republicans have rejected reality and embraced political extremism by lying about the effectiveness of vaccines, mask wearing and social distancing. It’s clear Republicans’ recklessness fueled the COVID-19 surge and threatens the health and economic progress President Biden and House Democrats delivered with the American Rescue Plan.”

“I believe totally in your freedoms. I do. You’ve got to do what you have to do,” Trump said, according to NBC News. “But I recommend take the vaccines. I did it. It’s good. Take the vaccines.”

Members of the crowd began booing, to which Trump responded, “no, that’s OK. That’s all right. You got your freedoms.”

It’s not just Republican Trump-voters who are very reluctant to get the vaccine. Recent data shows black and hispanic Americans are highly skeptical of receiving the jab.

Approximately 75% of Americans have received at least one dose of the COVID-19 vaccine. An analysis of data from the Centers for Disease Control and Prevention by the Kaiser Family Foundation, a non-profit organization focusing on national health issues, shows black and hispanic Americans have received smaller shares of vaccinations compared to their share of cases. Black and hispanic Americans were also less likely to get the vaccine than white Americans.

The New York Times reported that aside from rural, evangelical Christians, black and latino Americans, as well as some Democrats, make up the other group who are opposed to getting the shot.