“The truth is that abortion is a safe, common medical procedure,” Hochul wrote. “One in four women will undergo an abortion in her lifetime. I am proud that New York is leading the fight to ensure that every woman and birthing person has access to abortion care.”

The “one in four” statistic that Hochul referenced is outdated and inaccurate, based on available data.

Hochul did not immediately respond to a request for comment from the Daily Caller News Foundation specifying what type of misinformation she wishes Facebook to censor, but her Monday letter references Facebook posts about the Reproductive Health Act, which Cuomo signed into law in January 2019. (RELATED: World Trade Center Lit Up In Pink To Celebrate Abortion Bill)

The Reproductive Health Act’s passage removed abortion from New York’s criminal code, allows non-doctors to perform abortions and allows women to obtain late-term abortions if their health is in danger or if their unborn baby is not viable.

Fact-checkers like Politifact have rated Facebook posts “False” for saying that the New York law allows abortions up until birth, though the legislation does not specify at what point an abortion is no longer permissible.

The Reproductive Health Act states that an abortion may be performed when “according to the practitioner’s reasonable and good faith professional judgment based on the facts of the patient’s case: the patient is within twenty-four weeks from the commencement of pregnancy, or there is an absence of fetal viability, or the abortion is necessary to protect the patient’s life or health.”

The Reproductive Health Act does not define “health” or “fetal viability,” as a USA Today fact check noted.

The USA Today fact check rated the claim that the law legalizes abortion up until birth as “partly false,” saying, “while it is true that New York’s abortion law allows procedures after 24 weeks, there are rules guiding that procedure: if the fetus is not viable or if the health or life of the mother is at risk.”

“If medical practitioners determine that either of these factors are present, the mother can choose to have an abortion,” the fact check concluded.

Pro-life activists like Live Action Founder and President Lila Rose have said that they are inappropriately targeted by biased Facebook fact-checkers. In September 2019, two abortionists were cited in a fact check dinging Live Action, and one of these abortionists had openly criticized Live Action and Rose.

Facebook works with third-party fact-checkers certified through a “non-partisan International Fact-Checking Network” in attempts to identify and rate false news. Content rated false will appear lower in a user’s news feed — this “significantly reduces the number of people who see it,” according to Facebook. 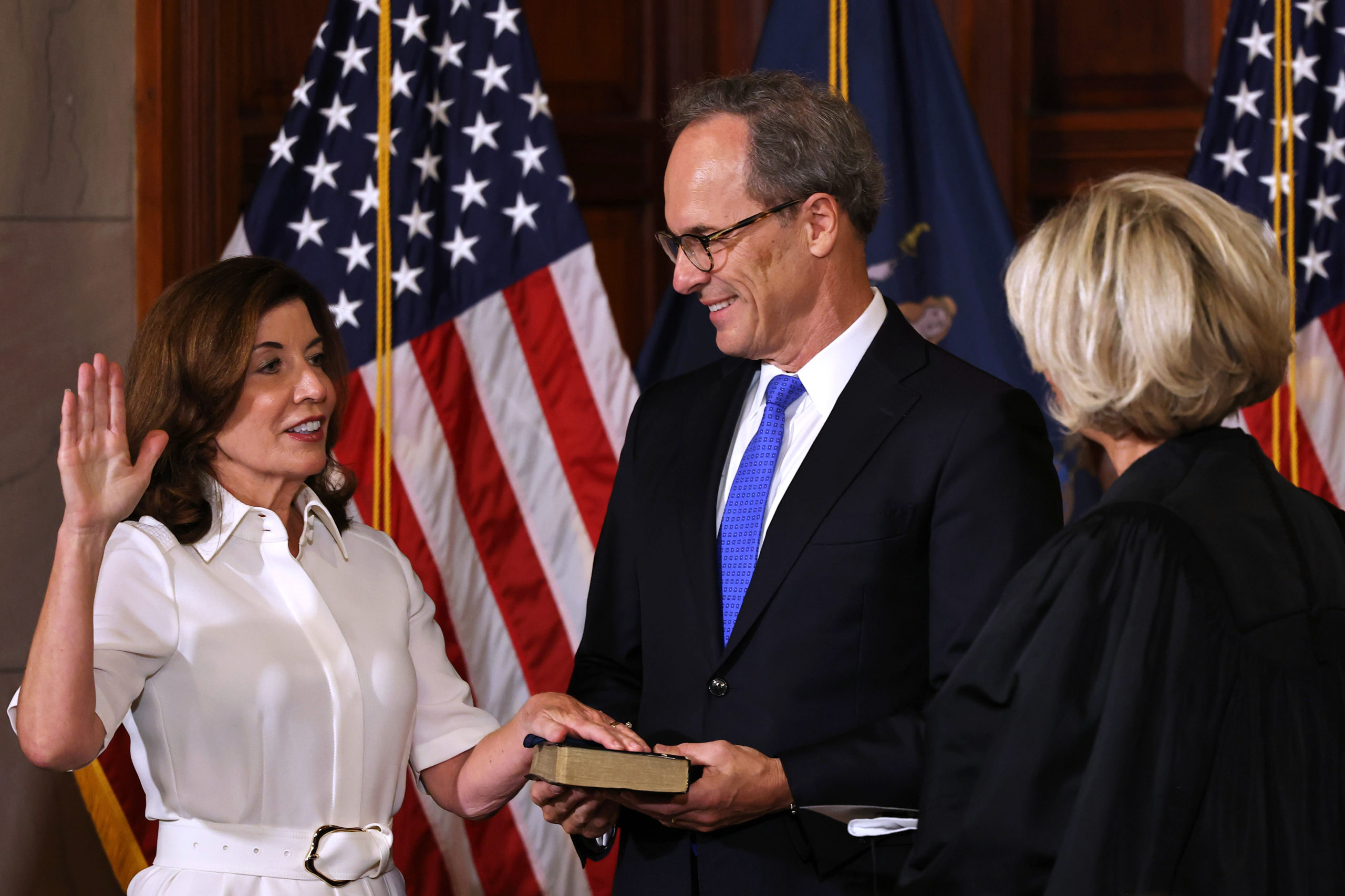 The new law has particularly upset abortion advocates, as it allows “any person” to sue doctors, abortion clinics, or anyone who “knowingly engages in conduct that aids or abets the performance or inducement of an abortion.”

Hochul and Democratic New York Sen. Kirsten Gillibrand also announced an agenda to “affirm abortion rights and cement New York’s status as a place to welcome women seeking abortion care,” according to a press release from the governor’s office.

The governor directed state agencies to “coordinate a statewide public information campaign” that will make women aware of their legal protections and develop a patient bill of rights. Hochul also ordered the New York Department of Health to help ease patient’s ability to access abortion drugs in health visits that take place over the phone or the internet, the press release said.

“The recent law in Texas – and the Supreme Court’s refusal to block it – is dangerous and disturbing,” Gillibrand said in a statement. “This law is not just unconscionable, it’s unconstitutional. At the federal level, we must pass the Women’s Health Protection Act, which would create federal protections against state restrictions that fail to protect women’s health and intrude upon personal decision-making.”

“Here in New York,” she continued, “we luckily have a governor who understands and champions fundamental reproductive rights. I stand ready to support Governor Hochul’s efforts to ensure that providers, patients and the people of New York have the best information about abortion care and the resources to get the care they need.”