President Joe Biden is meeting with feuding factions of his party Wednesday in an attempt to save the bulk of his domestic agenda from legislative implosion.

The items at stake are Democrats’ sweeping $3.5 trillion social safety net and the bipartisan infrastructure bill. Despite his party’s congressional majorities, moderates and progressives find themselves miles apart on the size and scope of the spending package, with the latter warning that they will tank the public works bill if moderates trim down the multitrillion dollar legislation.

Biden is meeting with both House Speaker Nancy Pelosi and Senate Majority Leader Chuck Schumer, responsible for navigating the legislation through their caucuses with just three and zero votes to spare, respectively. The meetings come just five days before the House is set to vote on the infrastructure bill, and progressives have vowed to vote against it if the budget remains unfinished. (RELATED: Democrats Are All In On The Largest Budget In History. Its Passage Is Far From Certain) 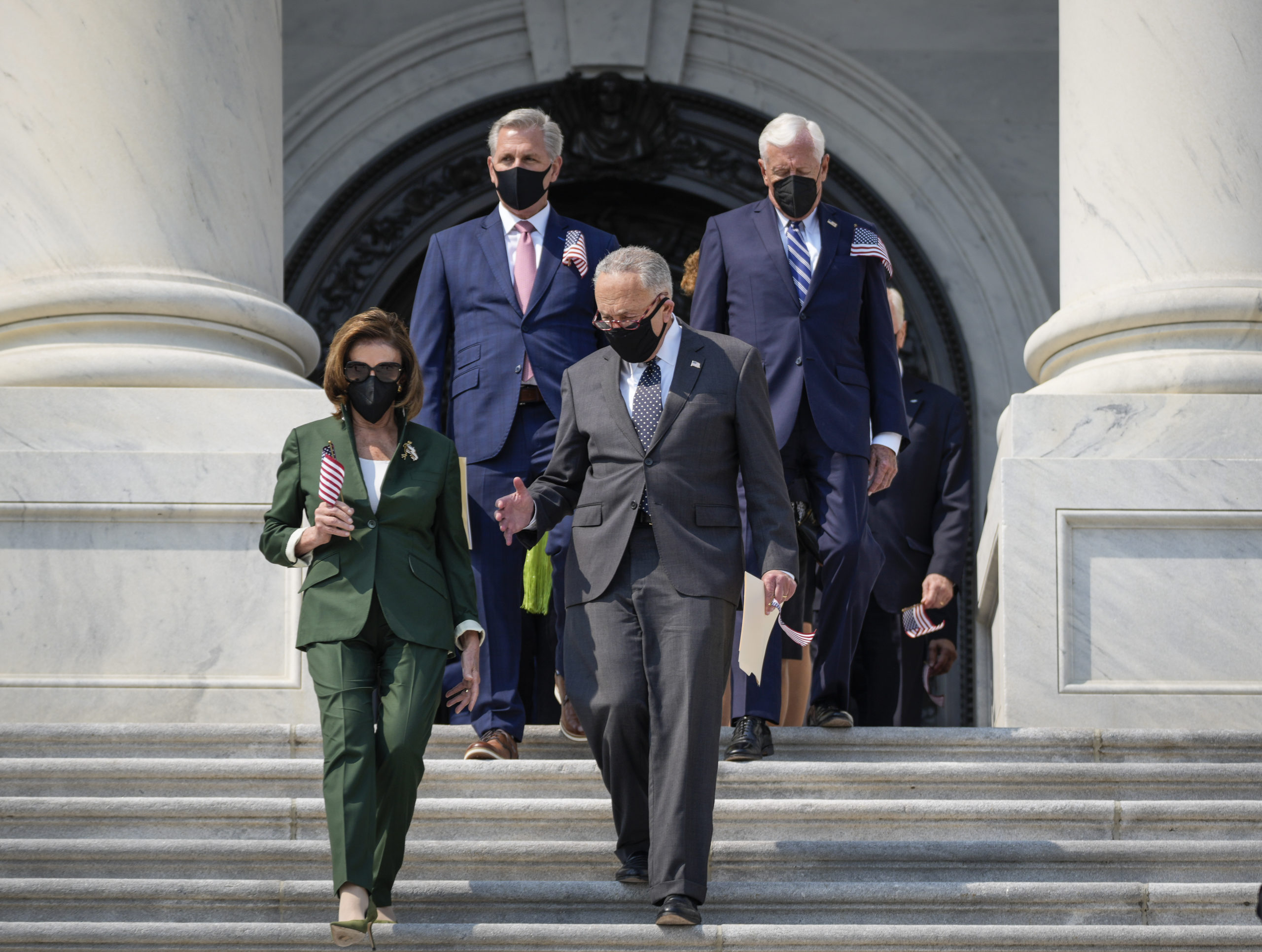 Speaker Nancy Pelosi and Majority Leader Chuck Schumer walk down the steps of the Capitol Monday to mark the 20th anniversary of the 9/11 terror attacks. (Drew Angerer/Getty Images)

That possibility is quickly becoming reality; moderates like West Virginia Sen. Joe Manchin have already called for Congress to “pause” on the budget until 2022 while they deal with a government funding bill and debt ceiling fight. And Arizona Sen. Kyrsten Sinema raised the stakes even further Monday, warning that if Monday’s infrastructure vote fails she will vote against a budget resolution, almost certainly killing it given the Senate’s 50-50 split. (RELATED: Congress Barrels Toward Debt Ceiling Catastrophe As Shutdown Looms)

Even with Sinema’s upping the ante, progressives remained steadfast in their threats.

“I don’t think the speaker is going to bring a bill up that is going to fail,” Rep. Pramila Jayapal, the chair of the House Progressive Caucus, told reporters Tuesday. “Our position has not changed.”