The Senate Thursday evening temporarily averted a debt default after passing legislation to extend the debt ceiling and cover the nation’s bills until December.

The legislation passed 50-48, a day after Democrats agreed to a compromise offered by Minority Leader Mitch McConnell and 11 days before the country would be unable to pay its bills according to Treasury Secretary Janet Yellen. Though Republicans remained opposed to an increase, he said, they would allow Democrats to pass a short-term extension under regular order to prevent a default, giving them more time to raise it via an expedited reconciliation process.

“We have already made it clear we would assist in expediting the 304 reconciliation process for stand-alone debt limit legislation,” McConnell said. “To protect the American people from a near-term Democrat-created crisis, we will also allow Democrats to use normal procedures to pass an emergency debt limit extension at a fixed dollar amount to cover current spending levels into December.”

Individual Senate Democrats were receptive to the agreement yesterday, and Senate Majority Leader Chuck Schumer officially announced that a deal was struck Thursday morning. Though leadership sought to exempt the legislation from a filibuster, several Republicans senators objected, forcing a cloture vote immediately before final passage.

“Chuck Schumer won this game of chicken,” Sen. Ted Cruz said on the Senate floor prior to the vote, referring to McConnell’s compromise offer.

It ultimately cleared the hurdle with 61 votes, with 11 Republicans joining all Democrats in advancing it. The legislation now heads to the House for approval before being sent to President Joe Biden’s desk.

While the agreement temporarily calmed fears of a default and the catastrophic economic consequences that would follow, the ceiling’s new cap now likely coincides with a December deadline to fund the government for the next fiscal year. Between those and Democrats’ push to pass the bipartisan infrastructure bill and their multitrillion spending package, Congress could face an extraordinarily rushed, high-stakes end of the year. (RELATED: Inside Congress’ Brutal, High-Stakes September) 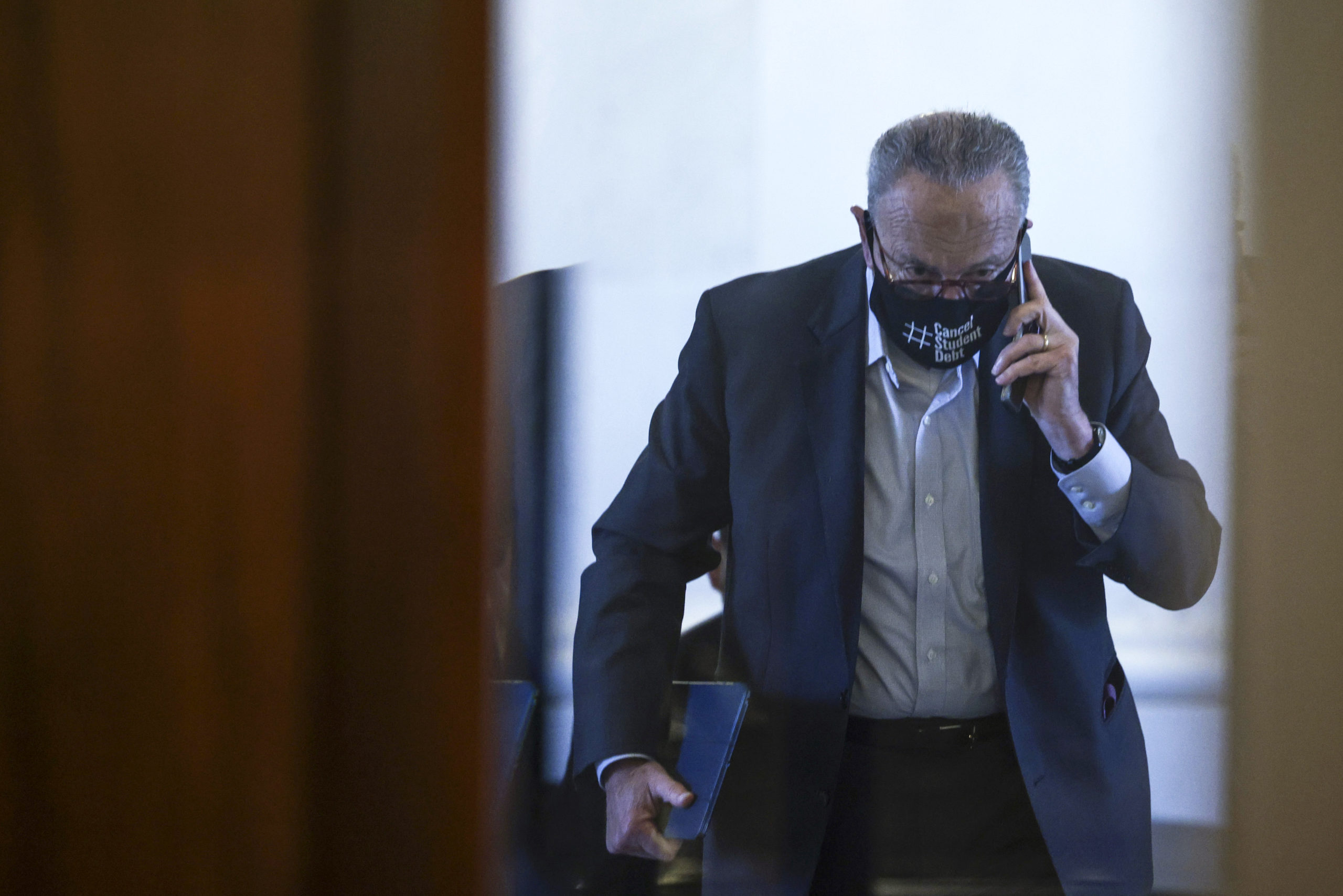 The Senate was originally set to vote on a debt ceiling bill before any deal was brokered. But that vote, like an earlier government funding bill that also addressed the debt ceiling and a Democratic effort to pass an earlier standalone bill, was all but certain to get filibustered due to Republicans’ unanimous opposition.

“[Schumer] scheduled yet another vote this afternoon which he knows will fail,” McConnell said on the Senate floor Wednesday morning. “The majority has known for 3 months that show votes like this would go nowhere.” (RELATED: Schumer: Congress Must Raise The Debt Ceiling This Week)

And while the compromise was key to averting a default, as the bill now just needs go through the House and receive President Joe Biden’s signature before becoming law, it also sets the stage for another grueling partisan fight in the coming weeks. Democrats must still raise the debt ceiling on their own before December, and Republicans still insist that they use reconciliation, a procedure that Democrats have so far said they will not do.

Yellen has repeatedly warned of the devastating effects a shutdown would bring, with warning Tuesday that failing to do so could tank an economy already devastated by the coronavirus pandemic.

Colby McCoy contributed to this report.