Senate Majority Leader Chuck Schumer told his caucus Monday that Congress must pass a bill to raise the debt ceiling this week.

“Let me be clear about the task ahead of us,” Schumer said. “We must get a bill to the President’s desk dealing with the debt limit by the end of the week. Period.”

Schumer’s goal cuts in half an already ambitious timeline to raise the ceiling. Treasury Secretary Janet Yellen has said that it must be raised by Oct. 18 to avoid a nationwide default, risking millions of jobs and government programs on which people depend.

“We do not have the luxury of waiting until October 18th, as it is our responsibility to re-assure the world that the United States meets our obligations in a timely fashion and that the full faith and credit of the United States should never be in question,” Schumer wrote. “The consequences of even approaching the X date could be disastrous for our economy and devastating to American families.” (RELATED: Congress Barrels Toward Debt Ceiling Catastrophe As Dems, GOP Dig In) 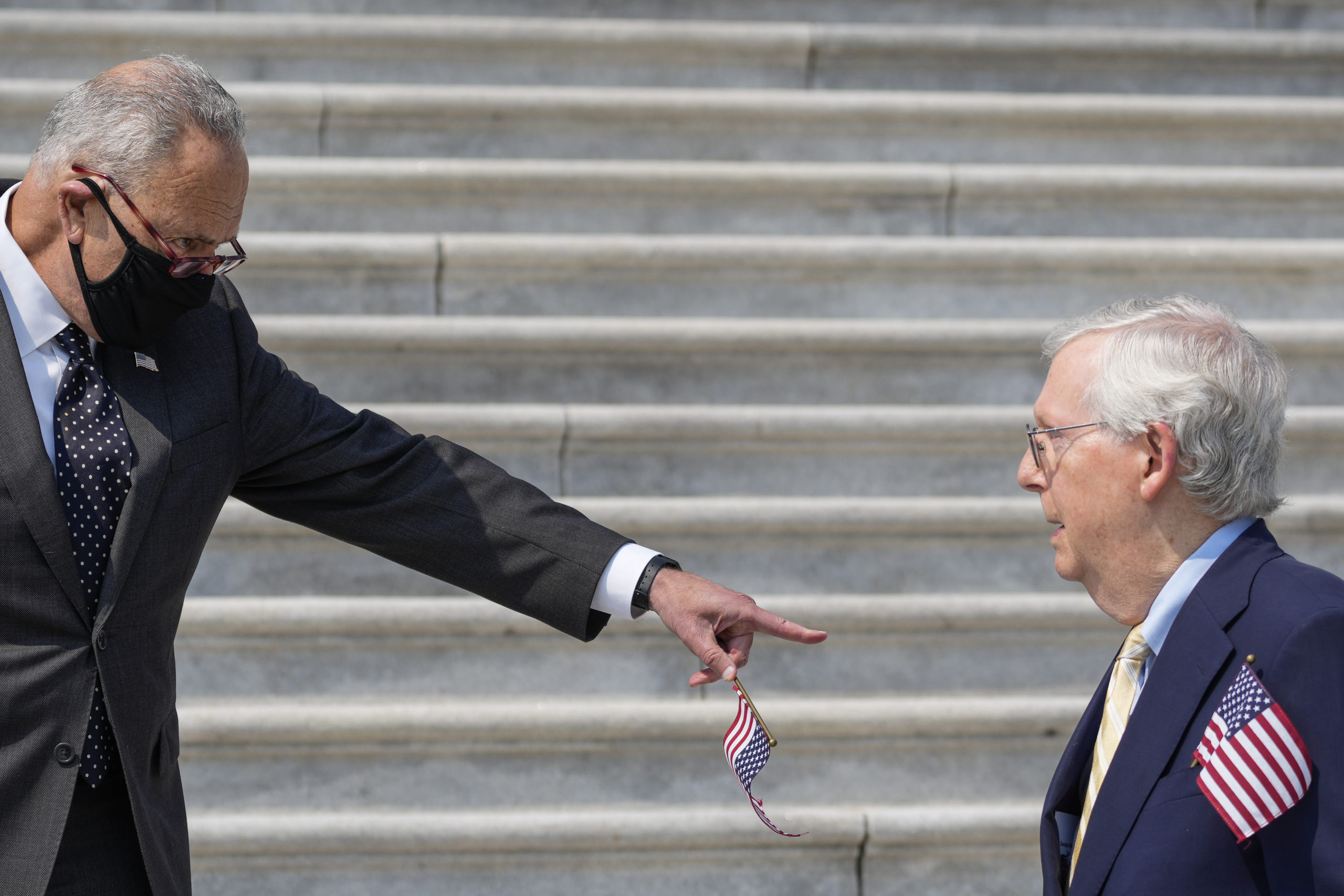 Republicans have insisted that Democrats attach a ceiling increase to their filibuster-proof reconciliation bill and twice blocked them from raising the limit through other means. Republicans killed a government funding bill last Monday that included a debt ceiling provision, and they objected when Democrats tried to bring a standalone bill to the floor, even though that bill could have passed without GOP votes if granted unanimous consent.

Senate Republicans, led by Sen. Mitch McConnell, have argued that the debt ceiling is a Democratic responsibility given their control of Congress and the White House.

Schumer also added that if a deal is not reached this week, the Senate “will likely be forced to remain in session over this weekend,” and “possibly” into its October recess scheduled for next week.