Republican Texas Gov. Greg Abbott said Sunday that the border crisis is escalating into a border war as “aggressive” Mexican cartels shoot at National Guard soldiers at the southern border.

“I have to tell you there’s something that’s happening that’s getting even worse and that’s the cartels are getting even more aggressive and the cartels on the Mexican side of the border, they’re beginning to open fire on the National Guard that Texas has down on the border to secure the border,” Abbott told Fox News’ “Sunday Morning Futures.”  This is escalating into a firing war on each side of the border where Texas and our National Guard are having to defend themselves and defend the state of Texas.”

“Everyone saw what happened in Del Rio with regard to the Haitians that came in there,” the governor continued, as he said the current “hottest point” along the Texas border is “in Roma … and that’s the area where the cartels on the Mexican side of the border are shooting at the National Guard on the Texas side of the border. And so what Texas is having to do, we’re having to step up and guard multiple points across the entire border.” (RELATED: ‘All They Had To Do Was Leave It Alone’: Trump Blasts Biden For Undoing His Progress At The Border)

The governor said the situation cannot compare to October 2020. “Listen, a year ago, of course, was still during the Trump administration and the Trump administration had put in place all the policies that led it to the greatest reduction in cross-border crossings,” he said, adding that “now, we’re seeing the highest number of cross-border crossings and it’s all because of the catastrophic open border policies by the Biden administration and we’re seeing more and more people come in.” 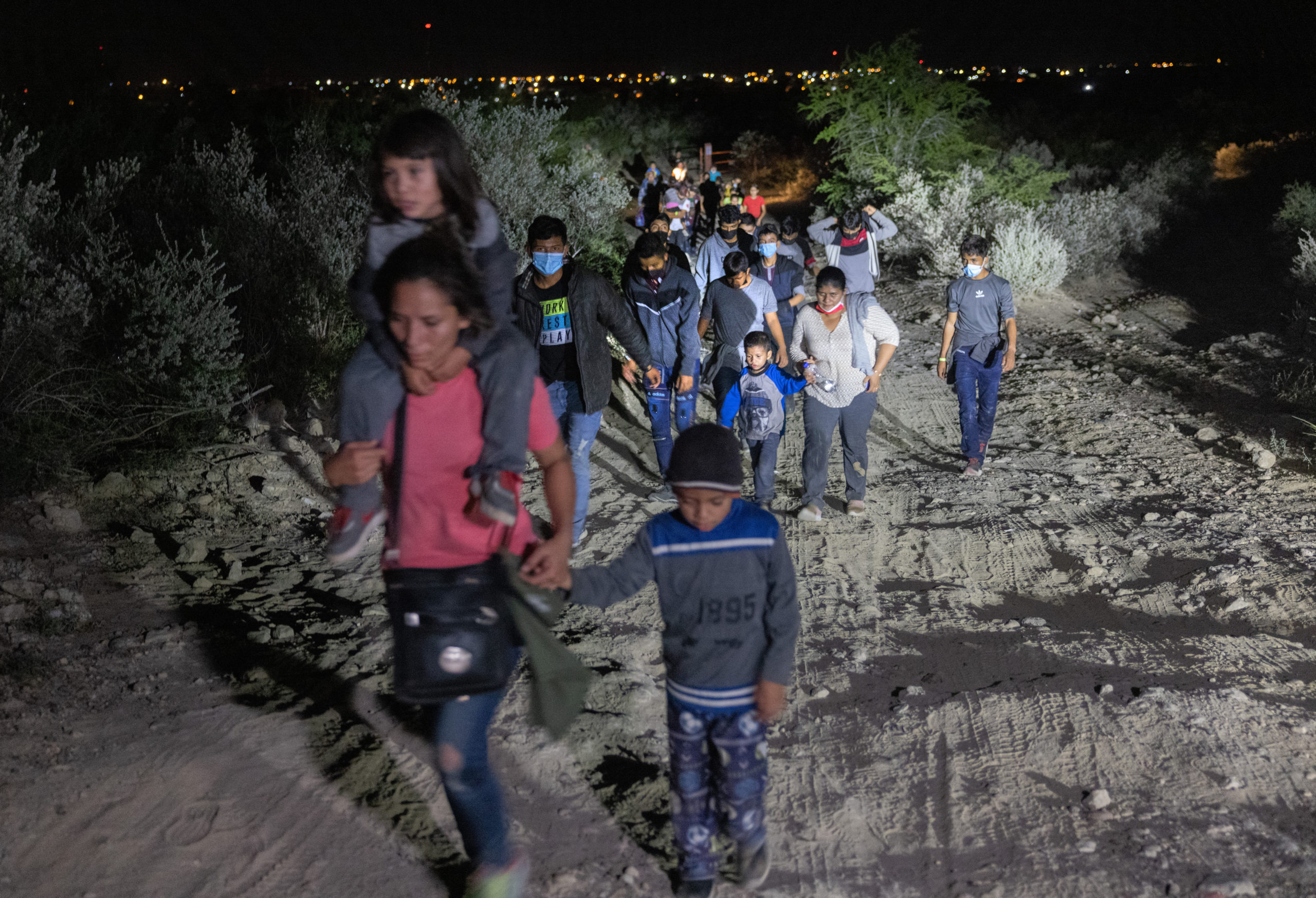 Immigrants walk towards a U.S. border checkpoint after they crossed the Rio Grande from Mexico on Aug. 14 in Roma, Texas. (John Moore/Getty Images)

Brandon Judd, president of the National Border Patrol Council, said in April, “Nobody has done more to enrich organized crime than President Biden.”

The Biden administration will bring back the Remain in Mexico policy in November after a federal judge sided with a demand from Texas and Missouri that the policy be reinstated.