Americans who lie about their vaccination status can face a fine of up to $10,000 and six months of imprisonment, according to new rules from the Occupational Safety and Health Administration (OSHA).

OSHA released guidance Thursday specifying the requirements for businesses with 100 or more employees mandating employees get the vaccine or be subject to weekly testing. Under the guidance, anyone who “knowingly makes any false statement, representation, or certification” about their vaccination status can be fined up to $10,000 and or face six months jail time.

Checkpoint Research reported a tenfold increase in the number of fake vaccine cards sold on the app Telegram between August and September. 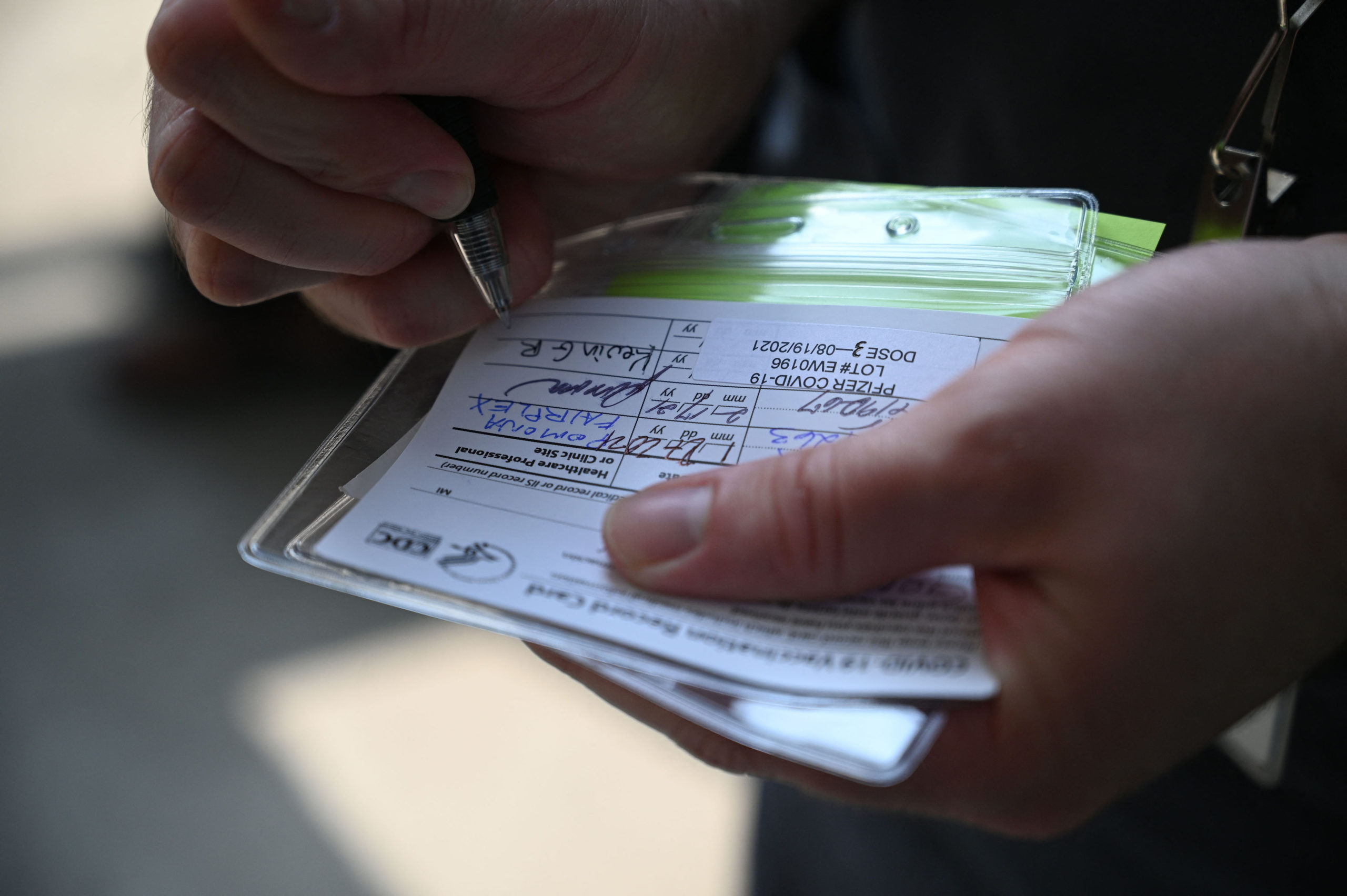 A nurse marks a coronavirus vaccination card with a third “booster” dose of the Pfizer Covid-19 vaccine at a vaccine clinic hosted by The Tournament of Roses and the Pasadena Public Health Department, August 19, 2021 at Tournament House in Pasadena, California.(ROBYN BECK/AFP via Getty Images)

Under the new rules, workers must be vaccinated by Jan. 4 before being forced to provide weekly negative testing. Companies will not be responsible for paying for COVID-19 tests for unvaccinated workers unless a local law or union contract requires it. The mandate is expected to affect 84 million employees nationwide.

The new mandate was met with several lawsuits from those arguing the mandate is “illegal.” (RELATED: NYC Mayor-Elect Eric Adams Says City Has To ‘Revisit’ Vaccine Mandate)

“The Biden Administration’s vaccine mandate is clearly illegal and will have a devastating impact on our small business community and our entire economy,” Job Creators Network President and CEO Alfredo Ortiz said. “JCN is suing the administration on the grounds that OSHA does not have the authority to impose such a mandate. Even if OSHA did have the power, there is neither the grave danger nor necessity to issue such a sweeping regulation.”

The Wisconsin Institute for Law and Liberty also announced a lawsuit.

Attorney generals from Arizona, Missouri and Montana announced Thursday they would sue the Biden Administration as well over the mandate.

“The federal government does not have the authority to unilaterally force private employers to mandate their employees to get vaccinated or foot the bill of weekly testing,” Missouri Attorney General Eric Schmitt said in a statement.

Approximately 67% of the U.S. population is fully vaccinated.