The two spoke for three and a half hours, longer than anticipated, and Biden raised a myriad of issues including Taiwan, trade issues, human rights issues, Afghanistan, Iran and the COVID-19 pandemic. The discussion, which began with Xi referring to Biden as “my old friend,” remained “respectful and straightforward” throughout, according to the official.

“The meeting itself was really about the two leaders discussing ways to manage the competition between the United States and China responsibly, and ways to establish guardrails for that competition. And that was a theme throughout the conversation … The conversation was substantial across a broad range of topics and it was substantive on a lot of different pieces,” the official said.

The official dismissed the idea that the meeting was to ease tensions, and made a point to suggest this was not the end result, either. Still, Biden and Xi each broke from their respective scripts throughout the meeting, at times quoting each other’s past comments and recounting stories from the past.

“I don’t think the purpose was particularly to ease tensions, or that that was the result,” the official said. “We want to make sure the competition is responsibly managed, that we have ways to do that. The president’s been quite clear he’s going to engage in that stiff competition.”

Taiwan was expected to be a major topic between Biden and Xi, and the White House said afterward that the American president “underscored that the United States remains committed to the ‘one China’ policy, guided by the Taiwan Relations Act, the three Joint Communiques, and the Six Assurances, and that the United States strongly opposes unilateral efforts to change the status quo or undermine peace and stability across the Taiwan Strait.” (RELATED: President Biden Vows To Defend Taiwan From China, Says ‘I Guess I Should’ Visit Southern Border)

Biden raised concerns about how China’s actions are threatening stability in the Taiwan strait, but the talks sparked no new guardrails, according to the official. At the beginning of the meeting, Biden had suggested the two needed “to establish some common sense guardrails.”

The president and the White House as a whole, the official added, have been clear on the U.S. position regarding Taiwan. The official was asked about a Chinese state media report suggesting Biden opposed Taiwan independence, and said it is “not something the United States supports.” 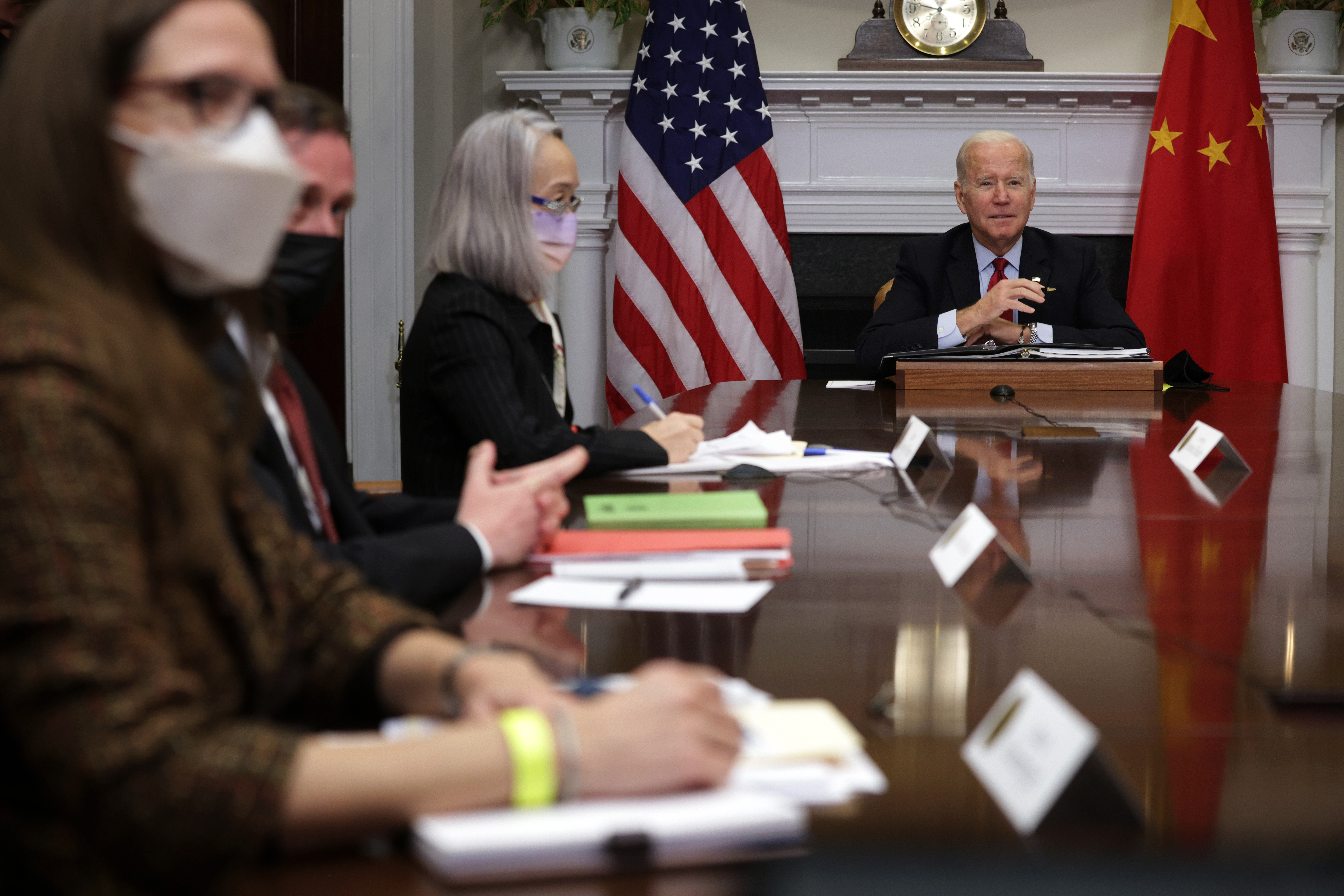 During the meeting, Biden also pushed for more transparency going forward with outbreaks. The topic coincides with China’s cover-ups regarding the COVID-19 pandemic and the country’s efforts to block intentional investigations into its origins. Biden ordered a 90-day probe into the origins of the virus back in May, but the results were underwhelming. (RELATED: WHO Investigator Admits Team Had To Compromise With Communist China To Include Lab Leak In Original COVID-19 Origin Report)

Human rights abuses against the Uyghurs was another topic of discussion and came up “at various points throughout the conversation,” according to the senior administration official.

“The two leaders have had many discussions about human rights issues over the years and they’ve talked about it at some length, and I think it’s no secret that they have a real difference of world views,” the official noted. “And so, the president was quite clear and quite candid with the range of human rights concerns that he has as well as broader concerns about the ways in which China is seeking to reshape the rules of the road in ways that he believes are fundamentally not consistent with the kind of international order that underpins the world for quite some time and is in the interest in the United State and our allies.”

Biden pushed for China to abide by the Phase One commitment, which calls for China to “make substantial additional purchases of U.S. goods and services in the coming years” and “establishes a strong dispute resolution system that ensures prompt and effective implementation and enforcement,” according to the U.S. Department of Agriculture. The deal was developed under former President Donald Trump and the current administration announced changes in October in an effort to get China to comply.

This subject did not dominate the discussion between Biden and Xi, according to the official. Biden “was clear about the need to protect American workers and industries from the PRC’s unfair trade and economic practices” and “discussed the importance of a free and open Indo-Pacific,” the White House also noted.

Despite no breakthroughs, the official highlighted the virtual meeting and suggested the video conference setup was more productive than a phone call would have been. The official noted that there’s “something different about actually seeing someone physically, about the depth of the conversation you can have, versus just on a regular phone line.”

Biden’s talks with Xi came at an especially important moment, as the American president is struggling in the polls amid a range of crises – including supply chain issues and climate change – that often tie back to China. Earlier in the day, Biden took a victory lap on his bipartisan infrastructure bill, which he signed into law in front of a crowd of roughly 800 people at the White House.

Still, the president’s approval ratings are low, and he has yet to pass the other portion of his agenda.

The White House made an effort prior to the meeting to notch down expectations and maintained early on that they expected no official agreements to come as a result. The administration even noted there would likely be no joint statement following the meeting, which typically outlines the progress made during the meeting.

In the end, the White House’s tampered down expectations were on par.

“We were not expecting a breakthrough. There were none to report,” the senior administration official said.