The director of Black Lives Matter Grassroots claimed the “Chicago Police lie” and that Jussie Smollett’s trial is a “white supremacist charade,” in a statement posted to BLM’s website Tuesday.

“We love everybody in our community,” said Dr. Melina Abdullah, who is also a co-founder of Black Lives Matter Los Angeles. “It’s not about a trial or a verdict in a white supremacist charade, it’s about how we treat our community when corrupt systems are working to devalue our lives. In an abolitionist society, this trial would not be taking place, and our communities would not have to fight and suffer to prove our worth.”

“In our commitment to abolition, we can never believe police, especially the Chicago Police Department (CPD) over Jussie Smollett, a Black man who has been courageously present, visible, and vocal in the struggle for Black freedom,” Abdullah’s statement continued. “While policing at-large is an irredeemable institution, CPD is notorious for its long and deep history of corruption, racism, and brutality.” 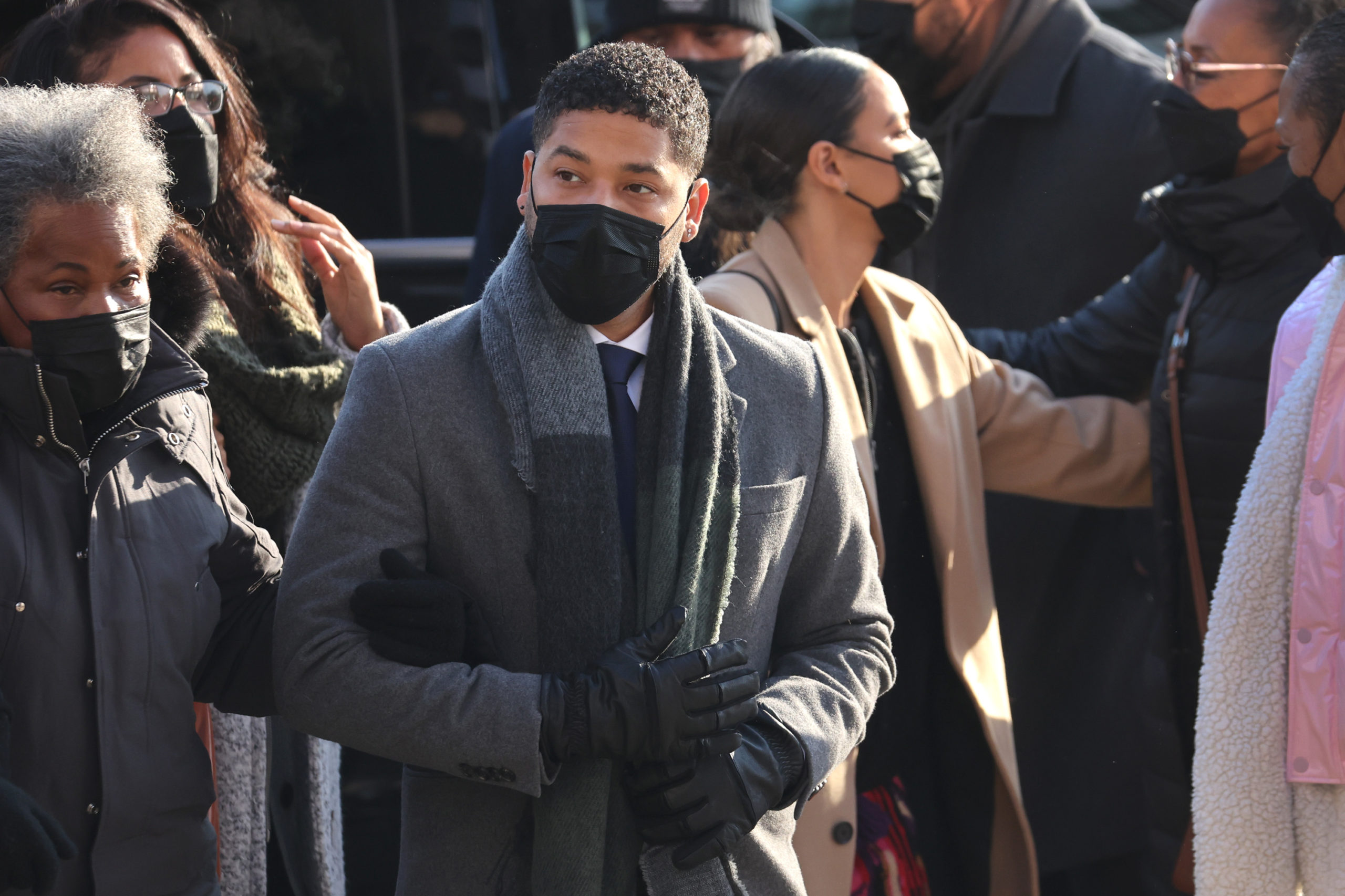 CHICAGO, ILLINOIS – DECEMBER 08: Former “Empire” actor Jussie Smollett arrives at the Leighton Criminal Courts Building for day seven of his trial on December 8, 2021, in Chicago, Illinois. Smollett is accused of lying to police when he reported that two masked men physically attacked him, yelling racist and anti-gay remarks near his Chicago home in 2019. (Photo by Scott Olson/Getty Images)

Abdullah concluded by saying that BLM will continue working to “abolish the police and every unjust system.”

Smollett is currently on trial for allegedly staging a hate crime hoax. Back in 2019, Smollett claimed he was the target of an attack in Chicago that included racial and homophobic slurs, with the supposed perpetrators yelling, “This is MAGA country” at him. (RELATED: FLASHBACK: Top Democrats Called Jussie Smollett Hate Crime Hoax A ‘Lynching’)

Smollett has been charged with six counts of disorderly conduct for making false police reports and will face up to three years in prison if convicted.