“Progressives are ultimately ascendant. And if nothing else, a progressive running who gets a lot of support will demonstrate that the ideas that the progressive movement embraces are, in fact, popular,” he reportedly said.

Co-founder of the progressive No Excuses PAC and former communications director for Democratic New York Rep. Alexandria Ocasio-Cortez, Corbin Trent, said Biden may get “demolished” in the midterms.

“He’s deeply unpopular. He’s old as shit. He’s largely been ineffective, unless we’re counting judges or whatever the hell inside-baseball scorecard we’re using,” Trent said, according to Politico. “And I think he’ll probably get demolished in the midterms. People will smell opportunity, and D.C. is filled with people who want to be president.”

But when the question of who will primary the president arises, liberals say it would likely be someone who is not currently holding office, according to the report.

“Someone like Nina Turner or Marianne Williamson” an unidentified prominent progressive said, according to the report. “Doubt anyone currently elected.” 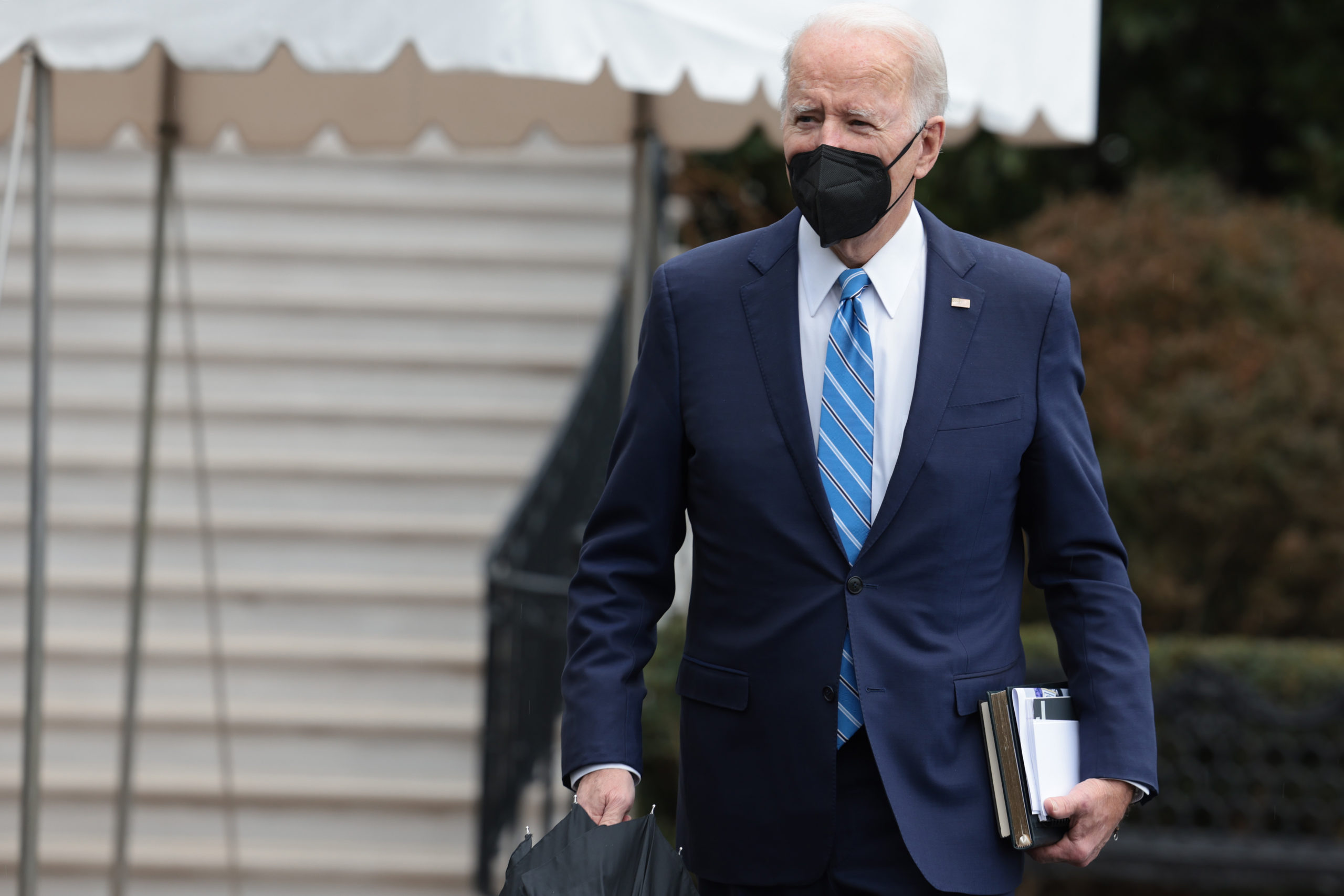 WASHINGTON, DC – DECEMBER 27: U.S. President Joe Biden walks to speak with reporters on the South Lawn before departing from the White House on Marine One on December 27, 2021 in Washington, DC. (Anna Moneymaker/Getty Images)

Biden has reiterated several times he plans on running for reelection in 2024, but that it is up to “fate.” (RELATED: Biden Warns Republicans Are ‘In For A Problem’ Ahead Of 2022 Midterms)

“Look, I’m a great respecter of fate,” Biden said during a recent ABC News interview. “Fate has intervened in my life many, many times. If I’m in the health I’m in now – if I’m in good health – then, in fact, I would run again.”

“Why would I not run against Donald Trump if he were the nominee? That’d increase the prospect of running.”

Chatter about Biden not seeking reelection has been growing, with CNN putting forward a list of possible candidates who could run in 2024 if Biden chooses not to. The listed potential contenders include Vice President Kamala Harris, Democratic Massachusetts Sen. Elizabeth Warren and Democratic Illinois Gov. J.B. Pritzker.

Political operatives aren’t the only ones stirring. Recent polls show Biden has a falling approval rating, losing favorability among independents. A recent Politico-Morning Consult poll found 67% of independent voters think Biden should not run for reelection while only 23% think he should.