Officials in Beijing have urged for an end to overseas deliveries, saying that the Omicron coronavirus variant can spread by opening packages that originate in other countries, BBC News reported.

The officials calling to end overseas deliveries cited the case of a woman who contracted the Omicron variant after opening a parcel later found to have traces of the variant on it, BBC News reported. The officials noted that the woman had no prior travel history.

The virus was discovered on the surface of a letter the woman received from Canada as well as on the inside of an unopened letter, health official Pang Xinghuo told reporters on Monday, BBC News reported. Dozens of letters from the same batch were tested, with five reportedly containing traces of COVID-19. 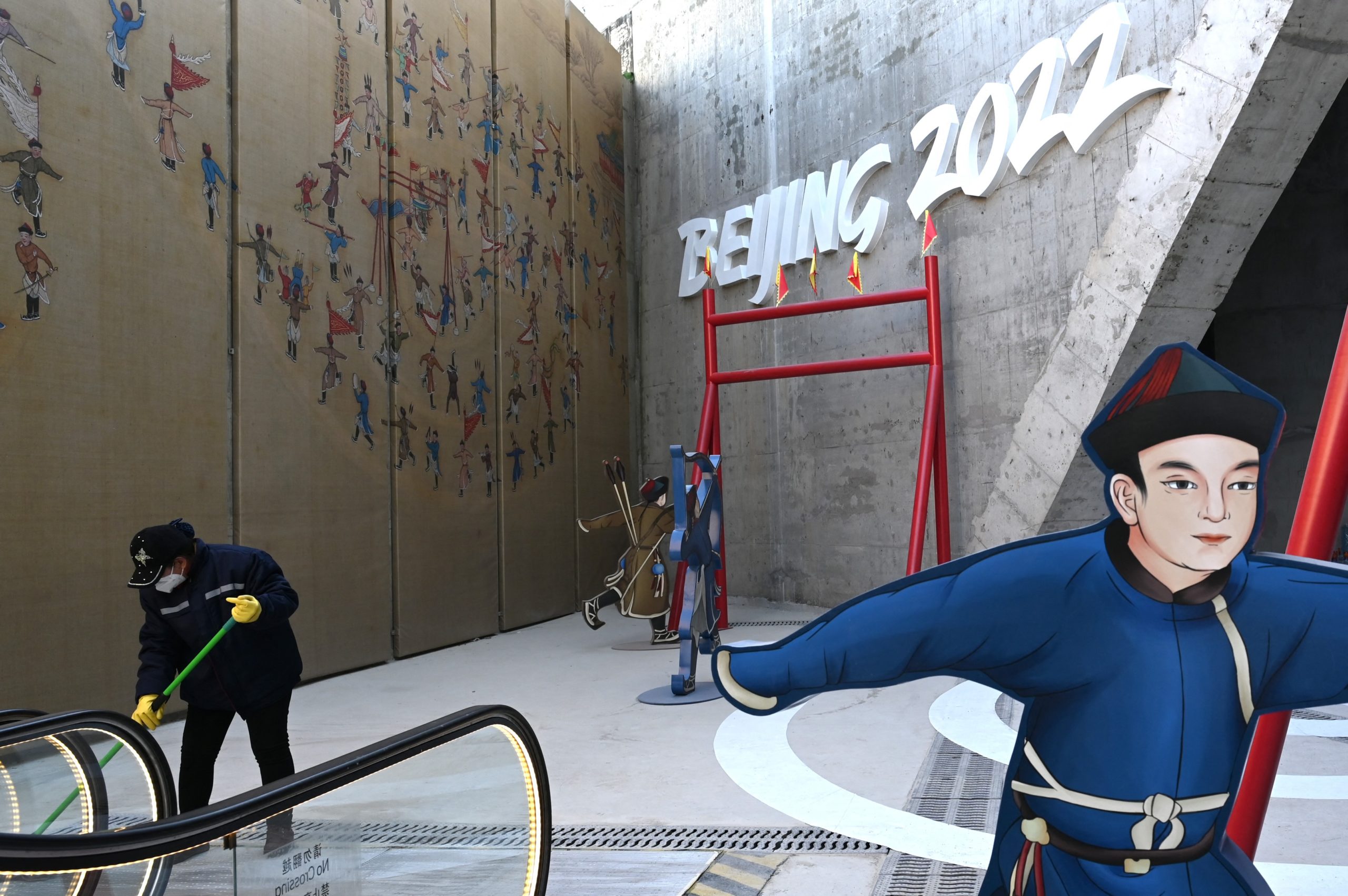 A worker cleans the space in front of the media centre, inside the “bubble” in Beijing on January 13, 2022, ahead of the 2022 Beijing Winter Olympic Games. (Photo by FRANCOIS-XAVIER MARIT/AFP via Getty Images)

Beijing’s Centre for Disease Control said it could not rule out that the woman was infected by the package, and it suggested that people open parcels outside while wearing gloves, BBC News reported. The infected woman is the first the Chinese government has reported as contracting the Omicron variant. (RELATED: EXCLUSIVE: Haley Calls Biden’s Diplomatic Olympics Boycott A ‘Joke’ Because China Doesn’t Care If He Shows Up)

China has a zero-COVID-19 policy consisting of constant testing, nationwide monitoring of people’s movements, temperature-taking and phone apps meant to guarantee a person is not infected, BBC News reported. The government has put millions of people under strict lockdowns at various points throughout the pandemic in an attempt to slow the spread of the virus.

Beijing is set to host the Winter Olympics in February, and China announced that it would not sell tickets to the public for the events on Monday, BBC News reported. Only those who are invited will reportedly be permitted to attend, though it is not clear how individuals attending will be selected or if they will need to quarantine.