Speaker of the House Nancy Pelosi is the most unpopular national Democratic politician in the country, according to a National Republican Congressional Committee (NRCC) poll first obtained by the Daily Caller.

Pelosi is running for reelection and is not ruling out the possibility of trying to stay in leadership after 2022, despite an agreement on term limits for leadership positions. However, polling conducted by the NRCC shows her lack of support throughout the U.S.

Forty-four percent of respondents had a favorable opinion of President Joe Biden, while 53% had an unfavorable view. Vice President Kamala Harris had a 41% favorability rating and a 52% unfavorable one. But Pelosi beat them as the most unliked national Democrat.

In January, Pelosi announced she would run for reelection. Sources also told CNN that Pelosi is considering trying to stay in leadership after 2022, although House Democrats and Pelosi agreed to term limits for the top three Democratic leaders in the House. The agreement would stop her from another run at Speaker in 2022. 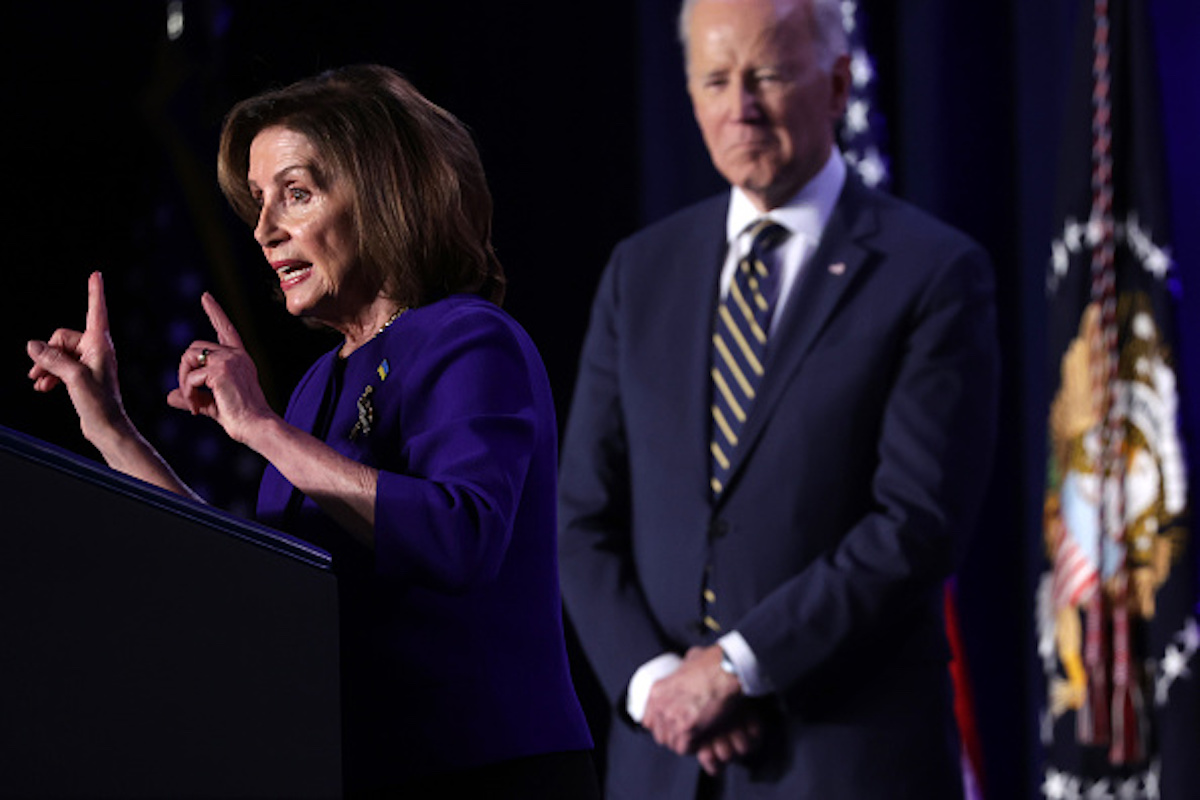 In late November, Pelosi sent a letter to donors and grassroots supporters saying House Democrats are poised to maintain a majority in 2022 and are preparing for victory despite a number of retirements and bad polling for Democrats. (RELATED: Pelosi Reportedly Planning To Run For Speaker Again Despite Saying This Would Be Last Term)

“Nancy Pelosi is the most toxic politician in the country. Every Democrat who has supported her agenda, which is every single one, is in for a rough campaign,” NRCC Spokesman Mike Berg told the Daily Caller. (RELATED: Top House Democrats Decline To Say If They Would Support Pelosi As Leader After She Announces Reelection)