Republicans on the Senate Health, Education, Labor and Pensions (HELP) committee plan on pressing President Joe Biden’s nominee for Equal Employment Opportunity Commission (EEOC) during her hearing Tuesday who has ties to a client with a past of trashing law enforcement, the Daily Caller has learned.

Republicans, including North Carolina Sen. Richard Burr, will question the nominee for EEOC Commissioner Kalpana Kotagal over her past political ties and public statements. Kotagal, a lawyer, represented a client named Liyah Brown who wanted to defund and abolish the police and said she believed they are a tool of white supremacy.

Brown formerly served as the legal director of the Texas Civil Rights Project’s (TCRP) Criminal Injustice Reform division and has made several statements in the past calling both police and prisons “institutions of White supremacy rooted in chattel slavery.” Brown also used to work for the Southern Poverty Law Center (SPLC), a liberal organization.

The EEOC “investigates complaints of job discrimination based on race, color, religion, sex (including pregnancy, gender identity, and sexual orientation), national origin, disability, age (40 or older), or genetic information,” according to its website. The EEOC also works to “prevent discrimination before it occurs.”

The Daily Caller contacted Burr’s office about Brown specifically and her past statements to which a committee aide responded.

“Senator Burr has serious concerns about Kalpana Kotagal’s qualifications to serve as an EEOC commissioner. Ms. Kotagal has not been fully forthcoming with the Committee when it comes to her radical political ties, previous public statements, and the approach she would take as a commissioner, if confirmed,” a GOP HELP Committee aide told the Daily Caller.

Republican Missouri Sen. Mike Braun expressed his concerns with Kotagal before Tuesday’s hearing as well, telling the Daily Caller she has a “pattern” of supporting policies that are discriminatory.

“If confirmed, Ms. Kotagal would be charged with enforcing our nation’s employment discrimination laws, and she has demonstrated a pattern of support for an agenda of discrimination under the banner of ‘equity’ rather than for equality of opportunity, and voiced extreme positions that are out of step with most Americans,” Braun said. 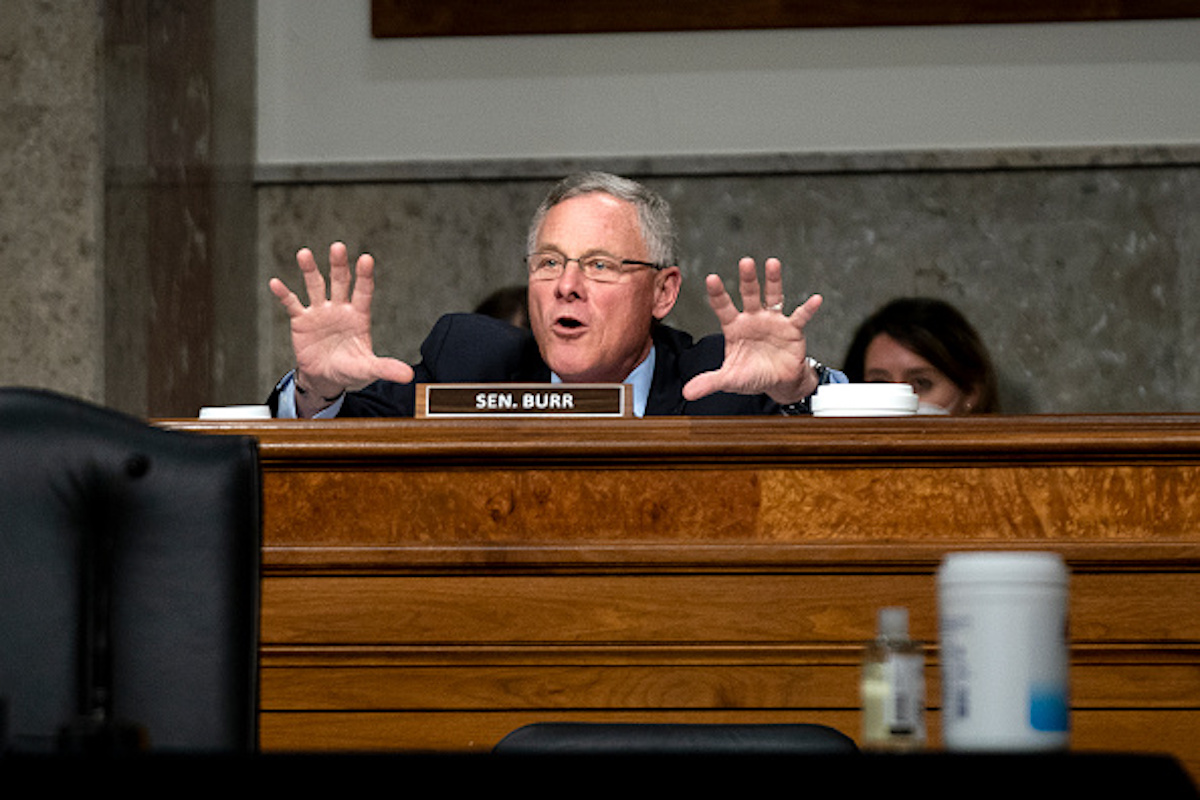 In an interview with LAW360 from 2020, Brown was asked about defunding the police, to which she responded by saying she is very “hopeful” and said she believes the term “defund the police” is not as “scary” as it was several years ago. (RELATED: Mike Lee Blocked EEOC Nominee Who Believes Sexual Liberty Trumps The First Amendment)

“I am very hopeful, for so many reasons. It’s not even in my nature to be an optimist. But … these are not new ideas. These are not new concepts. These are not new tactics. They’ve been workshopped by abolitionists for decades,” Brown reportedly said. (RELATED: Republicans Scold EEOC For Massive Backlog Of Workplace Discrimination Cases)

“Even though it’s taken so long for this kind of conversation to enter the mainstream, it is in the mainstream. I don’t think that reforms are achieved when it’s just the directly impacted group trying to achieve them. Civil rights, voting rights, desegregation — I’m not a person who believes that we moved in that direction just because black people [were pushing for it]. That this is a mainstream conversation, and that there’s diversity of demographics in this conversation and a diversity of perspectives, makes me encouraged. ‘Defund the police’ doesn’t sound as scary, I think, today as it might have sounded two years ago or five years ago,” she continued, according to the interview.

On TCRP’s website, Brown said there needs to be a total abolition of police and jails, claiming they are tied to white supremacy.

“Police and prisons are institutions of White supremacy rooted in chattel slavery. This grave historical truth warrants total abolition instead of mere tweaks for ‘better’ plantations and overseers. We reject the mass funneling of Black and Brown people into jails, prisons, juvenile, and immigration detention. We aim to reduce the harms of the criminal legal system while working towards a public safety agenda centered on crime prevention and on freedom. Long-term abolition includes many practical steps that can be taken now such as decriminalization, decarceration, and divestment,” Brown wrote on her company’s website in 2o2o.

Tom Jones, the Founder of the American Accountability Foundation, told the Daily Caller that Kotagal has total control over who she represents and said Kotagal should apologize to law enforcement for representing Brown.

“Kalpana Kotagal is a plaintiff’s civil attorney, so she has complete control over who she represents. Kotagal needs to answer why she has represented Liyah Brown who calls the men and women of law enforcement ‘white supremacists.’ People can reasonably disagree about policing techniques but calling all police officers bigots is beyond the pale and inexcusable. Kalpana Kotagal owes law enforcement an apology and needs to renounce Liyah Brown’s hateful rhetoric,” Jones said.

The Daily Caller contacted Kotagal’s office about her representation of Brown and her upcoming Senate hearing to which they did not immediately respond.