Several left-leaning congresswomen refused to condemn the swaths of pro-abortion activists ignoring a federal law regarding protesting outside of Supreme Court justices’ homes amid ongoing protests, according to Fox News.

18 U.S. Code Section 1507 states “whoever … with the intent of influencing any judge … near a building or residence occupied or used by such judge … shall be fined … or imprisoned not more than one year, or both.”

Democratic Massachusetts Sen. Elizabeth Warren told Fox Business that, while she believes “the best place to protest is on the steps of the United States Supreme Court,” she also said she thinks the court is hypocritical. 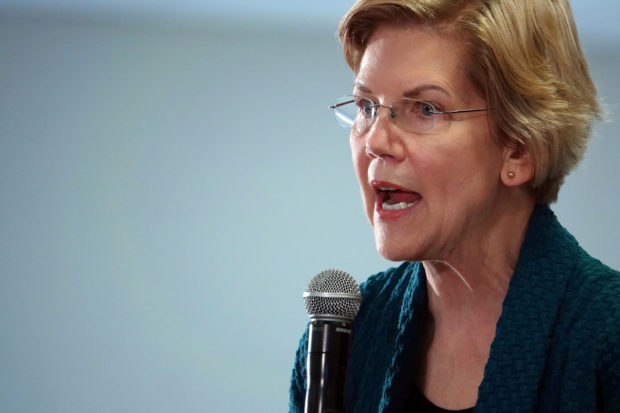 “I am very disturbed about the fact that this Supreme Court just a few years back said that it was a restriction on the lawful right to protest if abortion protesters — those who didn’t want people to be able to get abortions — couldn’t get within 35 feet of women who were coming in to a Planned Parenthood clinic,” Warren reportedly said.

“So this Supreme Court said back then protesters should be able to get right in people’s faces. Now, they are erecting barriers to try to keep protesters as far away from themselves as possible. I think that’s fundamentally wrong,” she added, according to Fox.

Democratic Minnesota Rep. Ilhan Omar was read the federal law prohibiting protesting at the homes of the justices by Fox Business, and told the outlet “the Supreme Court itself has heard this argument and they have themselves said it is protected by the First Amendment.” (RELATED: Psaki Tells Americans That If You Don’t Support Roe V. Wade, You’re ‘Ultra MAGA’)

“I have stood and done counter-protests in front of abortion clinics, when the right has come to attack, to humiliate and to intimidate people who are exercising their own bodily autonomy. We have seen the MAGA movement come and attack us here and lead an insurrection that has made some of us afraid for our lives,” Omar reportedly said.

Democratic Michigan Rep. Rashida Tlaib told Fox Business she does not “want us to turn into a fascist government where we don’t allow people to protest or speak up again. I mean, I’m Muslim in America. I’ve seen people come in, protest publicly and even burn the Quran in front of Mosques.”

“I get interrupted and protested all the time. I welcome it in many ways, as long as it’s not, you know, violent rhetoric, talking about, you know, physical harm and all those things. I think it’s just really important to understand that that happens. We’re in public service. People are going to disagree with us. And again, if we’re going to say no here, then when do we stop?” she continued, according to Fox.

The White House has also refused to take a firm stance on whether protesters shouldn’t break the law.

Previously, Psaki said the White House is “certainly not suggesting anyone break any laws.”

Abortion activists have been protesting outside the home of Supreme Court Associate Justice Samuel Alito after a leaked draft opinion authored by Alito appears to show the Court will overturn Roe v. Wade.

The protesters, which were organized by a group called “Shut Down DC,” were hoping to convince Alito to change his position.

One protester, Nadine Seiler, told the Daily Caller News Foundation that “unless somebody drops dead, this is going to happen in June.”