Despite demands from several prominent Democrats, the federal government is prohibited from using taxpayer dollars to fund abortions.

The Hyde Amendment, first included in federal appropriations bills in 1976, prohibits the federal government from funding abortions unless “the life of the mother would be endangered if the fetus were carried to term or where the pregnancy is the result of an act of rape or incest.” Activists estimate that the Hyde Amendment prevents at least 60,000 abortions every year.

The amendment is named for Republican Illinois Rep. Henry Hyde, the chairman of the House Judiciary Committee who championed it.

Although support for the amendment was initially bipartisan, Democrats in recent years have attempted to pass federal budgets that do not include the provision. President Joe Biden flip-flopped on support for the amendment during his 2020 presidential campaign, and Speaker of the House Nancy Pelosi attempted to jettison the provision for an early COVID-19 relief package. Democratic West Virginia Sen. Joe Manchin’s demand that the Hyde Amendment be included in a social spending package was a key factor in the breakdown in Build Back Better negotiations. (RELATED: EXCLUSIVE: 48 Senate Republicans Tell Schumer They Will Block Any Bill Undermining Hyde Amendment) 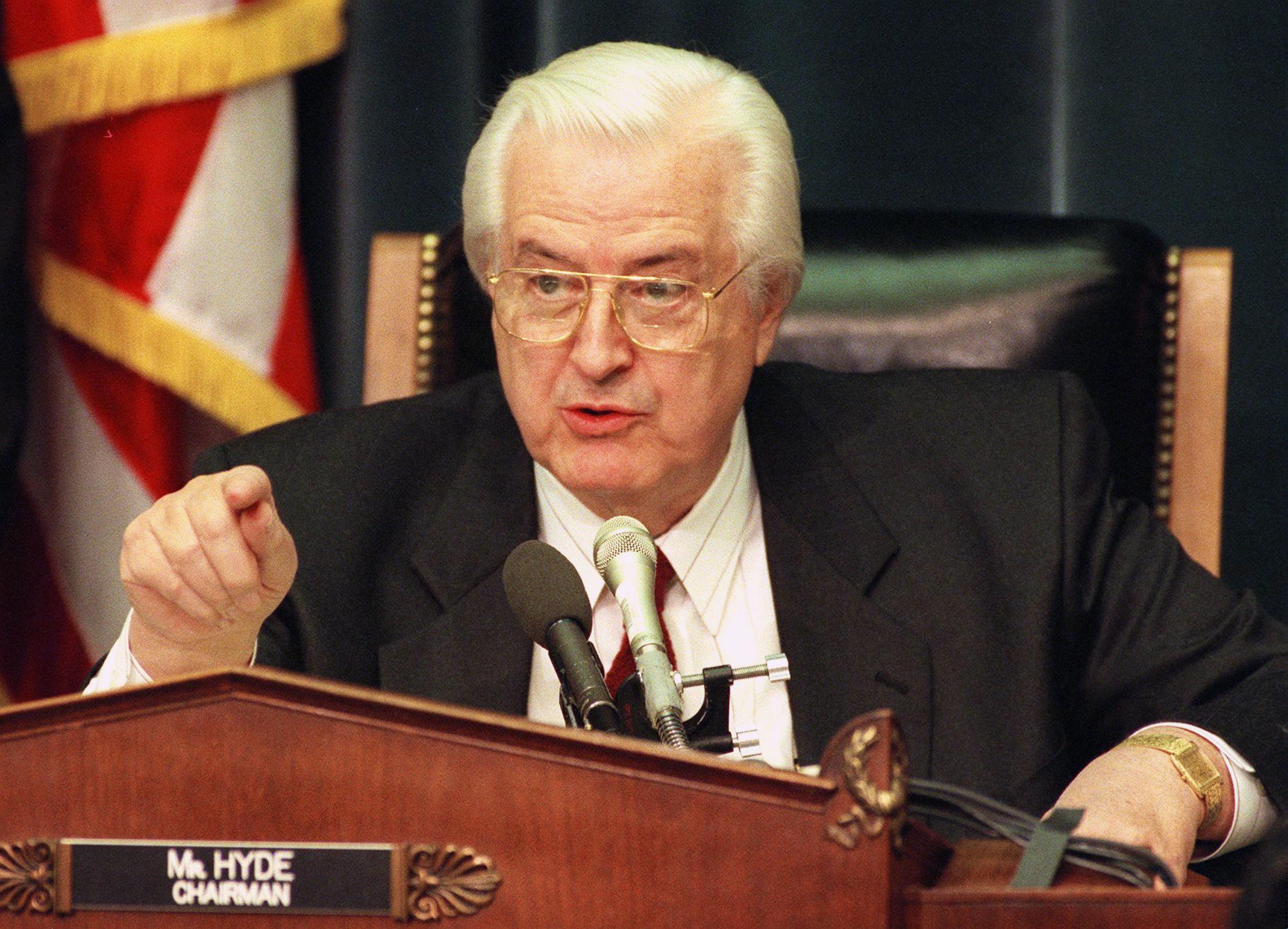 WASHINGTON, : US Representative Henry Hyde, R-IL, Chairman of the US House Judiciary Committee conducts impeachment hearings 01 December 1998 on Capitol Hill in Washington, DC. The Committee is hearing testimony on the consequences of perjury and related crimes. (LUKE FRAZZA/AFP via Getty Images)

New York Rep. Alexandria Ocasio-Cortez and Massachusetts Sen. Elizabeth Warren both called on the federal government to make abortions available on federal lands like national parks, where state governments could not regulate the procedure.

Warren and Minnesota Sen. Tina Smith claimed in a New York Times op-ed that Biden could provide “federal resources for individuals seeking abortion care in other states” and use “federal property and resources to protect people seeking abortion services locally.” Warren also claimed that the administration could designate “federal lands as a place where abortions can occur.”

Neither Warren nor Ocasio-Cortez responded to the Daily Caller’s request for comment on whether or not they believe that such actions would violate the Hyde Amendment.

White House press secretary Karine Jean-Pierre rejected the congressional Democrats’ suggestion Monday, but two cabinet members did suggest that they would use their agencies to promote abortion access.

“Nothing is more important to me or to this Department than the health and well-being of our Service members, the civilian workforce and DOD families,” Secretary of Defense Lloyd Austin said in a Friday statement shortly after the ruling. “I am committed to taking care of our people and ensuring the readiness and resilience of our Force.”

“The Department is examining this decision closely and evaluating our policies to ensure we continue to provide seamless access to reproductive health care as permitted by federal law,” he added.

When contacted for comment, a Department of Defense (DOD) spokesperson cited a memorandum released Tuesday by Undersecretary of Defense Gilbert Cisneros. The memorandum stressed that the DOD will comply with the conditions laid out by the Hyde Amendment, and “will continue to follow existing departmental policy.” (RELATED: ‘Simply Ignore’: Military Expert Sounds Alarm On Pentagon’s Abortion Stance)

Secretary of Health and Human Services (HHS) Xavier Becerra promised to “increase access” to abortifacients, claiming that his agency has been planning for “every action necessary to protect women’s access to reproductive healthcare.”

A spokesperson for HHS did not respond to the Daily Caller’s request for comment on compliance with the Hyde Amendment.