Former President Donald Trump filed a lawsuit against CNN, claiming the outlet defamed him and did so out of fear he will run for president again in 2024.

The suit, which was filed Monday in U.S. District Court in Fort Lauderdale, Florida, argues CNN has tried to use its influence to smear Trump politically and prevent him from launching a bid for re-election.

The suit alleges Trump has been a “long-time critic” of CNN, “not because CNN does a bad job of reporting the news, but because CNN seeks to create the news.”

“CNN’s campaign of dissuasion in the form of libel and slander against the Plaintiff has only escalated in recent months as CNN fears the Plaintiff will run for president in 2024,” the suit reads. “As a part of its concerted effort to tilt the political balance to the Left, CNN has tried to taint the Plaintiff with a series of ever-more scandalous, false, and defamatory labels of ‘racist,’ ‘Russian lackey,’ ‘insurrectionist,’ and ultimately ‘Hitler.'” 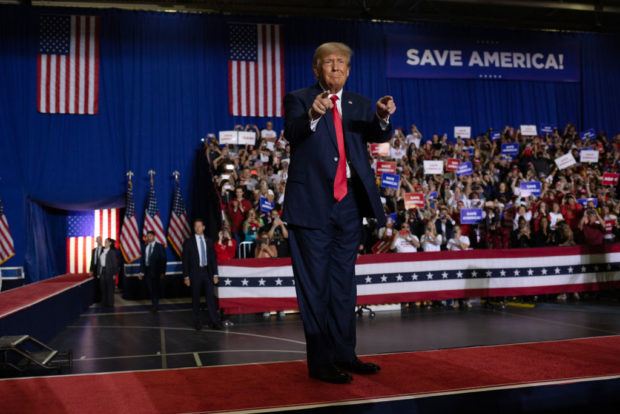 Trump is seeking $475 million in punitive damages, according to the suit. (RELATED: Trump Scores Major Victory In Defamation Case)

Trump notified the outlet in July of his intention to sue for “repeated defamatory statements.” Trump also warned he would sue other outlets he alleges have “defamed and defrauded the public” about the 2020 presidential election results.

“I have notified CNN of my intent to file a lawsuit over their repeated defamatory statements against me,” Trump said in July. “I will also be commencing actions against other media outlets who have defamed me and defrauded the public regarding the overwhelming evidence of fraud throughout the 2020 election. I will never stop fighting for the truth and for the future of our country.”