Avenatti owes Dillanos $110,000 and has refused to pay up, according to Dillanos founder and CEO David Morris.

Avenatti has repeatedly denied owing Dillanos anything, but bank records and other related documents Dillanos’ attorney provided to The Daily Caller News Foundation appear to undermine what Avenatti previously said about the dispute.

Morris first said on May 9 that Avenatti owed him $160,000 for unpaid debts related to Avenatti’s ownership and management of Tully’s Coffee, a financially insecure Seattle coffee chain that shuttered all of its locations earlier this year.

Avenatti’s company used Dillanos as a coffee supplier, but failed to pay its bills, Morris said at the time.

Avenatti denied owing Dillanos anything, but Morris announced the next day, May 10, that he had “worked out an arrangement” with the celebrity lawyer. 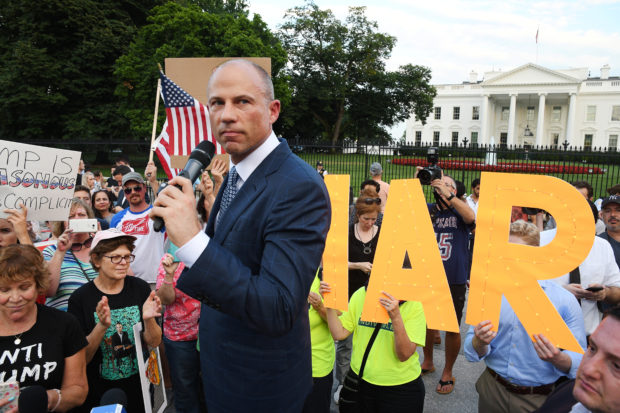 TheDCNF reviewed a screenshot of a successful June 15 wire transfer of $110,000. Dillanos’ attorney said Avenatti sent the screenshot as evidence of payment, but documents reviewed by TheDCNF showed that the money never reached Dillanos’ bank account.

The Dillanos attorney informed Avenatti on July 30 that the six-figure payment he guaranteed never came through, those documents show.

Five months of bank statements reviewed by TheDCNF show that after the May 10 payment and through the end of September, the most recent month available, Dillanos did not receive any wire transfers from Avenatti, much less the $110,000 supposed to arrive on June 15.

Other documents reviewed by TheDCNF show that Global Baristas US LLC, Tully’s parent company under Avenatti, bounced five checks written out to Dillanos between August 2017 and January 2018. The five bounced checks added up to approximately $150,000.

“We have still not received $110,161 of the balance that @michaelavenatti owes us. So for all the extra work our staff has done while dealing with Michael & Tully’s, we will give half the money to our 80 employees if he pays,” Morris wrote on Twitter on Monday. “Who thinks he should make good on his commitment?”

Morris declined to comment beyond what he wrote on social media.

Avenatti, who is known for taking an aggressive approach toward critics, again denied owing Dillanos any money.

The attorney told TheDCNF in a text message that the debt “was paid long ago by the company, which I no longer own and have no responsibility for.”

He declined to answer follow-up questions on why he made the $50,000 payment to Dillanos in July after previously denying owing anything to the coffee company.

Avenatti added: “David Morris is a fraud who defrauded money from Tully’s employees and is liable to them and their families for hundreds of thousands of dollars.” He did not provide any additional details to TheDCNF upon request.

Avenatti’s dispute with Dillanos is just the latest in a series of controversies related to his ownership and management of Tully’s.

Avenatti first purchased Tully’s in 2013 after going into business with actor Patrick Dempsey. The pair purchased the coffee chain through Global Baristas LLC, closing the deal on June 30, 2013.

“My decision to become a member and manager of Global Baristas was based, in part, on Michael Avenatti’s representation that he would provide both the capital to fund the entire Tully’s acquisition and sufficient working capital to allow Global Baristas to operate the Tully’s Coffee stores once the acquisition was completed,” Dempsey said in an Aug. 20, 2013, affidavit.

Avenatti denied the accusations, but agreed to a settlement three days later.

A Seattle attorney representing several Tully’s vendors, David Nold, filed a complaint against Avenatti with the California State Bar on March 26 accusing him of fraud.

“In essence, he bought a company out of bankruptcy and then used it for a ‘pump and dump’ scheme to deprive federal and state taxing authorities of millions of dollars,” Nold claimed. Avenatti denied that allegation. 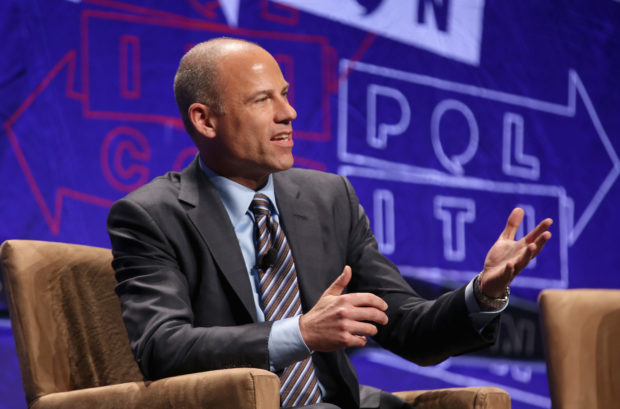 Morris isn’t the only person claiming Avenatti owes him money.

A California judge ordered Avenatti on Oct. 22 to pay $4.85 million to his former law partner. That same day, Avenatti’s law firm was evicted from its California office in a separate case.

In 2017, a Washington state court ordered two companies controlled by Avenatti to pay $126,000 to a former employee who said she was fired for becoming pregnant. Avenatti’s company still has not paid the woman her money.

Avenatti has faced a series of challenges just in the last few months.

Beyond the multi-million dollar judgement ruled against him in October, the Senate Judiciary Committee submitted a criminal referral on Oct. 25 against Avenatti and his client Julie Swetnick, who made salacious, but unsupported accusations against Supreme Court Justice Brett Kavanaugh.

Still, Avenatti has support from some prominent Democrats. A report on Monday uncovered that a series of former advisers to Bill and Hillary Clinton were lining up behind Avenatti as a potential 2020 presidential candidate.

“You must really be worried,” Avenatti told TheDCNF at the time.