Tucker Carlson and liberal radio host Chris Hahn got into a very heated debate about the intersection between religion, policy and politics during Carlson’s show Friday night.

Prior to the fight, Carlson aired a clip of Senators Kamala Harris and Sherrod Brown to prove they’re “self-righteous.” Harris received criticism after suggesting people view ICE and the KKK in similar ways. He aired a clip of Brown invoking Jesus to support his policies. (RELATED: Geraldo: ‘Shame On’ Kamala Harris For Asking Trump Nominee About Perceived Parallels Between ICE And KKK)

“So, Chris, before we even get to all that, Sherrod Brown from Ohio, who’s been endorsed by NARAL by the way, is lecturing us on Jesus. Do you think Sherrod Brown’s a little bit closer to Jesus than, say, I am?” Carlson began.

“Well, Matthew 25 applies here, don’t you think? That’s what he was quoting. We have people who are fleeing for their lives who are in desperate need, who want to come to this country and seek asylum legally, by presenting themselves at the border,” Hahn responded.

“Before you roll right into your talking point … before you get to the script, you didn’t address my question though. Is that the new standard? Do you think it’s a fair standard? This is not something that I have introduced into this. This is Senator Sherrod Brown of Ohio. Is lecturing us about how he’s on Jesus’s team and we’re not, is that a fair form of political discourse?” Carlson asked.

Hahn answered, “No, I think we’re pointing out the hypocrisy on the right, that likes to claim they are Christians but ignore the teachings of Christ. Matthew 25 clearly directs us to help those in need.” 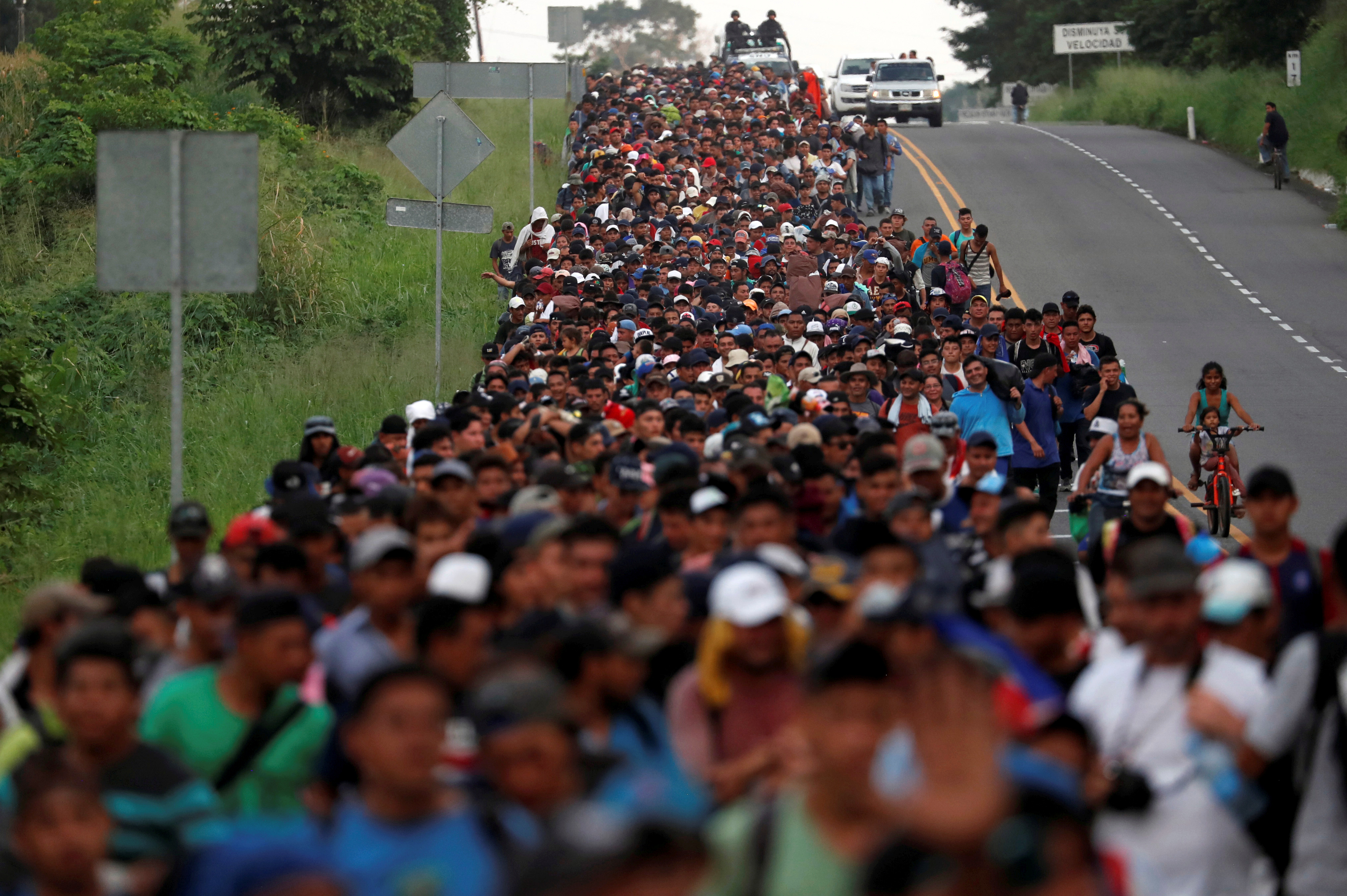 Migrants, part of a caravan traveling from Central America en route to the United States walk by the road that links Ciudad Hidalgo with Tapachula, Mexico, November 2, 2018. REUTERS/Carlos Garcia Rawlins TPX IMAGES OF THE DAY – RC1807DB1460

Carlson asked, “So people that don’t believe in God get to tell Christians what it is to be a Christian. Let me just ask you, which politicians would you say right now on the right are invoking Jesus when they talk about building a wall? What exactly are you talking about?”

“How about Mike Pence? Every single day, everything he does, every time Mike Pence talks he invokes Christ, every single time,” Hahn followed up. “You’re aware of it but I don’t know that you believe it. That’s what it says, Tucker. And that’s what Mike Pence pretends to acknowledge, but he doesn’t.”

“I’m trying not to end this interview right now because I’m getting offended. I wonder if you understand the extent to which you’re playing with fire. Introducing religious faith, appropriating someone else’s religious faith, by the way, into a conversation about public policy. Do you think that’s a wise thing to do? Do you think if Mike Pence got up and said, ‘I’m for building a wall and I’m quoting this scripture to justify it,’ I know for a fact that I would say, ‘Whoa, settle down. It’s a public policy question. It’s a multi-ethnic, multi-religious country. Don’t start doing that, it’s not a theocracy.’ But you’re saying now that that’s okay,” Carlson added.