World leaders, former presidents, and U.S. politicians gathered at the National Cathedral in Washington, D.C., on Wednesday for the State Funeral of George H.W. Bush, who passed away late Friday night at the age of 94.

George W. Bush’s eulogy, filled with fun stories about his father and lessons about life and love, ended on a tearful note as he expressed joy that his father and mother, first lady Barbara Bush, are reunited in heaven. (RELATED: Barbara Bush Dies At Age 92)

“After mom died, dad was strong, but all he really wanted to do was hold mom’s hand again,” Bush said. “We’re going to miss you. Your decency, sincerity, and kind soul will stay with us forever.” 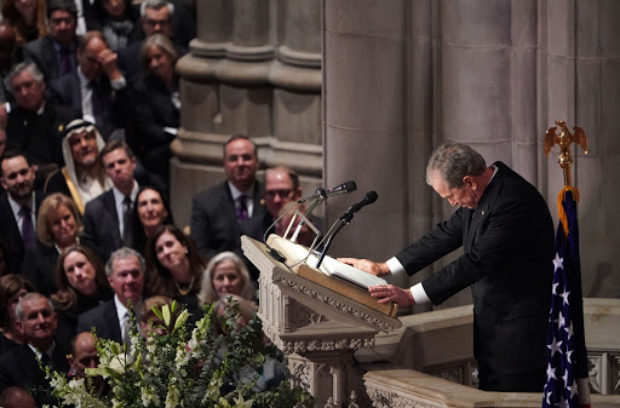 “So through our tears, let us enjoy the blessings of knowing and loving you, a great noble man. The best man a son or father could have,” Bush continued, choking up. “And in our grief, let us smile knowing that dad is hugging Robin and holding mom’s hand again.”

On his way back to his pew, Bush walked past his father’s casket and gently placed his hand on top. 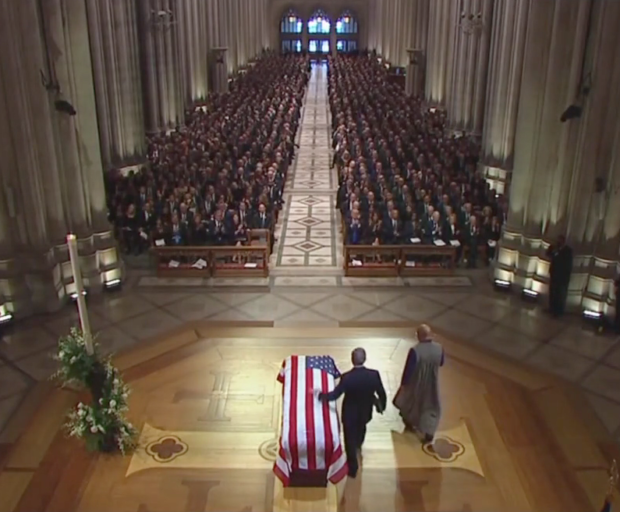 He then shared a quick kiss with his wife, Laura Bush, and smiled as he wiped away tears.

READ THE FULL TRANSCRIPT OF THE EULOGY: