Russell Simmons accuser Sil Lai Abrams said she didn’t participate in the Women’s March in Washington, D.C. this weekend because one of its leaders, Tamika Mallory, reportedly backed her alleged rapist.

In a lengthy piece for The Daily Beast, Abrams, 48, shared that it wasn’t Mallory’s refusal to personally condemn Louis Farrakhan that made her not participate in the march, but because “unfortunately, Mallory’s troubling support of violent men doesn’t stop with Farrakhan. She also continues to be a friend and ally of Russell Simmons, a man who has been accused of rape by at least eight women, myself included.” (RELATED: Russell Simmons Steps Down After Harassment Accusation) 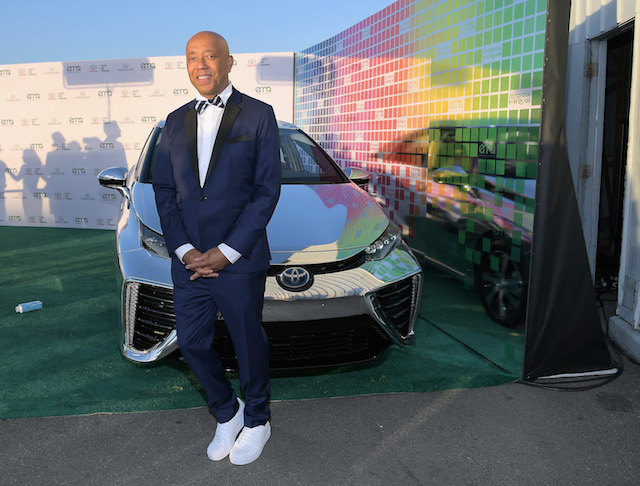 Russell Simmons poses with the Toyora Mirai, the zero emissions car, during the 2017 EMA Awards Presented by Toyota on September 23, 2017 in Santa Monica, California. (Photo by Charley Gallay/Getty Images for Toyota Mirai)

“On June 28, 2018, The Hollywood Reporter published my allegations of being raped by Simmons and sexually assaulted by Extra co-host A.J. Calloway,” Abrams wrote about her allegations against the 60-year-old music mogul. (RELATED: Marc Lamont Hill Says Louis Farrakhan Is The Equivalent Of Sean Hannity)

The story was originally slated to come out at the end of 2018, but NBC News refused to move forward with my claims after six months of extensive research and investigating by Joy-Ann Reid, ultimately employing a similar excuse as the one they used with Ronan Farrow’s now Pulitzer Prize-winning reporting on Harvey Weinstein for The New Yorker.

She then goes on to explain that Mallory’s connection to Farrakhan and antisemitism paled in comparison to how the leader “demonstrated her unwillingness to divest herself from relationships with a problematic man” when she “made it clear she did not believe survivors” of Simmons. 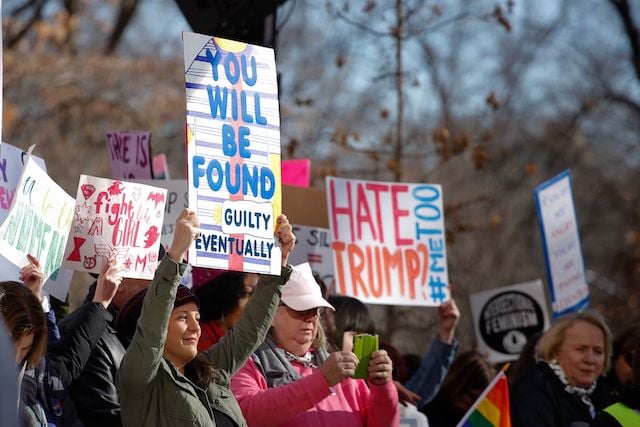 A woman holds a poster as she attends the Womens March on New York City on January 20, 2018 in New York City. (Photo credit: KENA BETANCUR/AFP/Getty Images)

“In this case, it was her vocal support of Russell Simmons, the man whose actions nearly ended my life,” Abrams explained. “During her interview on a podcast that aired three days after my story broke, Mallory was asked about me and my allegation of being raped by Russell Simmons in 1994. In her response to the host, she made it clear that she did not believe survivors.”

“‘Yeah. I mean, I don’t know if I believe in it or not,” Abrams wrote, quoting Mallory’s response to her story on the podcast, “and I’m not going to sit here and say that I believe all of it be … because I’ve seen some things in this industry and in the music industry that, you know I know that there have been people who have lied.'”

“She emphasized her continued close friendship with the embattled mogul and said that she had directly asked him if the allegations were true and that he had denied them,” Abrams continued.

“In addition, she fell back on the well-worn, ‘Well, I wasn’t there and don’t know what really happened,’ trope, adding, ‘I do believe that every woman who comes forward, that their… their claim needs to be substantiated and it needs to be, someone needs to answer for what they say. You know, none of us has to be so quick to try to protect a friend or a family member that we ignore the claims and the pain of women.'” 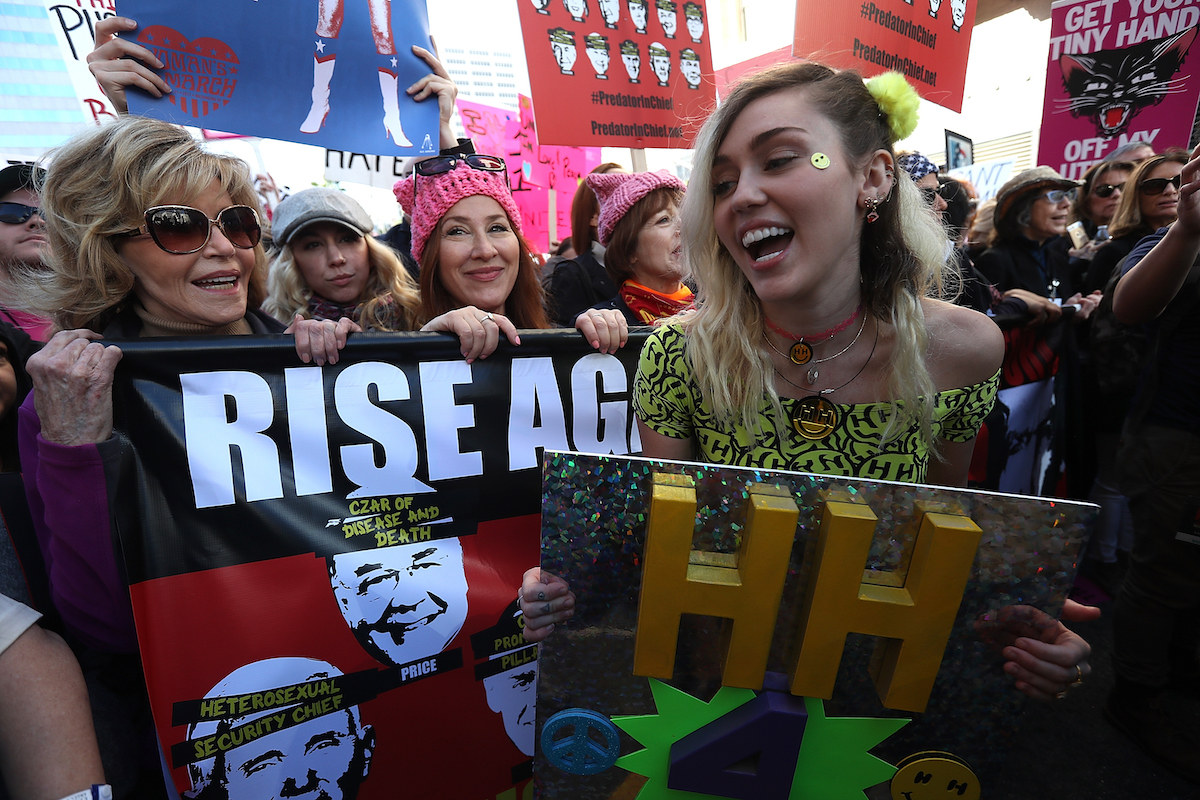 The domestic violence awareness activist went on to talk about the “profound hurt and disappointment” she felt at hearing these words and immediately thought of other women who had accused “Simmons of sexual assault and was incensed that she did not believe that all our stories of victimization were true. Her attempt to defend her position on Simmons was a slap in the face to all survivors of sexual violence.”

As I listened to her interview a second time, I thought about the people who have been assaulted and wondered how they would feel knowing that one of the chief organizers of one of the largest public demonstrations in U.S. history was on the record making excuses for the actions of a credibly accused rapist. This isn’t an issue of ‘misspeaking.’ Her refusal to condemn Farrakhan and choosing to stand by Simmons isn’t a mistake. We are all human and prone to mistakes but if we repeat a behavior, it’s a habit. Mallory’s views are completely at odds with the goals of the Women’s March and the women’s movement.