The court will consider several urgent matters during the conference, including a request from the Trump administration to reverse a court order striking a citizenship question from the 2020 census questionnaire.

Given her participation in the Friday conference, Ginsburg is expected to attend oral arguments on Tuesday, the first time she has taken the bench since the December procedure.

Ginsburg has appeared in public at least once in recent weeks. She attended a production of “Notorious RBG in Song,” a collection of music honoring her professional accomplishments, at the National Museum of Women in the Arts in Washington on Feb. 4. Conspiracy theorists have nonetheless advanced baseless claims about her supposedly ill health.

The justice underwent a procedure called a pulmonary lobectomy at the Sloan Kettering Memorial Cancer Center in New York after two cancerous nodules were identified in her lungs. Doctors have since announced that the surgery was successful and there are no remaining signs of disease. (RELATED: Supreme Court Allows Execution Of Muslim Inmate Denied Company Of His Imam)

Nevertheless, the justice privately recuperated in the following weeks and missed oral arguments during the court’s January sitting, though she continued to participate in the disposition of cases. 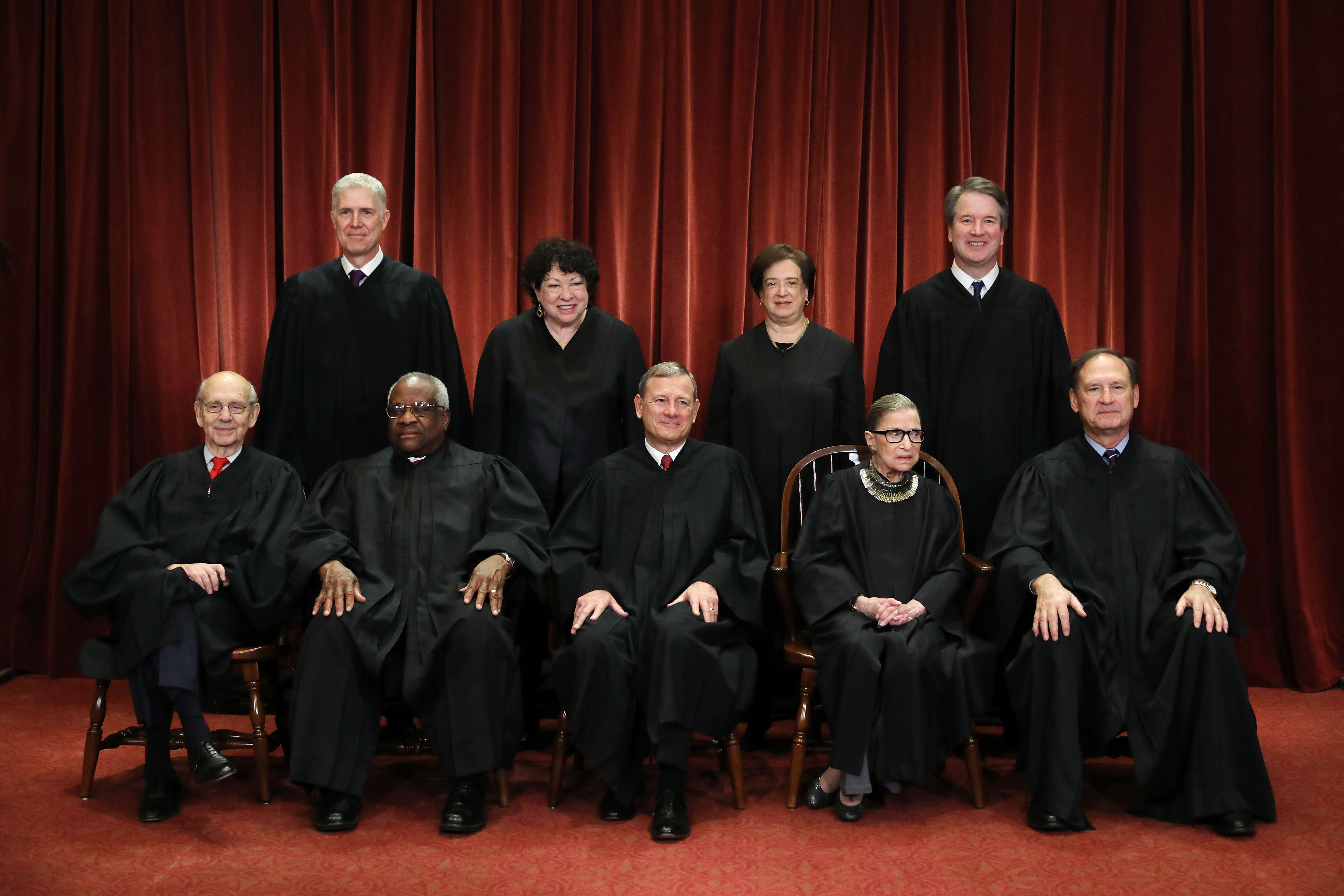 The justices of the Supreme Court pose for their official portrait on Nov. 30, 2018. (Photo by Chip Somodevilla/Getty Images)

Less than a week before the procedure, Ginsburg claimed to be in good health during a public event at the Museum of the City of New York.

Ginsburg’s two month absence is quite mild when compared to other crises of capacity and fitness in the modern era — former Justice Charles Whittaker, who served from 1957 to 1962, suffered from intense bouts of anxiety and depression that seriously impeded his ability to participate in the court’s work. Former Justice Thurgood Marshall, a civil rights icon, was thought to be in serious cognitive decline during the final years of his tenure.