Democratic Minnesota Sen. Amy Klobuchar, a 2020 hopeful, took an apparent swipe at fellow contender Beto O’Rourke, saying while she respects the former congressman, she was not “born” to run for president.

“It was probably more when I got to college. When I was growing up, in high school, that’s not what girls thought they were going to do,” Klobuchar said in a Sunday interview on NBC’s “Meet the Press.”

“My parents, I think, thought it was a possibility. But I really didn’t. And so for me, it’s something that’s happened over time, as I’ve realized I can do things,” Klobuchar said. “I can get elected to the secretary-treasurer of my high school class. I can move on from there, and so I think it’s something that I didn’t have from birth.”

Host Chuck Todd asked if she was referencing O’Rourke’s comment that he feels he was “born to be in” the 2020 presidential race, which he said in an interview with Vanity Fair released Wednesday before launching his official bid.

“I have a lot of respect for Beto, and it’s great to have some Texas in this race. But no, I wasn’t born to run for office, just because growing up in the ’70s, in the middle of the country, I don’t think many people thought a girl could be president,” she replied.

Klobuchar was one of the first Democratic senators to announce her candidacy for the 2020 presidential campaign. The Minnesota Democrat made the announcement Feb. 10 in her home state. After her announcement, reports broke that she has a history of allegedly being rude to staff, making many of her employees cry, as well as reportedly hitting one of her staffers with a binder by accident when she threw it down. 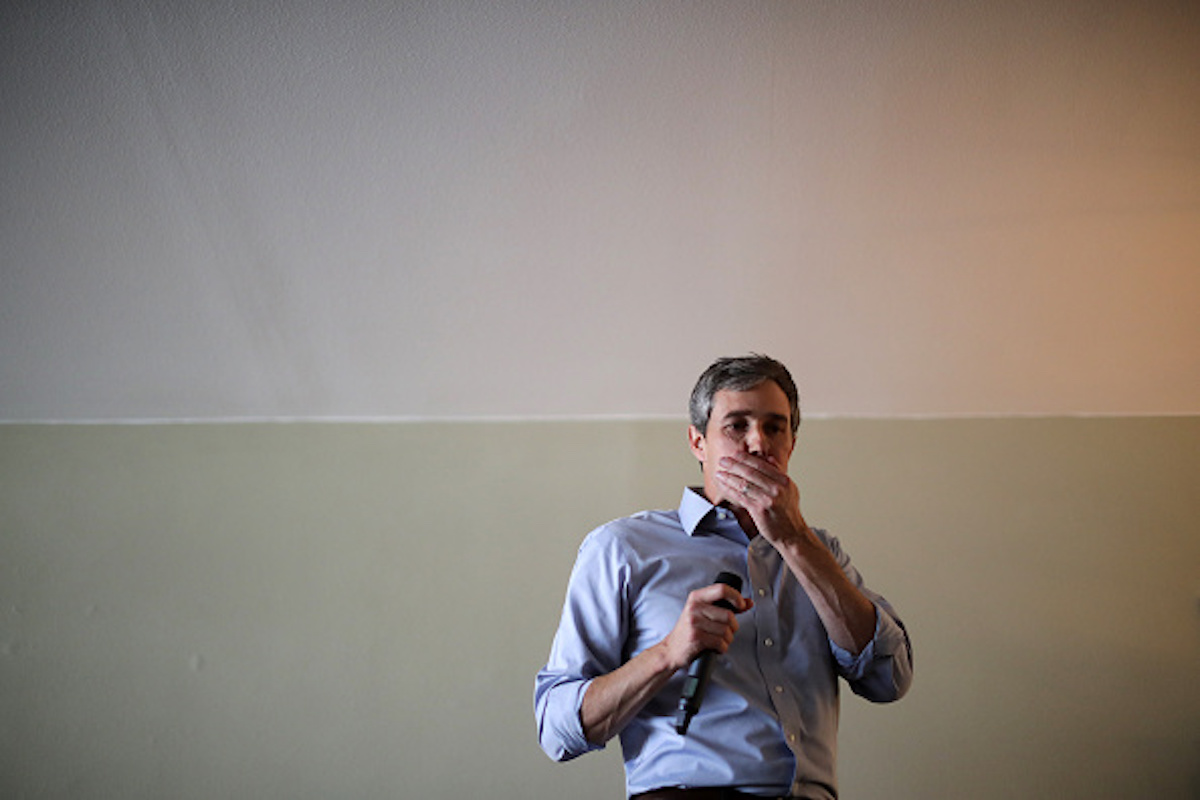 Democratic presidential candidate Beto O’Rourke answers questions from voters during his second day of campaigning for the 2020 nomination at The Sing-A-Long Bar and Grill March 15, 2019 in Mount Vernon, Iowa. (Photo by Chip Somodevilla/Getty Images)

The Minnesota Democratic has since defended the reports about treating her staff poorly, saying she is tough enough to deal with Russian President Vladimir Putin if elected president. (RELATED: Klobuchar Defends Reports About Poor Staff Treatment — Tough Enough To Deal With Putin)

Both Klobuchar and O’Rourke will have to fight through the crowded Democratic primary in order to take on President Donald Trump in the 2020 general election.