Democratic presidential candidate Pete Buttigieg acknowledged that “all lives matter” in a 2015 speech, a move that could potentially derail the progress he’s made among Democrats in recent weeks.

The South Bend, Indiana, mayor delivered the remarks during a March 2015 “State of the City” address. “There is no contradiction between respecting the risks that police officers take every day in order to protect this community, and recognizing the need to overcome the biases implicit in a justice system that treats people from different backgrounds differently, even when they are accused of the same offenses,” Buttigieg said in the speech, CNBC reported Wednesday.

“We need to take both those things seriously, for the simple and profound reason that all lives matter,” he said.

Black Lives Matter is an “organization whose mission [i]s to build local power and to intervene when violence [i]s inflicted on Black communities by the state and vigilantes,” according to its website. The group was founded in 2013 after a number of violent incidents occurred between police and black victims, sparking outrage among the black community.

Critics of the phrase “all lives matter” argue that the words dismiss black lives and miss the goal of the movement, which seeks to affirm and embrace the resilience of blacks, according to its Twitter handle.

Buttigieg, 37, is a former Navy intelligence officer, openly gay and speaks seven different languages. He officially entered the 2020 presidential race on Jan. 23 and had little name recognition. Recently, however, support for the mayor spiked after media outlets noticed his likability and general appeal.

South Bend organizer Nate Levin-Aspenson criticized Buttigieg’s 2015 comments. “That’s four years ago, but it was not that long ago. It was not a time when ‘all lives matter’ was a smart thing to say, or reflective of someone who is concerned about black people being killed by the police,” Levin-Aspenson said, according to CNBC. (RELATED: Buttigieg Heads To Hollywood As He Seeks Campaign Support: Report) 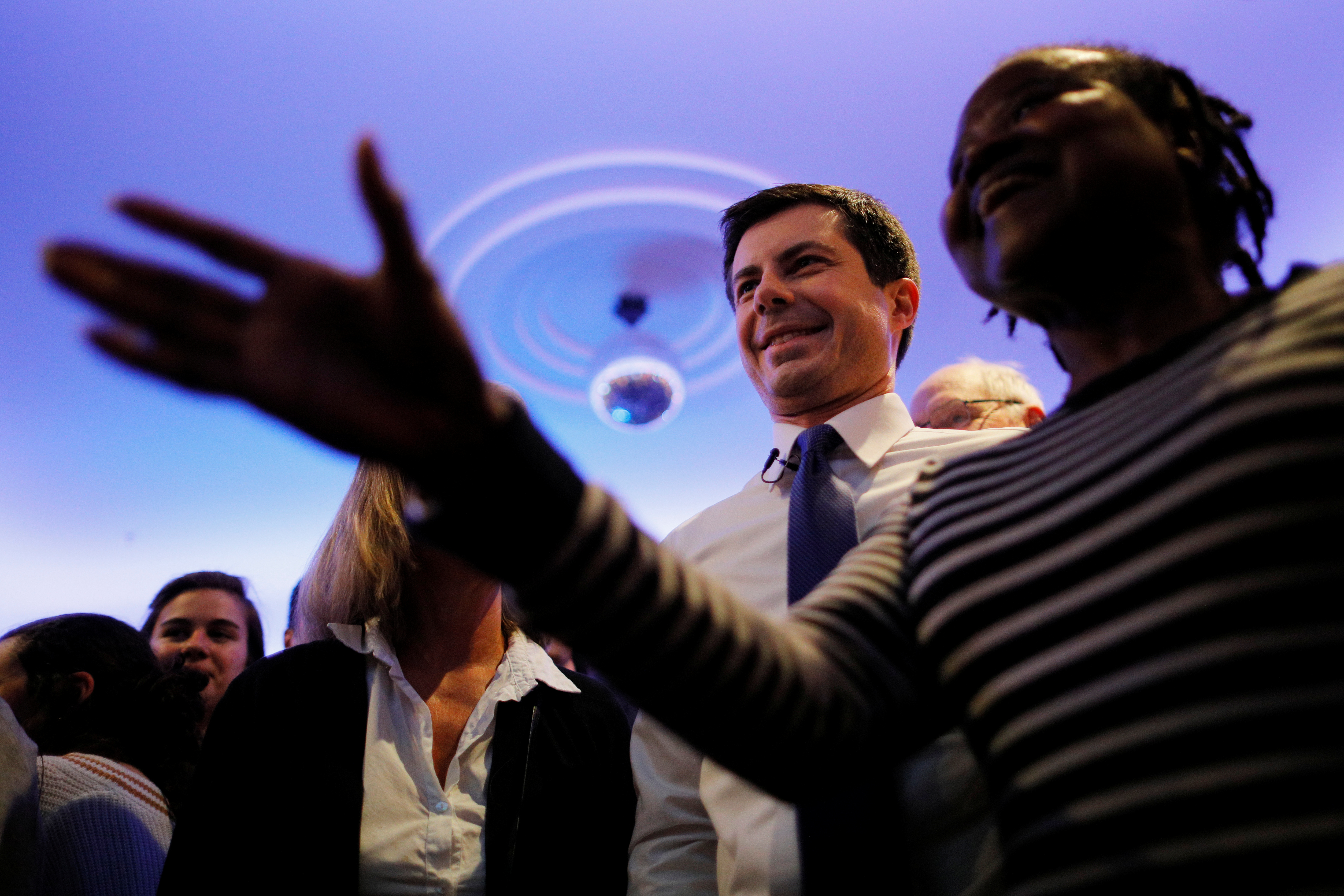 “The Mayor’s comment was in the context of discussing racial reconciliation in his 2015 State of the City speech,” Buttigieg spokesperson Lis Smith told The Daily Caller News Foundation in an email Wednesday. “He believes black lives matter and that has been reflected in his actions as mayor of South Bend.”

Buttigieg began his campaign as and remains an underdog but has gained major traction in recent weeks. A recent poll put Buttigieg in third behind former Vice President Joe Biden and Independent Vermont Sen. Bernie Sanders among Democratic Iowa voters. (RELATED: 2020 Contenders: Who’s In, Who’s Out and Who’s On The Fence)

“Pete Buttigieg is more likely to be the Democratic nominee than Joe Biden,” according to a Monday tweet from statistician Nate Silver.

Black Lives Matter did not respond to TheDCNF’s request for comment in time for publication.