A CNN panel criticized former Vice President Joe Biden for joking about touching people during a speech he gave on Friday after facing accusations of inappropriately touching others.

The segment began with CNN’s John King airing a clip of Biden joking about having permission to hug a boy during his speech in front of the International Brotherhood of Electrical Workers. (RELATED: Biden Accuser Says He ‘Hasn’t Reflected At All’ Following Allegations, Jokes)

“I get — I’ve talked to a lot of people around the vice president. He doesn’t think he’s done anything wrong. He says he welcomes the character debate. But he says he gets it. He doesn’t get it if he’s not understanding the women think their space was violated, that they were disrespected. They’re not going to find that funny,” King began after showing the clip.

“You say disrespect. So earlier in that speech, he was talking about how people treat blue collar workers, how they treat wait staff. He says, ‘It matters how we treat people.’ Exactly,” Jackie Kucinich of The Daily Beast added. “It matters how these women feel. It matters if they feel like they were disrespected by the vice president or former vice president. That’s what matters here. And this — his jokes today run counter to that web video. There’s no other way to see that.”

King responded, “He had to know walking onto the stage that moment and then he makes what he considers to be a joke which I suspect a lot of other people, especially the women involved here, are going to find offensive.” 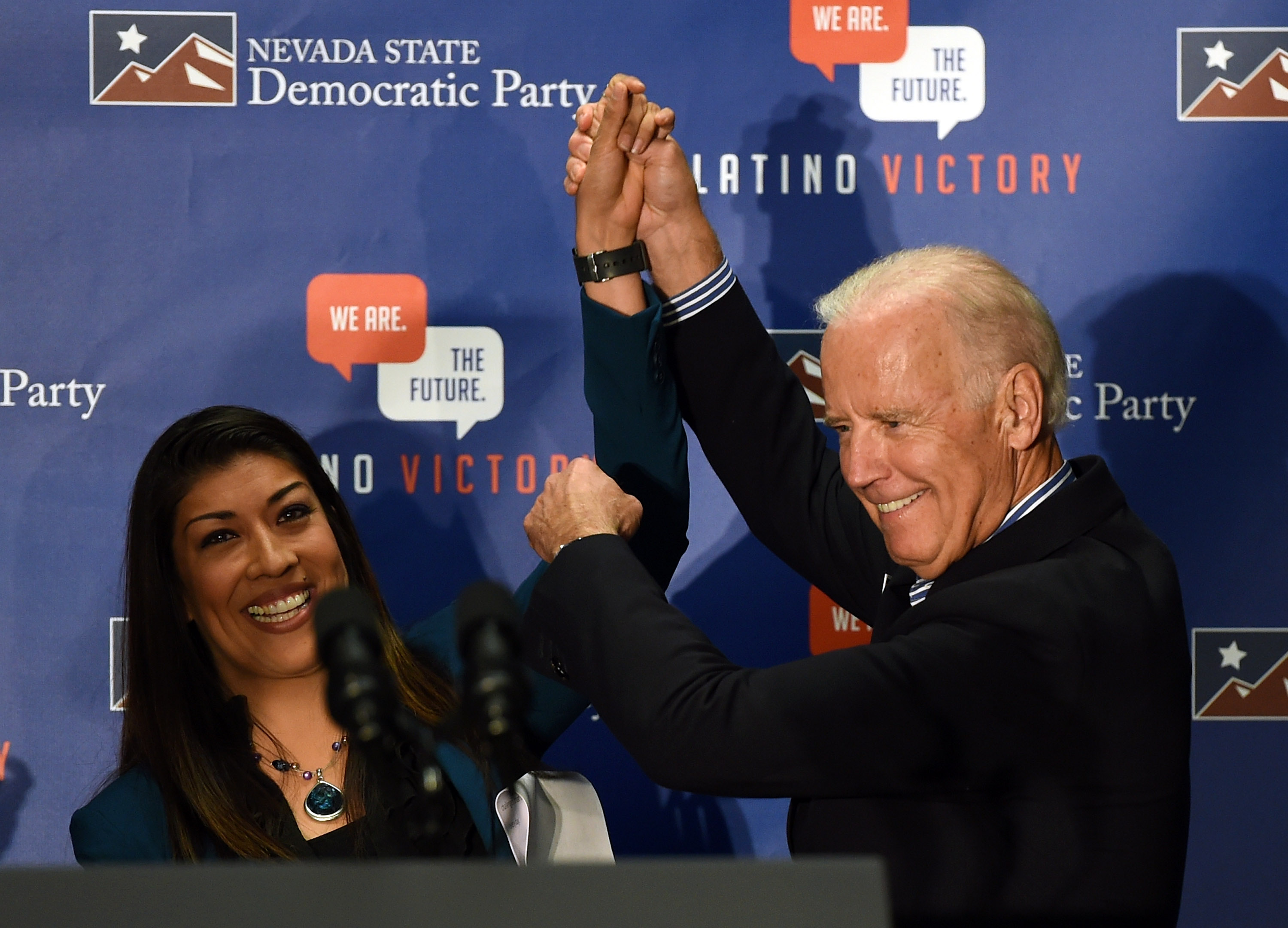 “I think you’re getting at the fact that the touching issue is far from Biden’s only problem. He’s run for president several times and hasn’t been successful. Democrats generally don’t run candidates — or don’t nominate candidates who have run before,” Eliana Johnson of Politico stated. “They haven’t done that for a long time. It’s very telling that Barack Obama is not backing his former vice president. Instead Obama and his former aides have been very warm toward Beto O’Rourke. And finally the lack of discipline. There’s a time for jokes and a time for seriousness.” (RELATED: Biden Issues Sarcastic Comeback To Trump Trolling Him)

In the last week, seven women have accused Biden of inappropriately touching them. The allegations range from touching women’s thighs to kissing women’s heads and rubbing his nose with theirs.

“Social norms are changing,” Biden said in a video posted on social media Wednesday, his first public statements since the first allegations came out.