Extremists connected to the Easter suicide bombings at churches and hotels in Sri Lanka killed 15 people after opening fire and detonating explosives Friday night when police raided a home in the eastern part of the country, authorities said.

Six of the dead were children, reported The Associated Press. The additional violence comes after a group of attackers targeted six hotels and churches and killed roughly 250 people, many of whom were Christians celebrating Easter.

Original reports put the death toll over 300 but it has since been revised down, reported BBC.

The Friday night killings came in the wake of a tipoff about a suspected safe house near Sammanthurai, reported the AP. A woman and a girl survived the explosion at the house but are being treated for critical injuries, police spokesman Ruwan Gunasekara said. (RELATED: Suspected Ringleader Of Easter Sunday Bombings Died In Attacks: Sri Lankan Police)

Sri Lankan officials are wary the deaths will continue to pile up as they ferret out militants. They recovered dangerous explosives and even Islamic State flags, reported the AP. 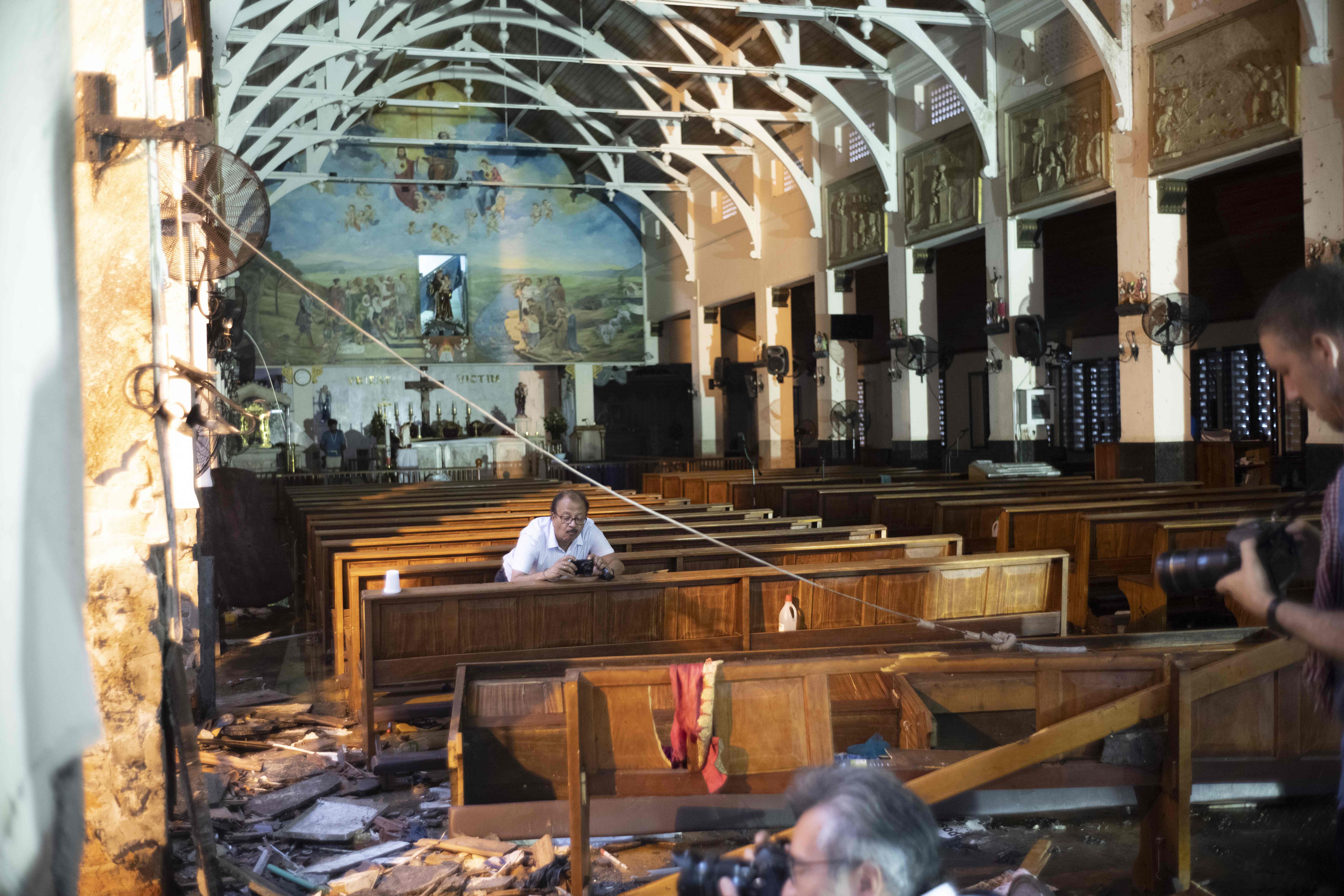 Police also said the suspected ringleader of an Islamic extremist group Sri Lankan officials blame for the initial bombings died in an explosion at the Shangri-La hotel in the country’s commercial capital, Colombo, on Easter. 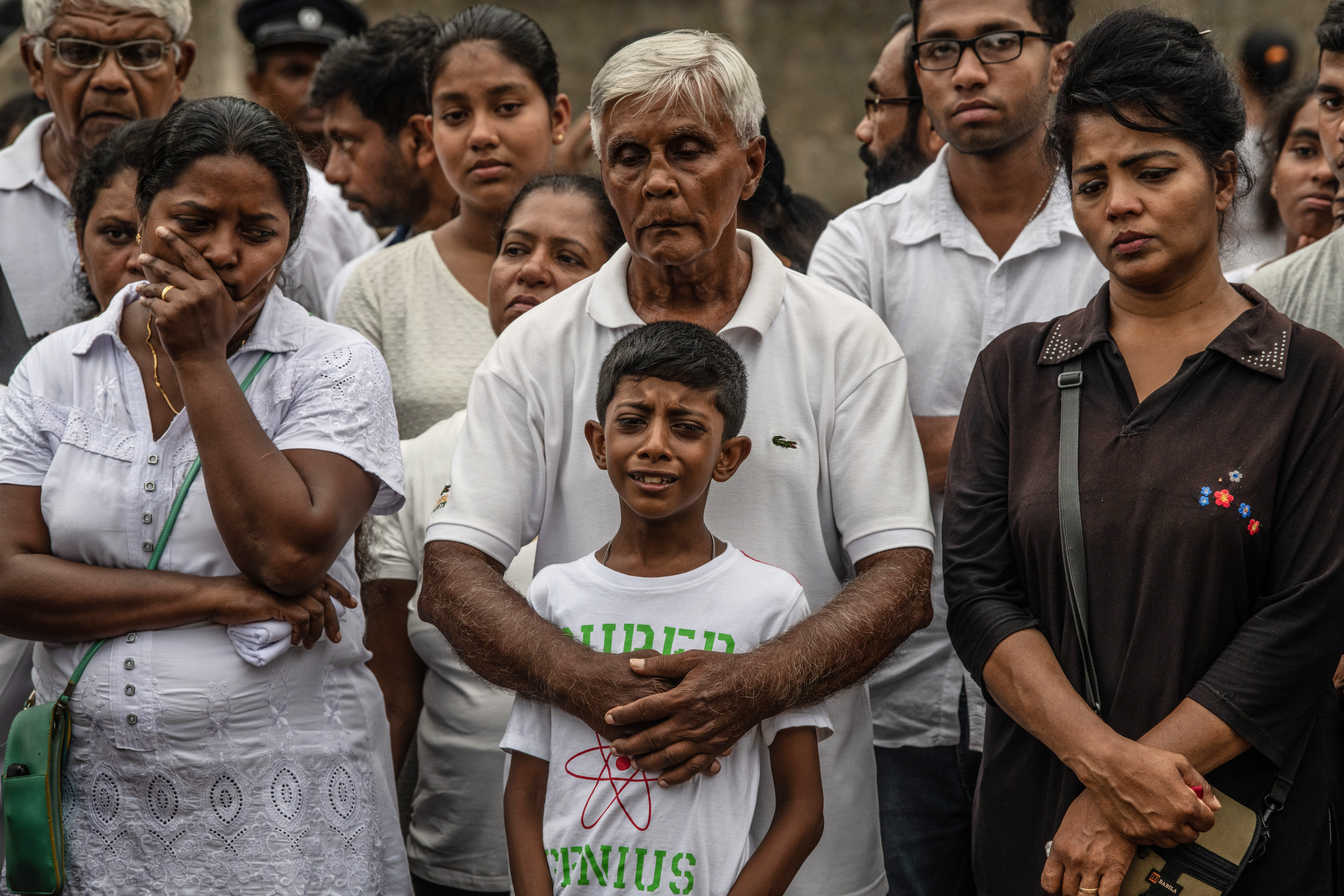 A young boy cries during a funeral for a family member killed in the Easter Sunday attack on St Sebastian’s Church, on April 25, 2019 in Negombo, Sri Lanka. (Photo by Carl Court/Getty Images) 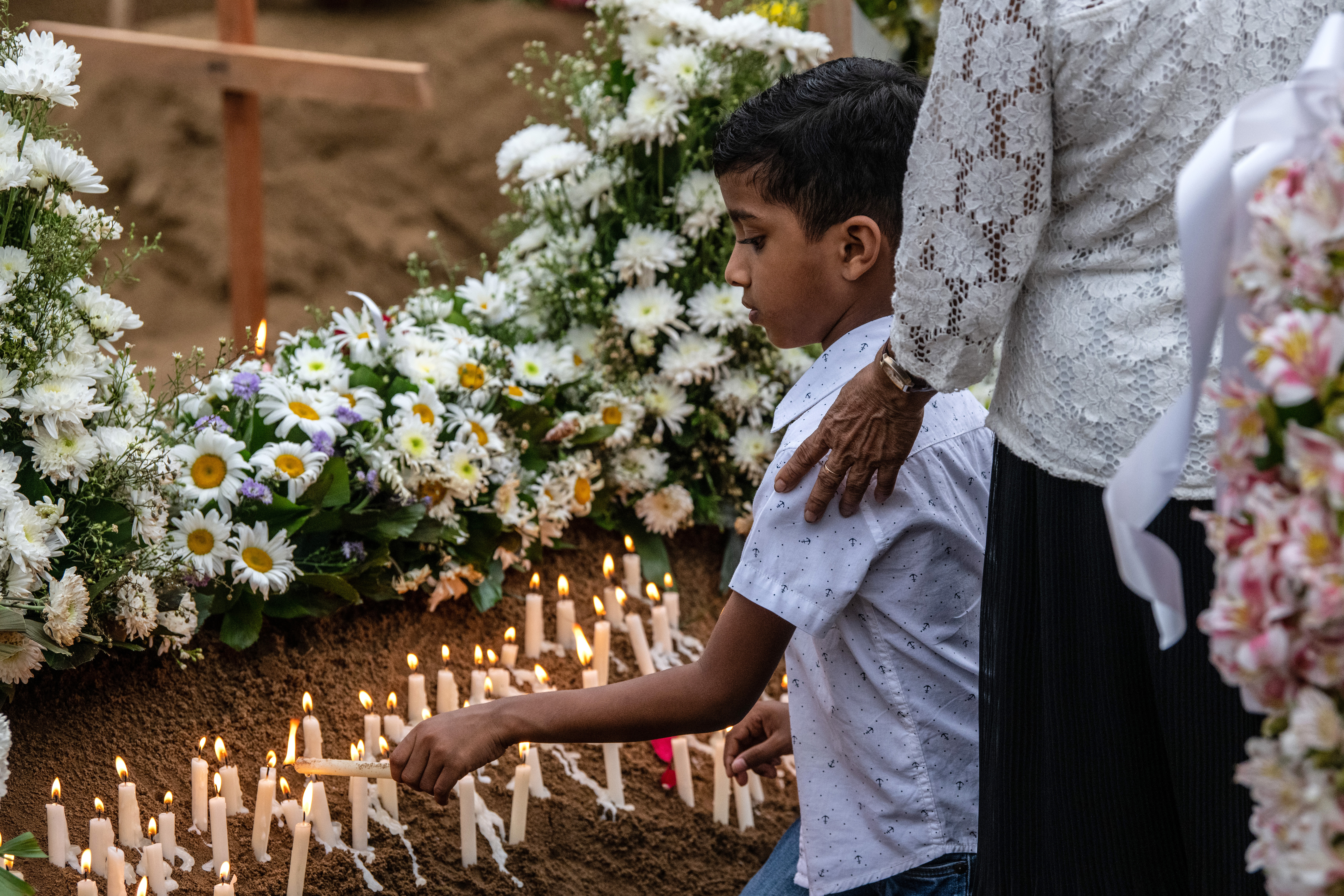 A young boy lights a candle at a grave after a funeral for a person killed in the Easter Sunday attack on St Sebastian’s Church, on April 25, 2019 in Negombo, Sri Lanka.(Photo by Carl Court/Getty Images)

Life has not returned to normal in Sri Lanka, where Catholic leaders announced all Sunday masses are canceled in the wake of the Easter terrorist bombings. Leaders also encourage Muslims to avoid gathering to pray in fear of retaliatory attacks.

The Easter bombings attracted horror and attention from worldwide media. But not all coverage was well-received. The Washington Post provoked online backlash Monday after publishing an article that said the recent terrorist attacks targeting Christians in Sri Lanka fueled “far-right anger in the West.”