The cartoonist who drew the anti-Semitic caricature of President Donald Trump and Israeli Prime Minister Benjamin Netanyahu defended his work Monday in a Portuguese newspaper.

The cartoon in question, which appeared in Thursday’s New York Times international paper, featured Israeli Prime Minister Benjamin Netanyahu as a dog with a Star of David collar leading a blind Trump, who is wearing a yarmulke. There was no caption or text alongside the caricature.

“It is a critique of Israeli policy, which has a criminal conduct in Palestine, at the expense of the UN, and not the Jews,” said António Moreira Antunes, who goes by António, in an interview with Expresso, a Portuguese paper where he works. 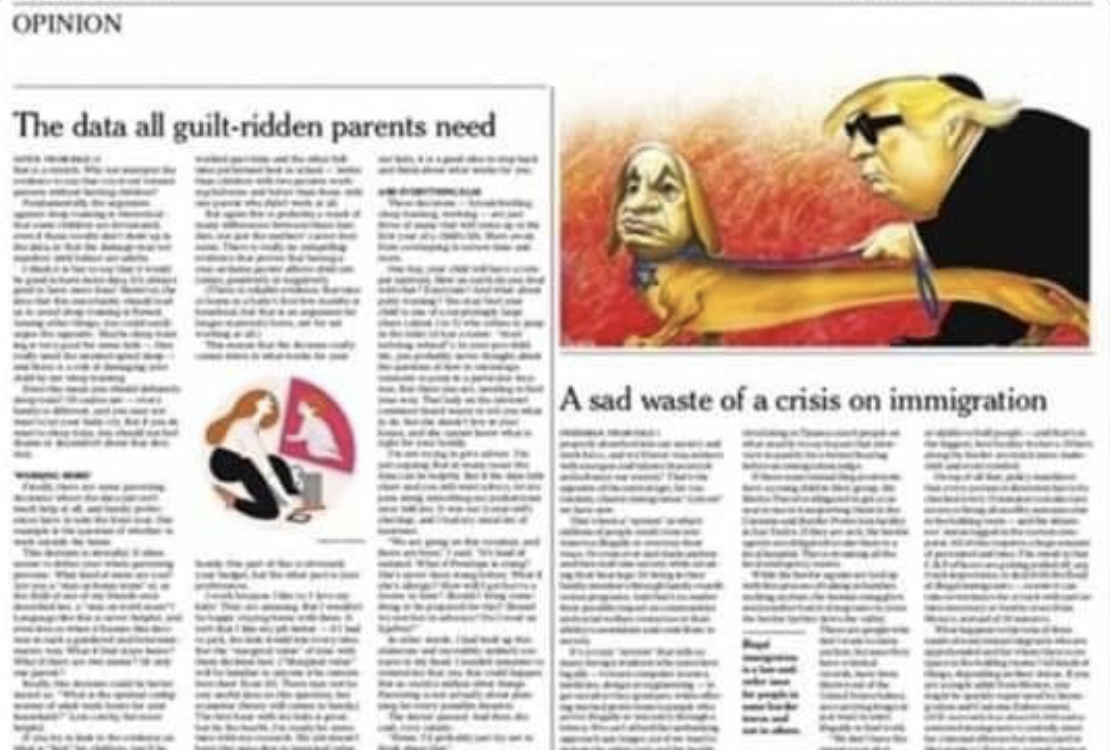 “The reading I made is that Benjamin Netanyahu’s politics, whether by the approach of elections or by being protected by Donald Trump, who changed the embassy to Jerusalem by recognizing the city as capital, and which first allowed the annexation of the Golan Heights and after the West Bank and more annexations in the Gaza Strip, which means a burial of the Oslo Accord, it represents an increase in verbal, physical and political violence,” he continued. “It is a blind policy that ignores the interests of the Palestinians. And Donald Trump is a blind man The Star of David [Jewish symbol] is an aid to identify a figure [Netanyahu] that is not very well known in Portugal.”

It says in part, “We are deeply sorry for the publication of an anti-Semitic political cartoon last Thursday in the print edition of The New York Times that circulates outside the United States, and we are committed to making sure nothing like this happens again.”

Wait…the ⁦@nytimes⁩ featured ANOTHER Netanyahu cartoon? This one AFTER the Thursday cartoon depicting Netanyahu as a dog? Am I reading this right? Is the Times obsessed with Israel’s prime minister? pic.twitter.com/r1KsSaYWtw

Since then, the Times published another cartoon of Netanyahu. This one depicts a blind Netanyahu holding a tombstone that has an Israeli flag drawn on it.

The backlash surrounding the Times’ cartoon coincided with a terror attack that left one person dead when a man opened fire Saturday inside a California synagogue. (RELATED: One Dead, Several Injured In Shooting At San Diego Synagogue)

The Times did not respond to a request for comment about Antonio’s comments.