“We cannot be the first generation to leave less to our kids, not more. That’s why I’m running for President. Let’s build opportunity for every American and restore integrity to our government,” Bennet announced on Twitter Thursday morning.

We cannot be the first generation to leave less to our kids, not more.

That’s why I’m running for President. Let’s build opportunity for every American and restore integrity to our government.

Bennet, 54, is expected to make health care a big part of his presidential platform, but he is not a supporter of Medicare for all like many of his Democratic rivals. Bennet re-introduced his legislation that would create “Medicare-X,” a public option that does not eliminate private health insurance. (RELATED: UNCC Victim Sacrificed Himself By Jumping On Shooter: Police)

Health care is something that has been at the forefront of Bennet’s agenda, especially after being diagnosed with prostate cancer, something he revealed to The Colorado Independent earlier in April. 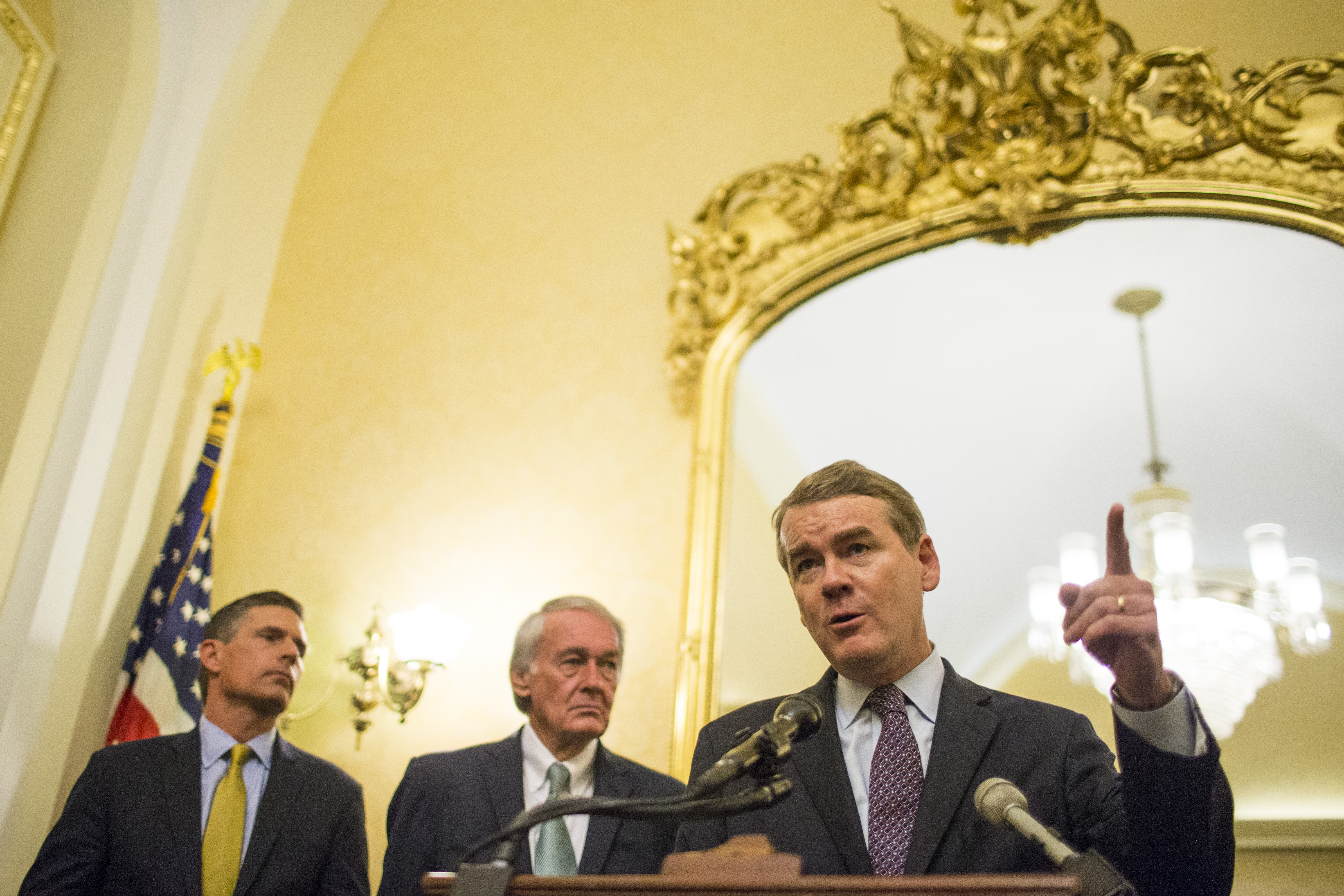 “It was detected early. It is highly treatable. I have insurance through Kaiser Permanente. I feel lucky that the doctors found it. I feel lucky that I’ll probably be OK,” Bennet said. “The reason I wanted to share this is that I didn’t want anyone to make it other than what it is — a brief healthcare speed bump. Having said that, it is a reminder of how important it is for people to have health insurance and to have primary care checkups.”

“I don’t want to be hysterical, but if it was left in me undetected, it could kill me. It won’t because I have insurance and decent medical care. The idea that the richest county in the world hasn’t figured out how to have universal health care is beyond embarrassing. It’s devastating,” he continued.

Bennet spent a long weekend in Iowa in February to introduce himself to potential voters after his condemnation of Republican Texas Sen. Ted Cruz went viral and made him want to explore a bid for the presidency.

“These crocodile tears that the senator from Texas is crying for the first-responders are too hard for me to take,” Bennet said while speaking about the federal government shutdown that ended in January. “They’re too hard for me to take, because when the senator from Texas shut this government down in 2013, my state was flooded. It was underwater.”

Bennet has represented Colorado in the Senate since 2009.