Washington Democratic Gov. Jay Inslee tweeted Tuesday that “climate change is personal” for Davenport, Iowa, which has seen historic flooding this year. Inslee’s goal is to dig at President Donald Trump and bolster his climate campaign in the 2020 Democratic primary’s first voting state.

For the people of Davenport, Iowa, climate change is personal. It’s destroying their homes, harming their communities, and hurting their livelihoods. We must defeat the climate crisis to protect our fellow Americans. pic.twitter.com/hzOCihOwVe

Inslee has focused his entire 2020 presidential bid around tackling climate change. However, Inslee barely registers in the polls, despite Democrats reportedly listing climate change as a top issue.

Democratic Massachusetts Sen. Elizabeth Warren has also taken her climate change message to Iowa, saying “those who deny climate change” are putting Americans at risk of being harmed by supercharged extreme weather. (RELATED: Environmentalists Say Imprisoned Felons Should Be Able To Vote Because Of Global Warming)

The consequences of climate change are severe, and they are already affecting places like Burlington, Iowa. We have a moral responsibility to act—now. pic.twitter.com/Vk1ym8kJqd 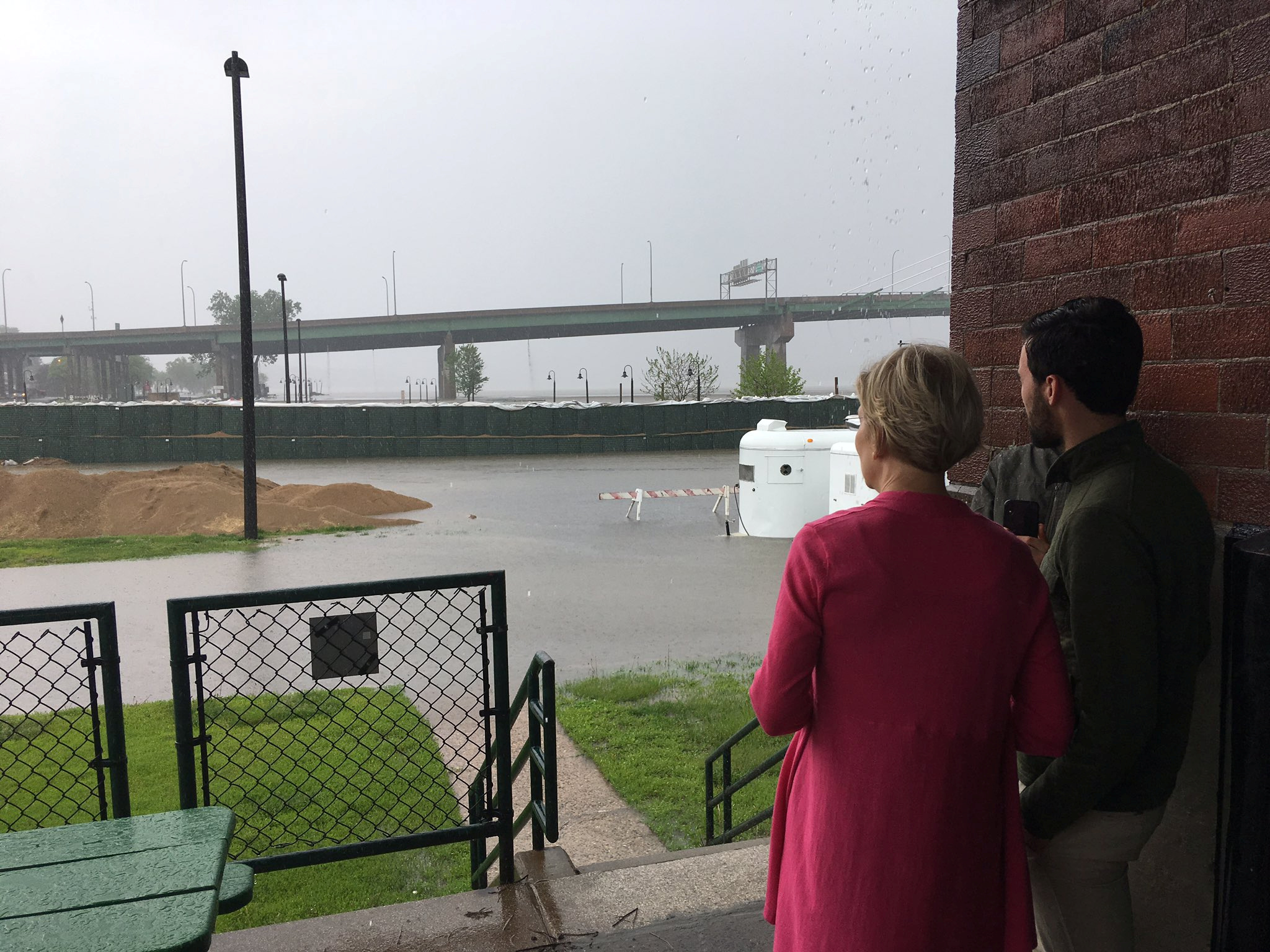 “It’s not like there have never been floods or tornadoes in the Midwest, it’s how often they are coming and how severe they are,” Warren said in a video posted to social media depicting her in Burlington as rain fell and flood waters rose.

Warren’s remarks come after a meteorologist fact-checked Democratic New York Rep. Alexandria Ocasio-Cortez in her attempt to link tornadoes to man-made climate change. Damaging tornadoes were reported in Iowa over Memorial Day, including one that did extensive damage in Charles City.

So, are Inslee and Warren correct? Is there a strong link between tornadoes, floods and climate change?

The Daily Caller News Foundation examined the last two National Climate Assessments reports (NCAs), released in 2017 and 2018, which are published by federal agencies with the help of hundreds of scientists and experts.

The NCAs may have some problems, including reliance on unlikely extreme warming scenarios, but the report is generally regarded as “consensus” science about climate change’s effects on the U.S.

The 2018 NCA says that “scientific understanding is not yet detailed enough to confidently project the direction and magnitude of future change” in tornadoes and severe thunderstorms.

“One important implication is that the frequency of days with large numbers of tornadoes — tornado outbreaks — appears to be increasing,” reads the 2017 NCA.

And that’s apparent in reports of EF-0 tornadoes, the lowest level on the Enhanced Fujita scale that measures tornado damage. An EF-0 tornado measures between 65 to 85 miles per hour and does light amounts of damage, like breaking off tree branches. 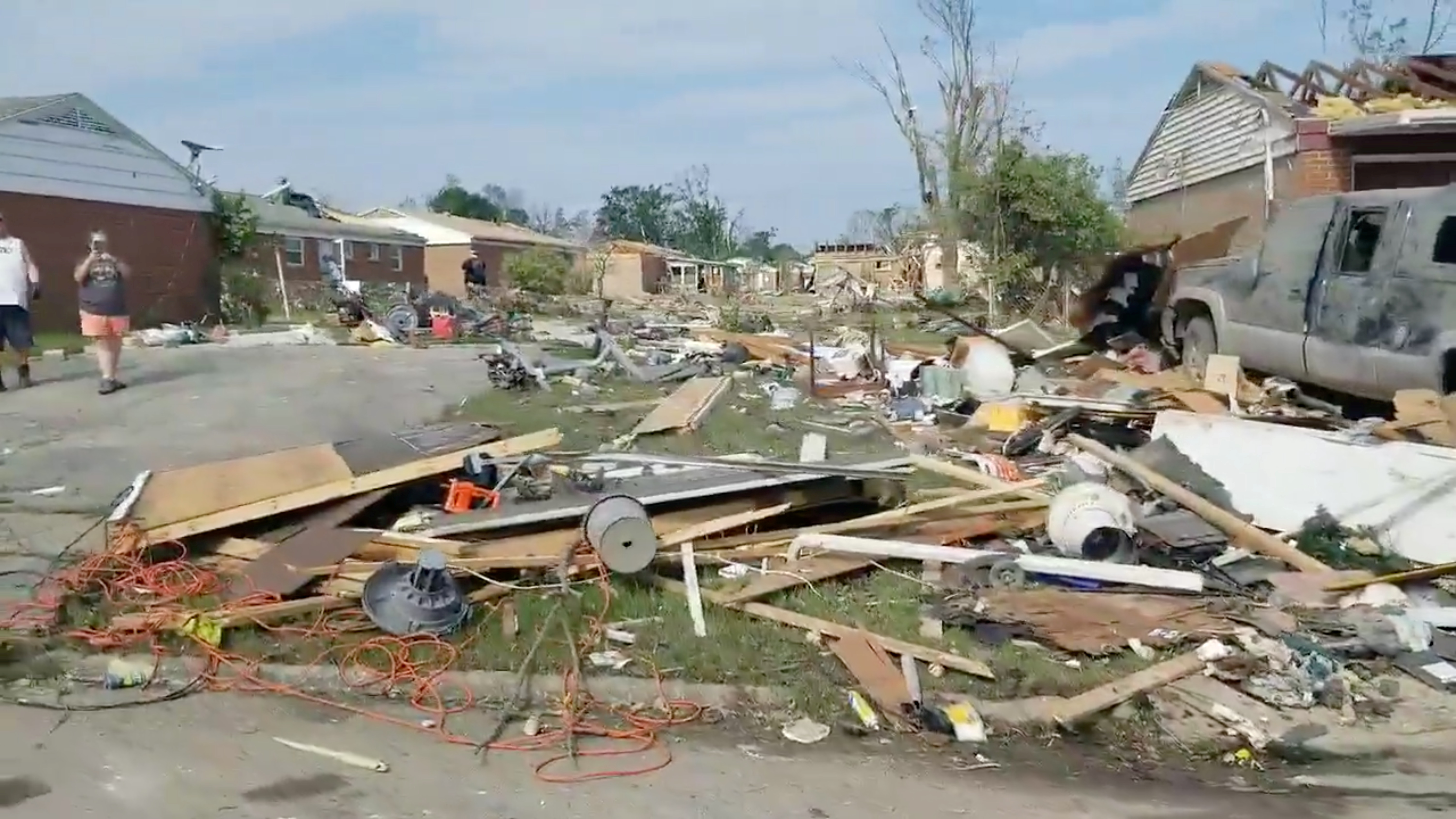 A debris is seen after a tornado touched down, in Brookville, Ohio, U.S., May 28, 2019 in this still image obtained from social media. Twitter@Evan Kilgore via REUTERS.

But there’s a problem with historic tornado data, experts say. Tornadoes, unlike other events, are confirmed by eyewitness accounts, meaning we’re more likely to see them today than in the past.

Likewise, even if a tornado is not observed, meteorologists can survey damaged areas to determine whether or not a tornado indeed touched down. Add in population growth, technology changes and better storm knowledge, and you’ve got a massive observation bias.

However, the National Oceanic and Atmospheric Administration (NOAA) tried to get around this problem by counting EF-1 and higher storms that would be harder for people to miscount.

When doing that, NOAA found “there has been little trend in the frequency of the stronger tornadoes over the past 55 years.” In fact, NOAA reports a decreasing trend for the most violent tornadoes, EF-3 and higher.

Climate activists and some media outlets made similar claims when historic floods hit the Midwest in March. However, linking climate change to river flooding doesn’t seem to be supported by the NCAs. 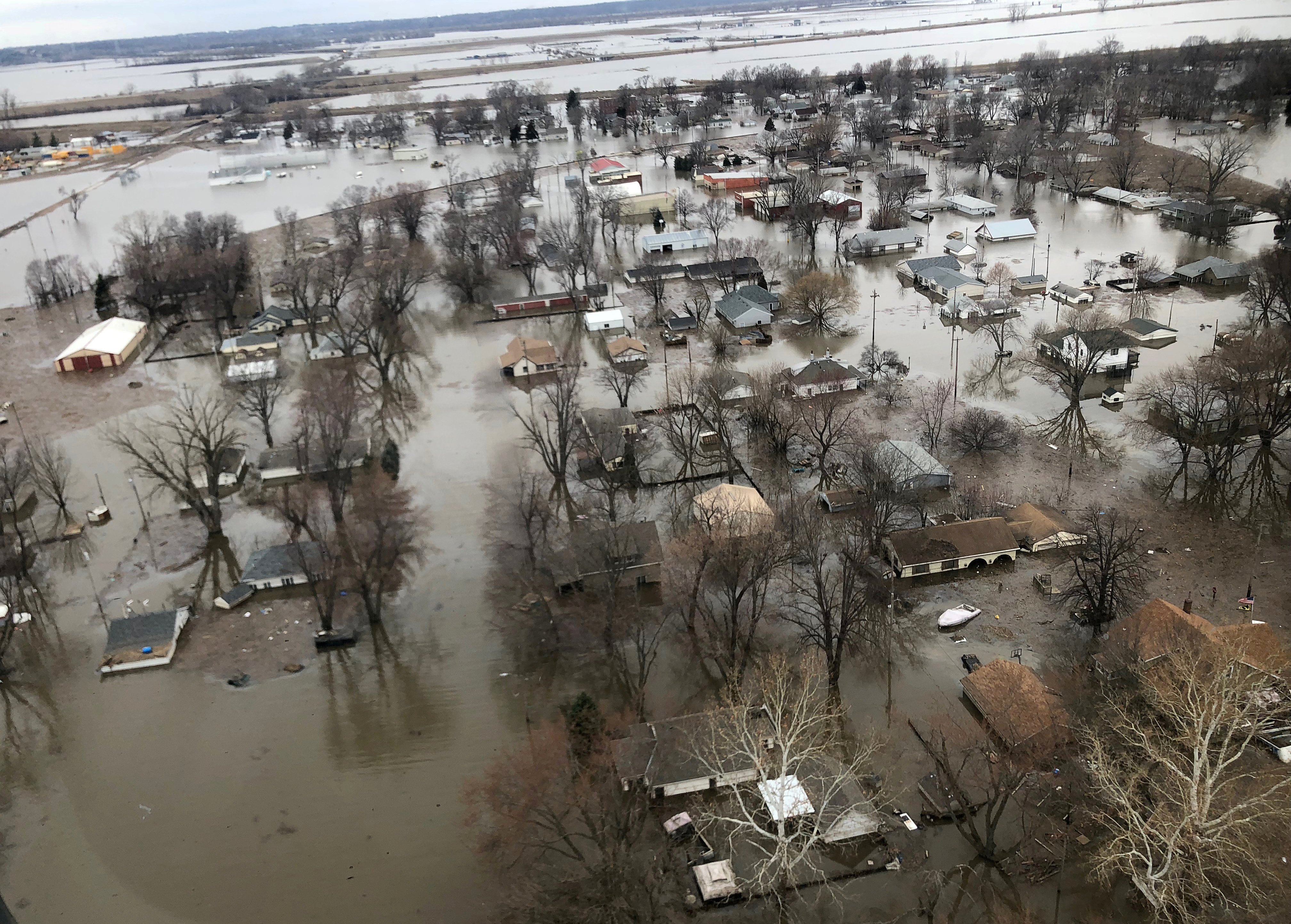 Scientists behind the 2017 NCA concluded “formal attribution approaches have not established a significant connection of increased riverine flooding to human-induced climate change” despite an observed increase in heavy rainfall in the past century.

However, the NCA also noted that “no formal attribution of precipitation changes to anthropogenic forcing has been made so far” for U.S. regions. Likewise, “confidence is low” for linking climate change to extreme rainfall “due to the short observational period, high natural variability, and model uncertainty,” the NCA found.