The Virginia Legislative Black Caucus (VLBC) announced Monday that its more than 20 members would make other arrangements to avoid Trump’s address and all other events associated with the historic celebration of U.S. democracy. Instead, the lawmakers participated in a series of ceremonies with slavery as a focus, a release from the caucus details.

Here is our press release https://t.co/YCx7kg41fE

The black lawmakers laid wreaths for other black legislators who came before them, spoke on the arrival of slaves to Jamestown, and explored the “Determined” exhibit, which details the “400-year-struggle” for blacks in the U.S. 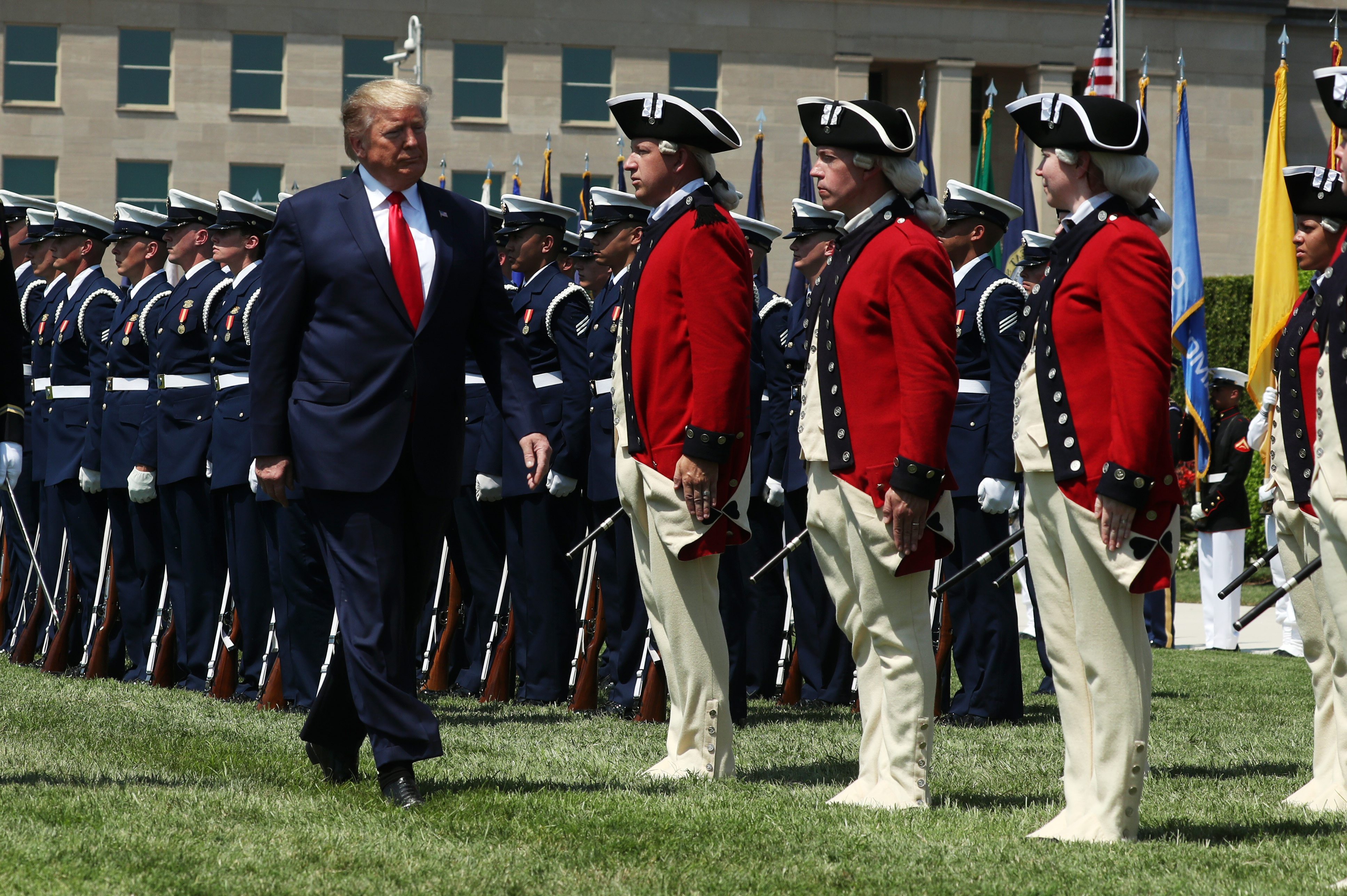 ARLINGTON, VA – JULY 25: U.S. President Donald Trump inspects the troops during a full honors welcome ceremony on the parade grounds at the Pentagon, on July 25, 2019 in Arlington, Virginia. Earlier this week Esper was sworn in as the 27th Secretary of Defense. (Photo by Mark Wilson/Getty Images)

The VLBC said Trump’s appearance in Jamestown is “antithetical to the principles for which the caucus stands,” citing his “racist and xenophobic” tweets and rhetoric.

“The commemoration of the birth of this nation and its democracy will be tarnished unduly with the participation of the President, who continues to make degrading comments toward minority leaders, promulgate policies that harm marginalized communities, and use racist and xenophobic rhetoric,” a statement from the caucus read.

“As we celebrate the beginning of American Democracy, we must recognize that it is a government by, of, and for the people built on the ideals of personal liberty, justice, and the rule of law,” VLBC Vice Chair Jennifer McClellan said a statement. “The President’s words and actions demonstrate that he does not share or embody these ideals.”

The caucus also said they view anyone who attended the 400th anniversary celebration as “complicit” in Trump’s “atrocities.”

Virginia Democratic Governor Ralph Northam came under fire in February 2017 when a yearbook page associated with his name showed a man in blackface and another dressed as a Klansmen — one of which was alleged to be Northam. He has since apologized for the incident, but the VLBC has not listed any plans to protest him. (RELATED: Four Weeks After Blackface Photo Surfaced, Ralph Northam Still In Office)

Neither Northam nor the VLBC responded to a request for comment.