Dorian hovered above the Bahamas for over a day beginning Sunday evening, leaving mass destruction in its path. The now-Category 2 hurricane scraped coastal Florida Tuesday and is heading toward Georgia and the Carolinas. This part of the U.S. could face “destructive winds, flooding rains, and life-threatening storm surges,” the National Hurricane Center said.

“There is no more time for hesitation,” Republican South Carolina Gov. Henry McMaster tweeted Tuesday evening. “If you are in an evacuation zone you need to evacuate now.”

“We have seen the life-and-death effects of this storm in the Bahamas, and we urge everyone on the islands at the coast to leave,” North Carolina Gov. Roy Cooper said in a statement, NBC News reported.

At least five people have died from Dorian in the Bahamas. Around 62,000 people on the islands need fresh water, and over 13,000 homes on Abaco Island and Grand Bahama island are either damaged or destroy, according to NBC News. The death toll will likely rise, CNN reported.

“It’s total devastation. It’s decimated. Apocalyptic. It looks like a bomb went off,” Lia Head-Rigby, who helps run a local hurricane relief organization, said about the islands according to the Associated Press. 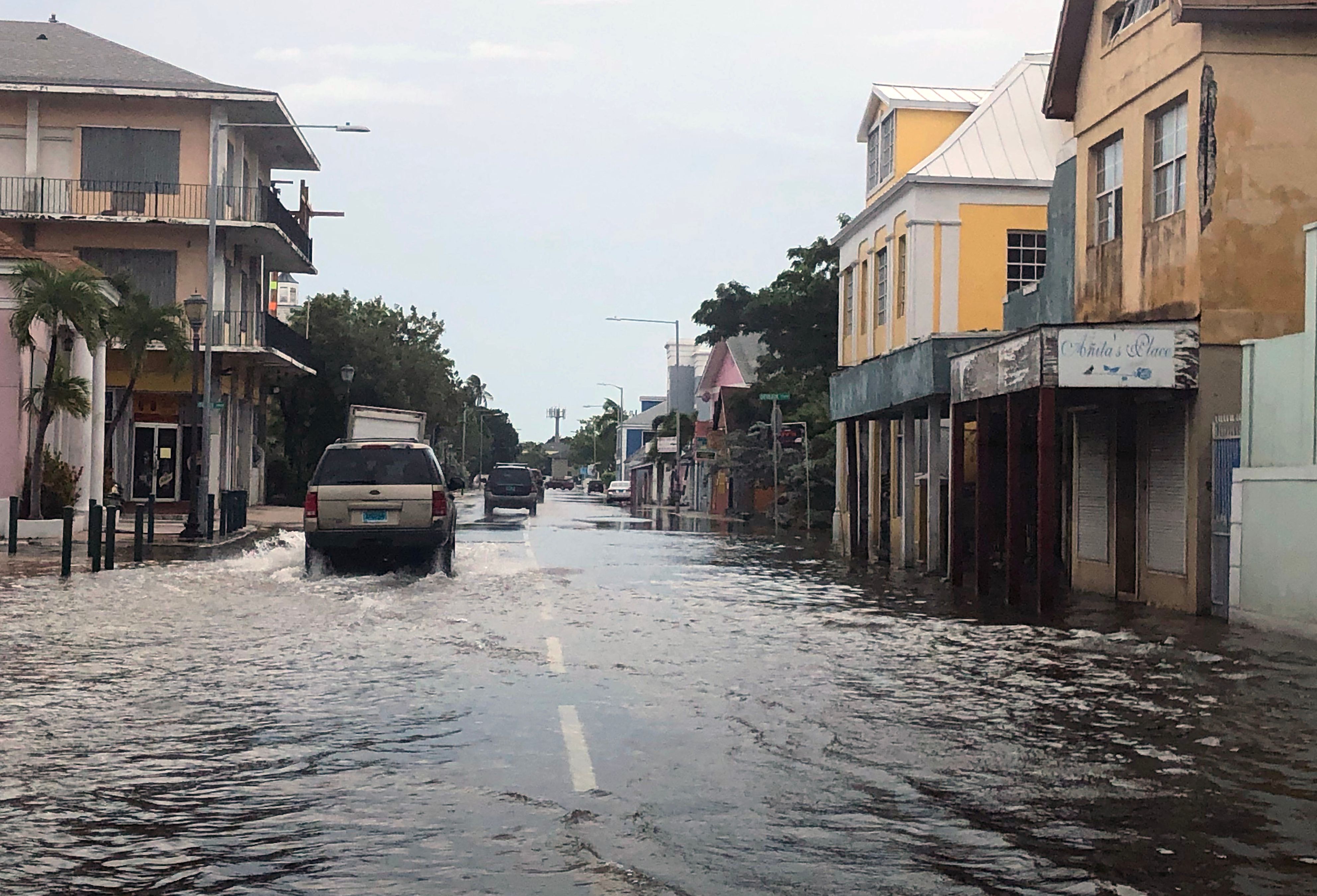 View of a flooded street in downtown Nassau on September 3, 2019. (LUCY WORBOYS/AFP/Getty Images)

Dorian grazed Florida Tuesday but has the potential to move much closer to the Carolina coast and possibly make landfall, WaPo reported. It is expected to hit the area late Wednesday into Thursday.

The hurricane has decreased in strength but increased in size, meaning that it will be able to reach a larger area as it nears the South. Signs indicate that Dorian could re-strengthen Wednesday as it leaves Florida, WaPo reported. This could mean worse devastation for the Carolinas.

Georgia could see winds up to 73 mph and 6 inches of rain. The Carolinas could see worse destruction, WaPo reported. Hurricane warnings in this area predict up to 80 mph winds and up to 15 inches of rain. Coastal Georgia and South Carolina may also see flooding, even if Dorian doesn’t make landfall.

Here’s the latest #Dorian storm surge forecast from this morning. The water could reach the following heights above ground somewhere in the indicated areas if the peak surge occurs at the time of high tide. For more details see https://t.co/tW4KeFW0gB pic.twitter.com/FnozVJ0eqh

“The combination of significant storm surge inundation and heavy rainfall will enhance the risk for flash flooding…” the Weather Service office in Charleston wrote according to WaPo. “This is a dangerous situation and preparations should be rushed to completion today.”