About 40 state attorneys general plan to participate in an antitrust investigation of Facebook, three people familiar with the matter confirmed to The Washington Post on Monday.

The probe was initiated by New York Attorney General Letitia James on Sept. 6 and had support from seven other state attorneys general and D.C. at that time.

“Even the largest social media platform in the world must follow the law and respect consumers,” James said, according to a Sept. 6 press release. “I am proud to be leading a bipartisan coalition of attorneys general in investigating whether Facebook has stifled competition and put users at risk.”

“We will use every investigative tool at our disposal to determine whether Facebook’s actions may have endangered consumer data, reduced the quality of consumers’ choices, or increased the price of advertising,” she continued.

BREAKING: I’m launching an investigation into Facebook to determine whether their actions endangered consumer data, reduced the quality of consumers’ choices, or increased the price of advertising.

The largest social media platform in the world must follow the law.

The growing interest in the antitrust case against Facebook comes a month after 50 attorneys general from across the U.S. signed onto a probe into Google and its potential to stifle market competition. (RELATED: House Democrats Announce An Antitrust Investigation Into Big Tech)

While Facebook is free, it “extracts from users the permission to watch, record and save, what some 170 million Americans read, research and watch on 8+ million sites and apps (outside of Facebook itself),” Dina Srinivasan, author of “The Antitrust Case Against Facebook,” explained in a Tuesday Gallery chat conference.

“Facebook not only looks like a true monopolist (based on market behavior) but [it is] likely engaged in conduct that runs afoul of U.S. antitrust laws,” she added. 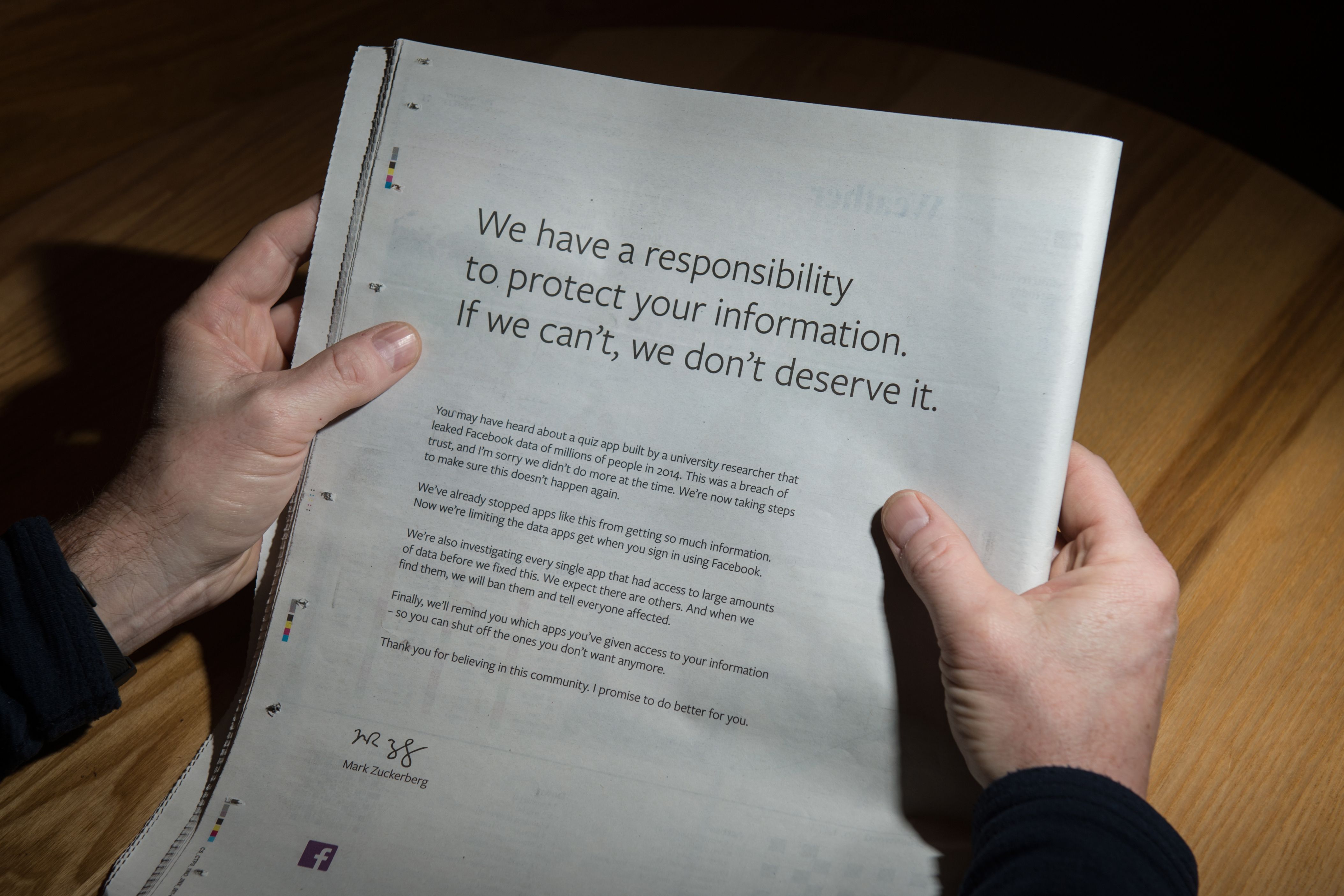 A man reads a full-page advertisement, taken out by Mark Zuckerberg, the chairman and chief executive officer of Facebook to apologize for the large-scale leak of personal data from the social network … AFP PHOTO / Oli SCARFF /Getty Images

“Our laws require that monopolists gain their winner-take-all position in a market as a result of ‘competition on the merits,’ which essentially means honest, competitive, behavior. When you study Facebook’s monopolization of the social network market, it does not look honest,” Srinivasan concluded.

Texas Attorney General Ken Paxton, who is leading the Google investigation, told the Daily Caller News Foundation on Sept. 8 that he is interested in joining James’s probe and applauded her for the effort.

NetChoice President Carl Szabo, who testified in a July 16 congressional hearing titled “Online Platforms and Market Power” and previously told the DCNF that “if you take a mere three minutes to think about the arguments for an antitrust case against Facebook and Google, they just don’t exist. There’s robust competition, and direct competitors can all simultaneously be monopolies.”

James’s office did not immediately respond to the DCNF’s request for comment.