Department of Energy Secretary Rick Perry on Thursday told President Donald Trump that he will be resigning after months of speculation.

Perry contacted Trump and told him he plans to resign, according to Bloomberg. Perry is one of the longest-serving members of Trump’s cabinet. The news comes after reports in early October that Perry is planning to step down by the end of 2019.

Perry also has been hit with congressional subpoenas asking for documents related to the ongoing scandal regarding Trump’s phone call with the President of Ukraine and whether Trump asked him to investigate former Vice President Joe Biden. The House Intelligence, Foreign Affairs and Oversight committees sent subpoenas on October 10 demanding Perry provide documents related to the impeachment inquiry by Friday. Congress wants to know if Perry withheld military aid to Ukraine during that period of time.

Serving as Secretary of @ENERGY under @realDonaldTrump has been the honor of a lifetime. Today the U.S. leads the world in energy production, we launched AI & Cyber Security Offices, & made environmental progress unseen for decades cleaning up the legacy of the Manhattan Project. pic.twitter.com/ZWZer3yMHy 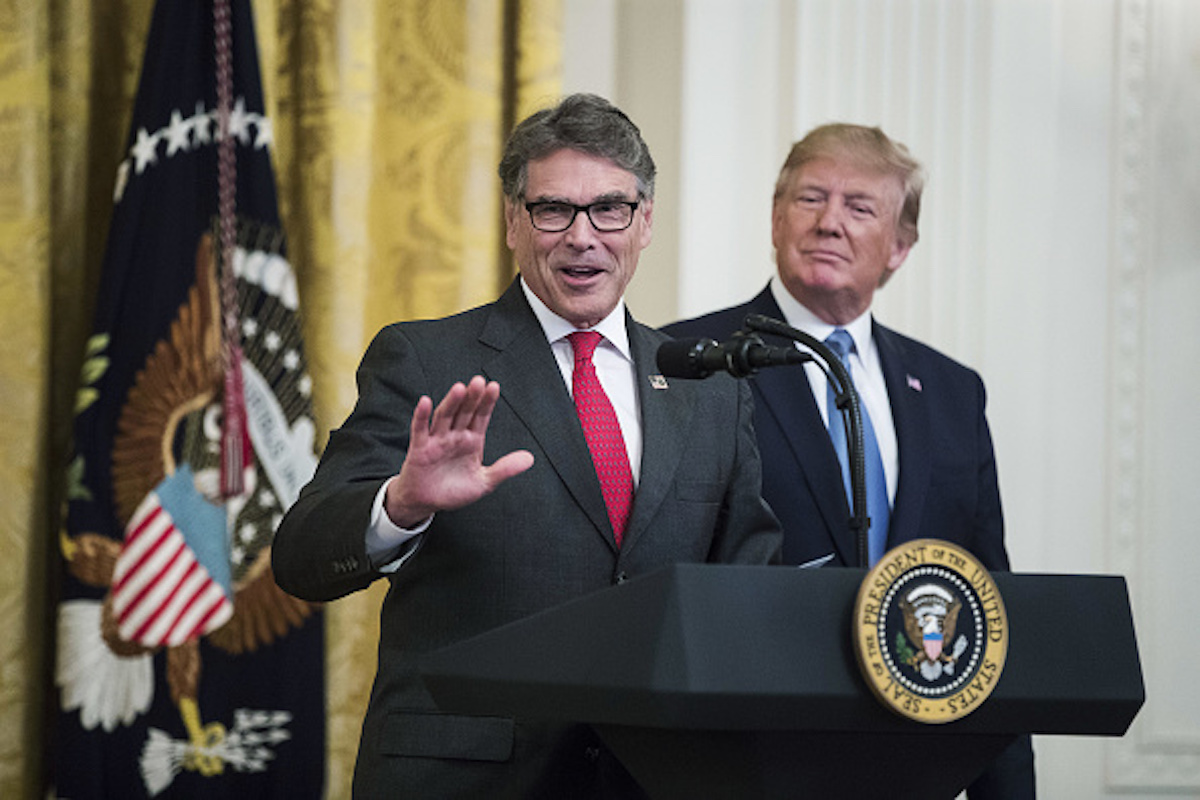 Trump confirmed that Perry will be stepping down at the end of the year, saying he has known about his plans to move on for over six months and has picked someone to replace him. Trump says Perry has done a fantastic job but “has got some very big plans” for the future.

Perry’s exact date of departure is not yet clear. (RELATED: Rick Perry’s Office Denies Reports He’s Headed For The Exit)