A new poll shows that if Hillary Clinton were to enter the presidential race she would be in a virtual tie with current Democratic nomination front-runner Joe Biden.

The Harvard-Harris poll indicated that Clinton would grab 18% support if she entered the race against Biden’s 19%. 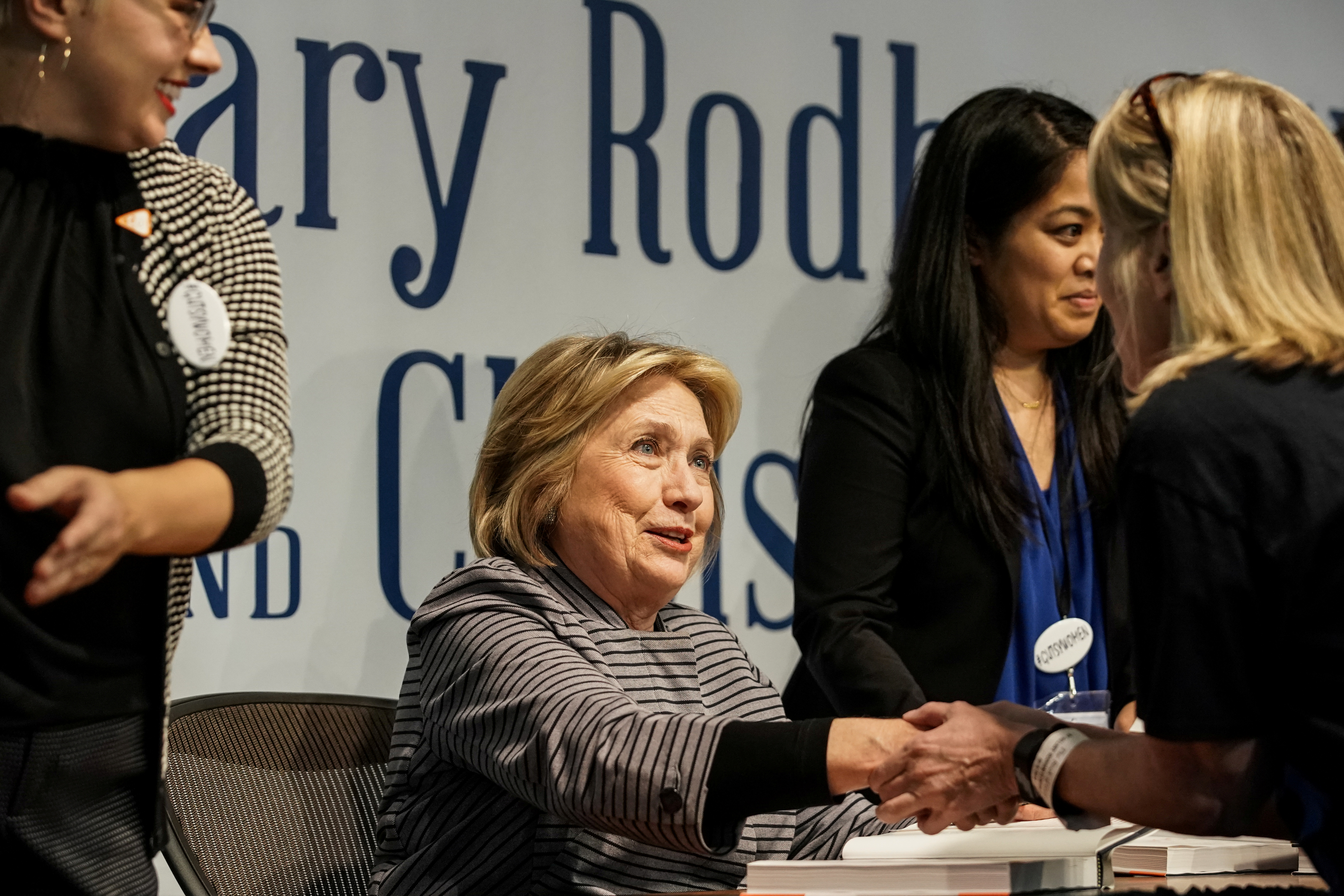 FILE PHOTO: Hillary Clinton talks to a supporter during a signing event for “The Book of Gutsy Women”, a book by her and her daughter Chelsea Clinton, in the Manhattan borough of New York City, New York, U.S., Oct. 3, 2019. REUTERS/Jeenah Moon/File Photo

Biden leads all other presidential contenders in the poll, registering 33% support. However, with a potential Clinton candidacy, about half of Biden’s supporters bolt to the failed 2016 Democratic nominee — who has insisted that she really won the last presidential election because she had a larger share of the popular vote. (RELATED: Dick Morris: Hillary Clinton Thinks ‘God Put Her On The Earth‘ To Be President)

Clinton has done little to quell suspicions that she might be considering another run for the White House. She is heavily engaged in another book tour with daughter Chelsea as the two hype “The Book of Gutsy Women” and offer their critiques of President Donald Trump at the same time.

She has also been combative on social media and in interviews, suggesting that Democratic Hawaii Rep. Tulsi Gabbard is actually a pawn of the Russians who is secretly being “groomed” to run as a third-party candidate. (RELATED: ‘I Stand Against Everything She Represents”: Tulsi Gabbard Deconstructs Hillary Clinton In ‘Tucker Carlson Tonight’ Interview)

The former secretary of state has openly contemplated another run.

“Maybe there does need to be a rematch. Obviously, I can beat him again,” she told PBS last month.

Clinton also tried unsuccessfully to be her party’s nominee in 2008. She lost to Barack Obama in that contest.