According to the poll, since October of 2012 Romney’s favorability rating dropped from 43% to 18% in the same month of 2019. Romney unsuccessfully ran against President Barack Obama during the 2012 election. (RELATED: Mitt Romney Says Voters Tell Him He’s Being Too Tough On Trump)

2% of Americans view the Utah senator “very positive” and 16% “somewhat positive.” The other measurements included are “neutral” at 37%, “somewhat negative” with 19%, and “very negative” at 19% of respondents. 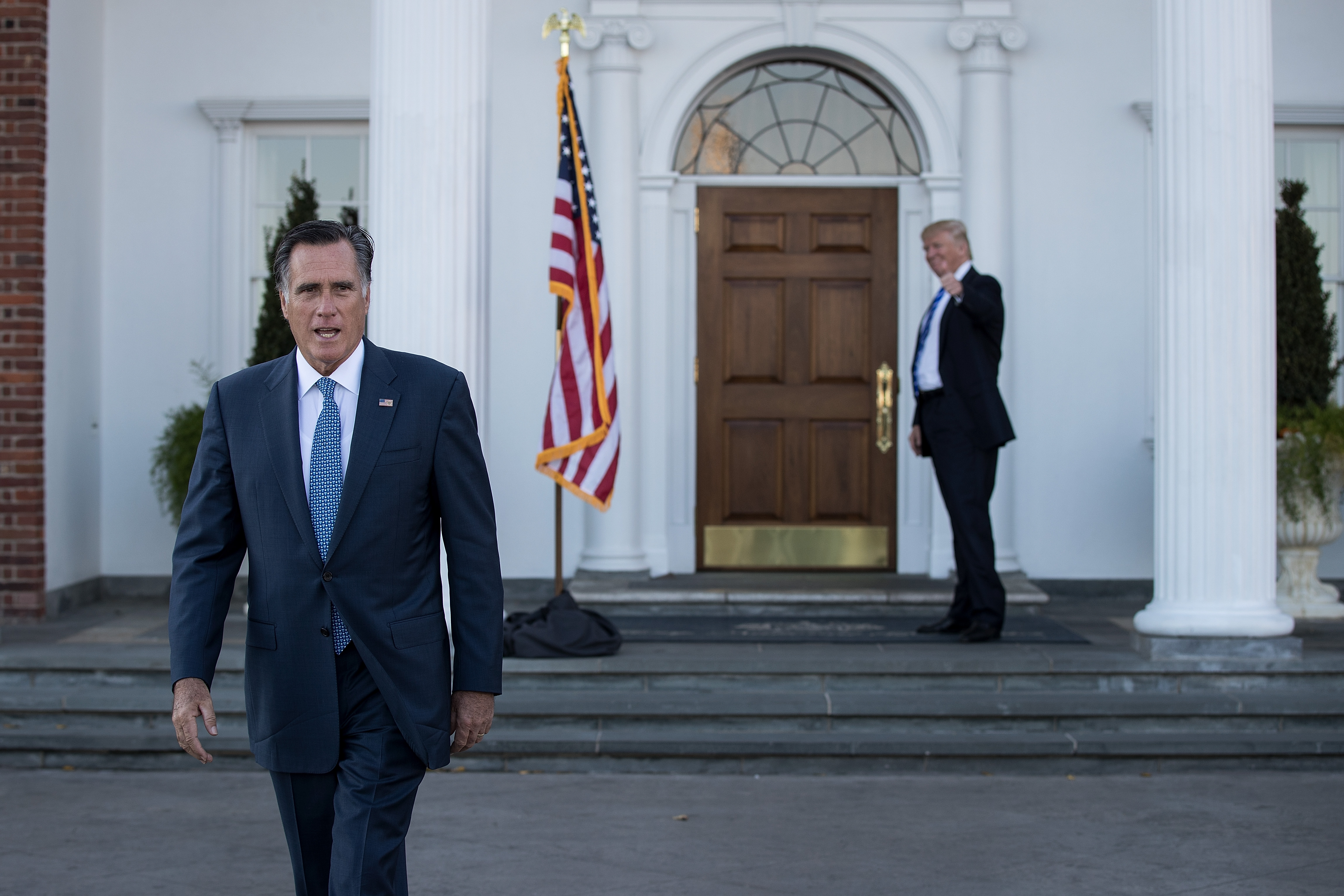 BEDMINSTER TOWNSHIP, NJ – NOVEMBER 19: (L to R) Mitt Romney walks to speak to the press as President-elect Donald Trump gives the thumbs up after their meeting at Trump International Golf Club, November 19, 2016 in Bedminster Township, New Jersey. Trump and his transition team are in the process of filling cabinet and other high level positions for the new administration. (Photo by Drew Angerer/Getty Images)

In his home state of Utah, Romney has a approval rating of 46% and a disapproval rating of 51%, according to a survey taken by Utah Policy and Y2 Analytics in October. The Salt Lake Tribune reports that Romney was elected into office by 62% of the vote in the 2018 midterm election.

Romney has been a critic of the president since assuming office in 2019. Recently, the Utah senator expressed open opposition to Trump’s decision to withdraw troops from Northern Syria.

“The President’s decision to abandon our Kurd allies in the face of an assault by Turkey is a betrayal,” Romney said in a tweet last month. “It says that America is an unreliable ally; it facilitates ISIS resurgence; and it presages another humanitarian disaster.”

The President’s decision to abandon our Kurd allies in the face of an assault by Turkey is a betrayal. It says that America is an unreliable ally; it facilitates ISIS resurgence; and it presages another humanitarian disaster. https://t.co/Tu8ARa8Pmp

The president has called  Romney  a “pompous ass” who “never knew how to win.”

NBC News/Wall Street Journal poll has a 3.27% margin of error and was conducted between October 27th to 30th with 900 adult respondents.