Republican Congressman Peter King announced Monday that he will not seek reelection at the end of his current term.

King has served as the representative for New York’s 2nd district since 2013, previously serving as the 3rd district representative dating back to 1993. In total, King is the 16th Republican to announce plans to retire this this cycle. Four other House Republicans are running for different elected offices.

He spoke with President Donald Trump over the weekend about his decision, according to NBC News, and the president reportedly asked him to “reconsider” before accepting the decision. 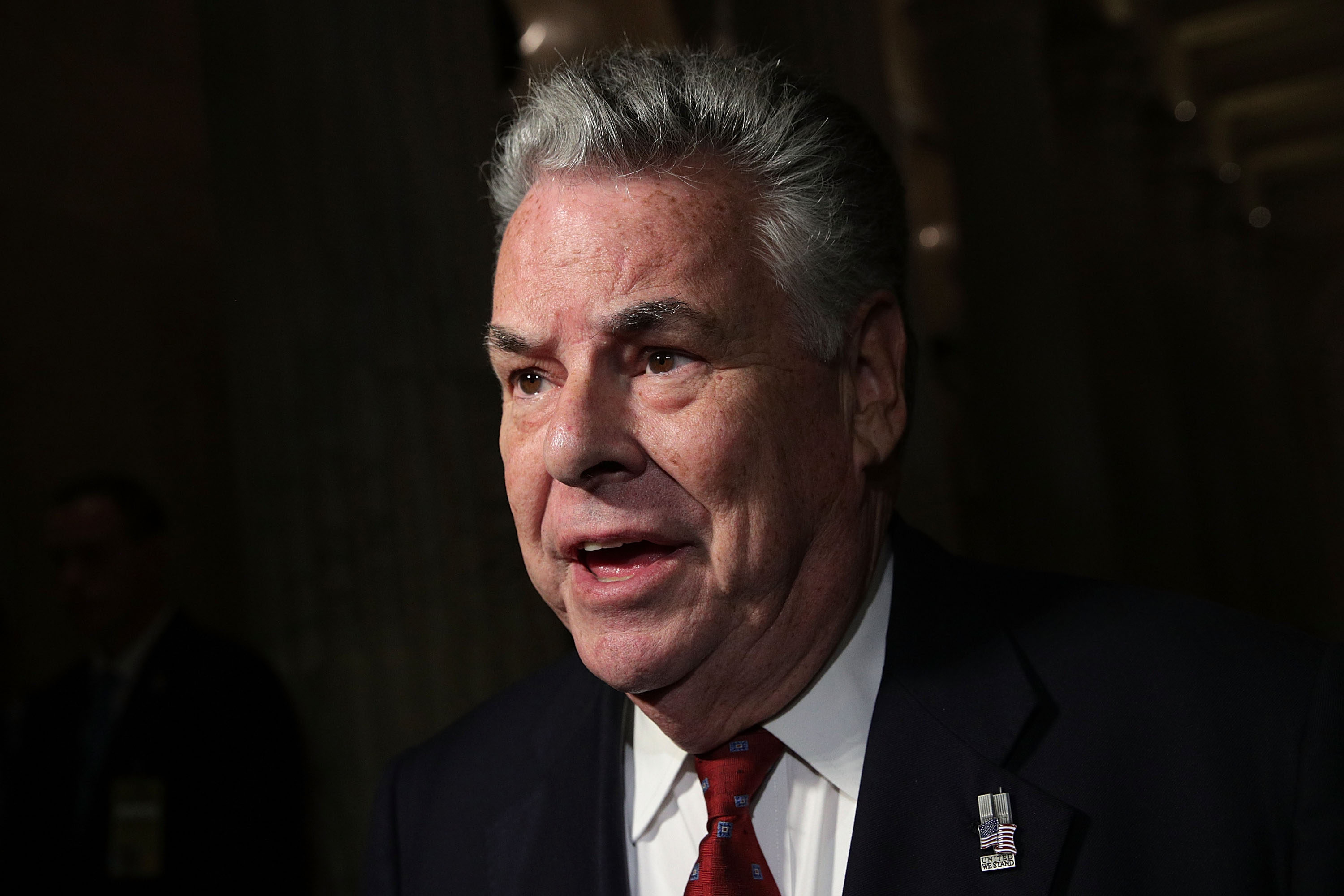 U.S. Rep. Peter King (R-NY) speaks to members of the media after President Donald Trump’s visit to a House Republican Conference meeting November 16, 2017 in Washington, DC. President Trump travels to Capitol Hill to discuss the tax reform bill as the House prepare to vote on the bill today. (Photo by Alex Wong/Getty Images)

“I have decided not to be a candidate for re-election to Congress in 2020,” King said in a statement Monday morning. “I made this decision after much discussion with my wife Rosemary; my son Sean; and my daughter Erin. The prime reason for my decision was that after 28 years of spending 4 days a week in Washington, D.C., it is time to end the weekly commute and be home in Seaford.”

“My time in Congress has been an extraordinary experience — an experience I wouldn’t have even dared imagine when I was a kid growing up in Sunnyside or a college student loading and unloading trucks and freight cars at Manhattan’s West Side Railway Terminal” he continued. “I intend to remain in Seaford, be active politically and look forward to seeing what opportunities and challenges await me in this next chapter of a very fortunate life.”

After talks w my family I will not seek re-election in 2020. Difficult decision as my 28 yrs in Congress have been extremely fulfilling while fighting for my constituents: 9/11 & Sandy funding/combating terrorism & MS-13. I thank residents of NY2 for allowing me to represent you.

“He’s been principled & never let others push him away from his principles,” Schumer tweeted. “He’s fiercely loved America, Long Island, and his Irish heritage and left a lasting mark on all 3. I will miss him in Congress & value his friendship.”

Peter King stood head & shoulders above everyone else

He’s fiercely loved America, Long Island, and his Irish heritage and left a lasting mark on all 3

I will miss him in Congress & value his friendship https://t.co/GSXizZ2c5D

New York’s 2nd district will likely be heavily targeted by Democrats in the upcoming election, as King only won reelection over challenger Liuba Grechen Shirley by 6 points in 2018. The Democratic Congressional Campaign Committee (DCCC) did not respond to the Daily Caller’s request for comment on King’s announcement.