Supermodel Emily Ratajkowski showed up to the “Uncut Gems” movie premiere with a strong message for Harvey Weinstein.

The message was written in black lettering on Ratajkowski’s left bicep, according to a report published Thursday by Page Six. 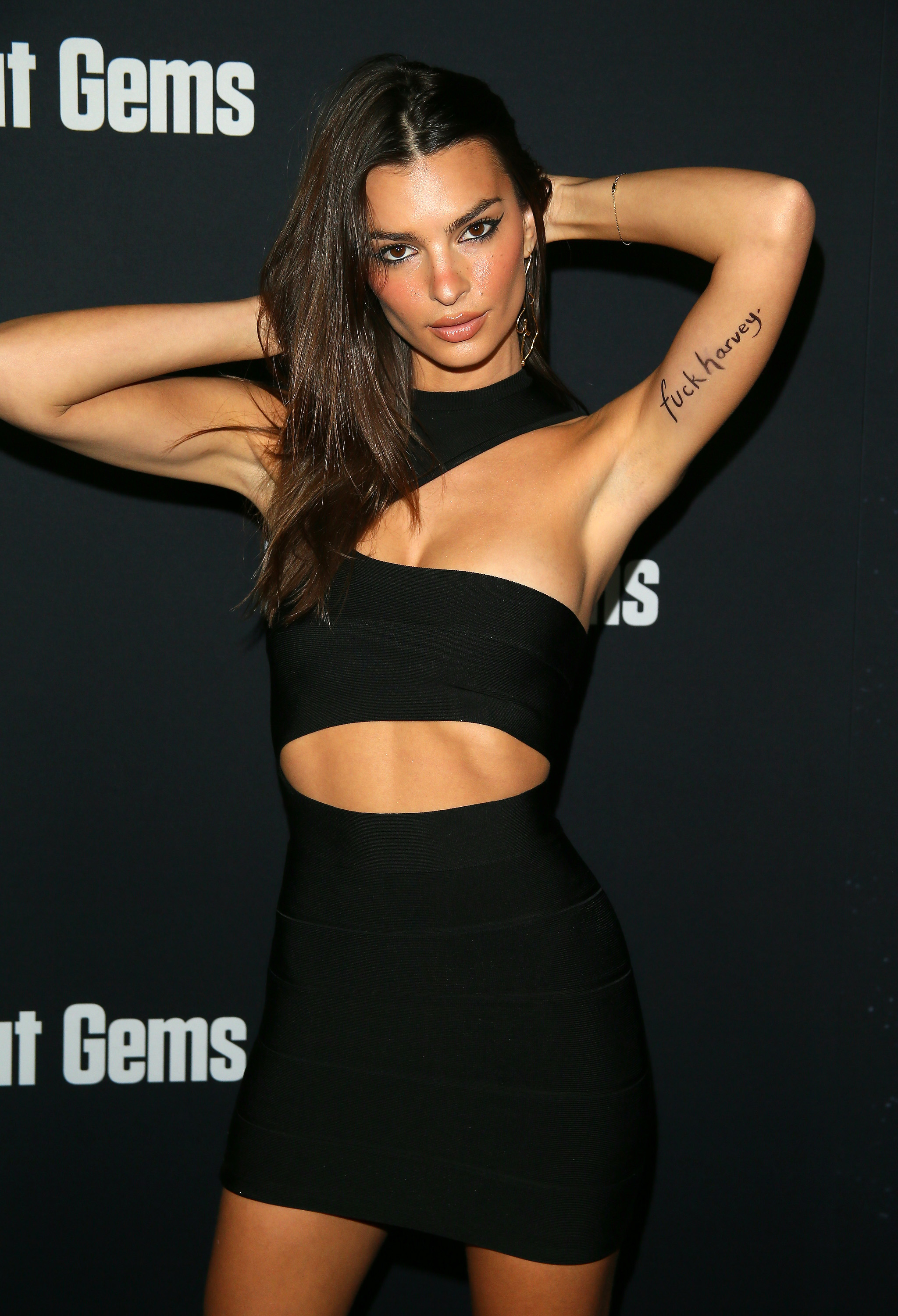 Emily Ratajkowski attends the premiere of A24’s “Uncut Gems” at The Dome at Arclight Hollywood on December 11, 2019 in Hollywood, California. (Photo by Jean Baptiste Lacroix/Getty Images)

Ratajkowski attended the movie premiere, which was produced by her husband Sebastian Bear-McClard, wearing a tight short black dress. She also shared a picture of herself in the dress with a larger message on Twitter. (RELATED: Harvey Weinstein Nears $25 Million Settlement With Accusers)

“Today Harvey Weinstein and his former studio made a $25 million deal with his victims,” Ratajkowski wrote on Twitter.

“Weinstein, accused of offenses ranging from sexual harassment to rape, won’t have to admit wrongdoing or pay his own money,” she added.

Emily Ratajkowski attends the Los Angeles premiere of “Uncut Gems” on December 11, 2019 in Los Angeles, California. (Photo by Joshua Blanchard/Getty Images for A24)

Ratajkowski’s tweet referred to a tentative deal made public Wednesday between Weinstein, his former studio and his accusers. The deal will not require Weinstein to pay any of his own money to the accusers or admit any wrongdoing.

Instead, the payout would be covered by insurance companies who represent Weinstein’s old studio, the Weinstein Company.