The White House announced Tuesday the eight groups of special guests who will attend the 2020 State of the Union at President Donald Trump’s invitation.

During his annual national address, Trump is expected to preach a message of unity and avoid the topic of his impeachment trial, which is set to conclude with Wednesday’s planned acquittal vote in the Senate. A poll released by Gallup on Tuesday shows Trump’s favorability rating at 49 percent. The mark represents a four point bump since the previous Gallup poll and is the highest point since his 2017 inauguration. 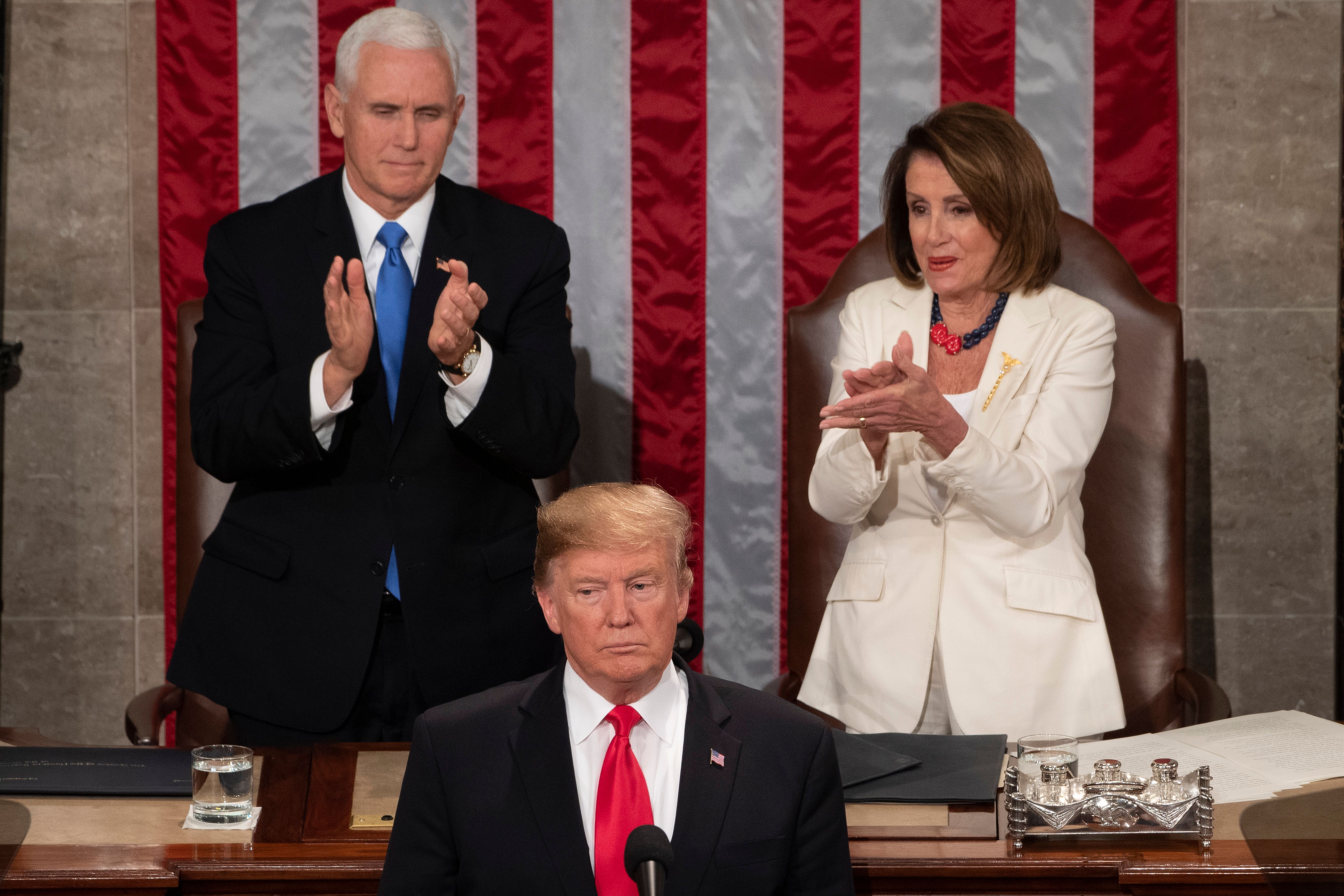 US President Donald Trump delivers the State of the Union address at the US Capitol in Washington, DC, on February 5, 2019. (JIM WATSON/AFP via Getty Images)

The White House’s State of the Union guests are as follows:

Stephanie Davis and her mother Janiyah

Stephanie is a 4th grade student from Philadelphia, Pennsylvania. Though Janiyah applied for a tax credit scholarship, Stephanie is one of 50,000 students still on a scholarship waitlist after Democratic Pennsylvania Gov. Tom Wolf vetoed school choice legislation.

Gage Hake and his mother Kelli

The Hakes are a gold star family from Stillwater, Oklahoma. Kelli’s late husband, Army Staff Sergeant Christopher Hake, was killed during his second tour of duty in Iraq by an EFP supplied by Qasem Soleimani.

Jody’s brother, Rocky Jones, was murdered by an illegal immigrant in Tulare County, California in December of 2018. Jody, along with his four other brothers, is helping care for Rocky’s young daughter.

An United States Army veteran living in Montgomery Alabama, Paul and his contracting business are helping build a new concrete plant that will support F-35 fighter jets stationed in the region.

Deputy Chief Ortiz has served as a member of U.S. Border Patrol since 1991 and previously as a member of the U.S. Army. He has been awarded the Superior Civilian Service Medal and oversees all border patrol operations in 41 of Texas’ border counties.

Rankins, a U.S. Army veteran, suffers from Post-Traumatic Stress Disorder and battled addiction after leaving the Army. He currently has worked with the company “R Investments” in Cincinnati, Ohio to overcome his addiction, reunite with his family, and develop a new career in artisan construction.

Ellie Schneider and her mother Robin

Born at just 21 weeks and six days, Ellie was one of the youngest babies ever delivered in the United States. Now two years old, she and her mother Robin currently live in Kansas City, Missouri.

Simonovis, a former Chief of Police in Venezuela, was wrongfully imprisoned by the Chavez and Maduro regimes for 15 years before escaping Venezuela in 2019.