The Supreme Court will discuss a challenge to the Affordable Care Act’s individual mandate in private conference on Feb. 21, as Democrats urge the justices to settle the ACA’s fate once and for all by the summer.

The high court generally finalizes its docket for a particular term in January. House Democrats and a coalition of blue states defending the ACA asked the justices to process the case on an expedited basis given the questions at stake, with arguments in April or May and a decision in June.

“A schedule that aggressive is extremely unlikely,” Case Western Reserve University School of Law professor Jonathan Adler told the Daily Caller News Foundation. “If they take the case now, it’s likely to be heard in the fall.”

The case arose after passage of the 2017 Tax Cuts and Jobs Act (TCJA), which set the financial penalty for failing to purchase health insurance at zero. Shortly thereafter, a coalition of red states led by Texas challenged the mandate in court. The plaintiffs argued that the mandate cannot be justified on tax grounds if it isn’t raising revenue. The Supreme Court said the ACA’s command to purchase health insurance or pay a fee is a valid exercise of Congress’s taxing power in 2012.

A three-judge panel of the 5th U.S. Circuit Court of Appeals agreed with the plaintiffs and struck down the mandate in December 2019. They returned the case to a trial court judge to consider the question of “severability.” That means the judge will decide whether the ACA in its entirety can survive without the mandate.

Trump administration tells justices not to hear the case

“Although the court of appeals and [Democrats] draw different legal conclusions from the elimination of the monetary penalty, it is common ground that noncompliance with the individual mandate no longer carries any significant real-world consequence,” Solicitor General Noel Francisco told the justices in court papers.

“On either view of the merits — i.e., whether the elimination of the shared-responsibility payment renders the individual mandate now invalid, or valid but merely precatory — the question of the mandate’s validity is not itself a matter of any practical urgency,” Francisco added.

What’s more, the administration said the justices should not review the severability issue until the trial court judge issues a decision and the 5th Circuit reviews it. The Supreme Court generally does not consider issues until they are first decided in lower courts.

“If the Court were to grant review of the severability question now, it would have to confront the severability of statutory provisions spanning 900 pages without the benefit of any decision from the court of appeals on that question, or of a decision from the district court applying the more granular analysis that the court of appeals prescribed,” Francisco wrote. “The appropriate course is instead to defer any review in this Court until after the district court has completed its reassessment of severability.” (RELATED: Clarence Thomas Warns Of New Bid To ‘Silence’ The Federalist Society With New Ethics Rule) 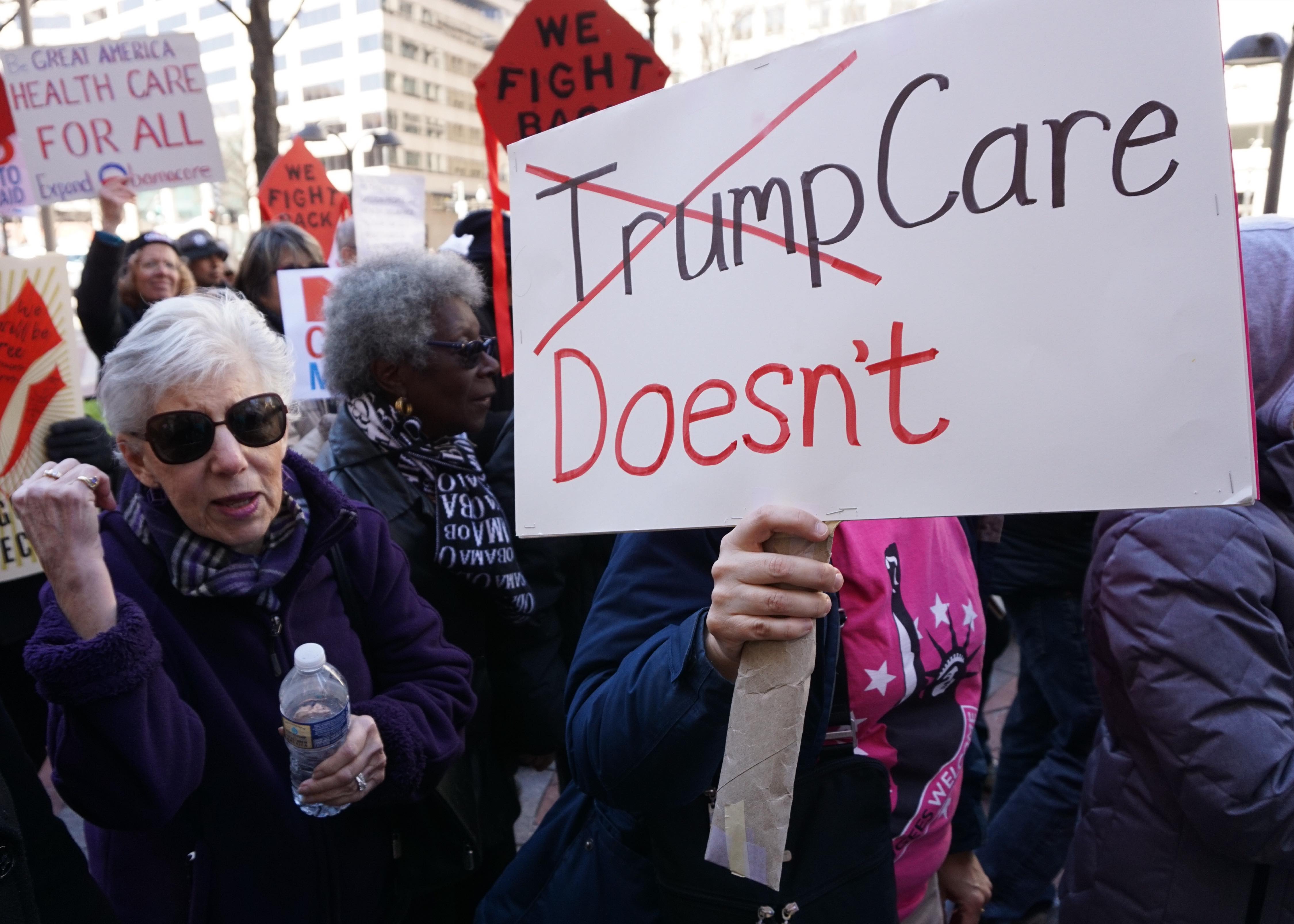 Supporters of the Affordable Care Act demonstrate are in Washington, D.C., on March 23, 2017. (Mandel Ngan/AFP/Getty Images)

Democrats disagree. In their petition to the justices, they say there is no need to await the conclusion of lower court proceedings on severability. The facts and evidence are settled, they say, while the only disputes remaining are purely legal questions.

“This is not a case where the court of appeals remanded for further factfinding, or for some other reason necessitating additional proceedings in the district court,” the petition reads. “The only reason this case is not final is because the panel majority declined to resolve the severability issue and instead ‘remanded for a do-over.’ But severability is a legal question.”

As to the mandate itself, Democrats say review is appropriate because the Supreme Court almost always hears cases in which a lower court invalidated a federal law on constitutional grounds.

When Democrats filed their petition, they asked the Supreme Court to consider it on an expedited basis. The justices denied that request on Jan. 21. The Supreme Court did not disclose a vote count or give reasons for denying the request Tuesday, as is typical of orders of this nature.