A former aide to Senate Minority Leader Chuck Schumer said Wednesday that the Democrats have not been aggressive enough fighting President Donald Trump and they should “get in the mud” with the president.

“You know, sometimes you’ve got to get in the mud with your opponent in this is a president who’s going to be in the mud, throwing mud,” said radio host Chris Hahn on Fox News’ “The Ingraham Angle.”

“Nothing seems to affect [Trump]; nobody wants to take him head on. I think [former Attorney General] Eric Holder was right. When they go low, we kick them. I think it’s time for more of that … from the left because the president is a fighter. He is a street fighter and he doesn’t back down from a fight. And it’s time for us to start fighting back. That is what’s going to happen.” (RELATED: Michelle Obama Rejects Holder, Hillary’s Comments About Civility)

In reference to the just concluded Senate impeachment trial of the president, conservative author Dan Bongino asked Hahn if we was “eating THC brownies before the show?”

“They weren’t willing to take on President Trump and Trump is the one taking the low road?” he continued.

Before accusing Trump of using military aid to Ukraine as a tool for his own political purposes, some Democrats insisted the Trump campaign had colluded with Russia to win the 2016 presidential election. The report issued by former special counsel Robert Mueller found that assertion to be baseless. Democratic California Rep. Adam Schiff, who led the impeachment inquiry, however, continues to make that claim. (RELATED: Adam Schiff: Removing Trump ‘Urgent” Because He’s ‘Threatening’ To ‘Cheat In The Next Election’) 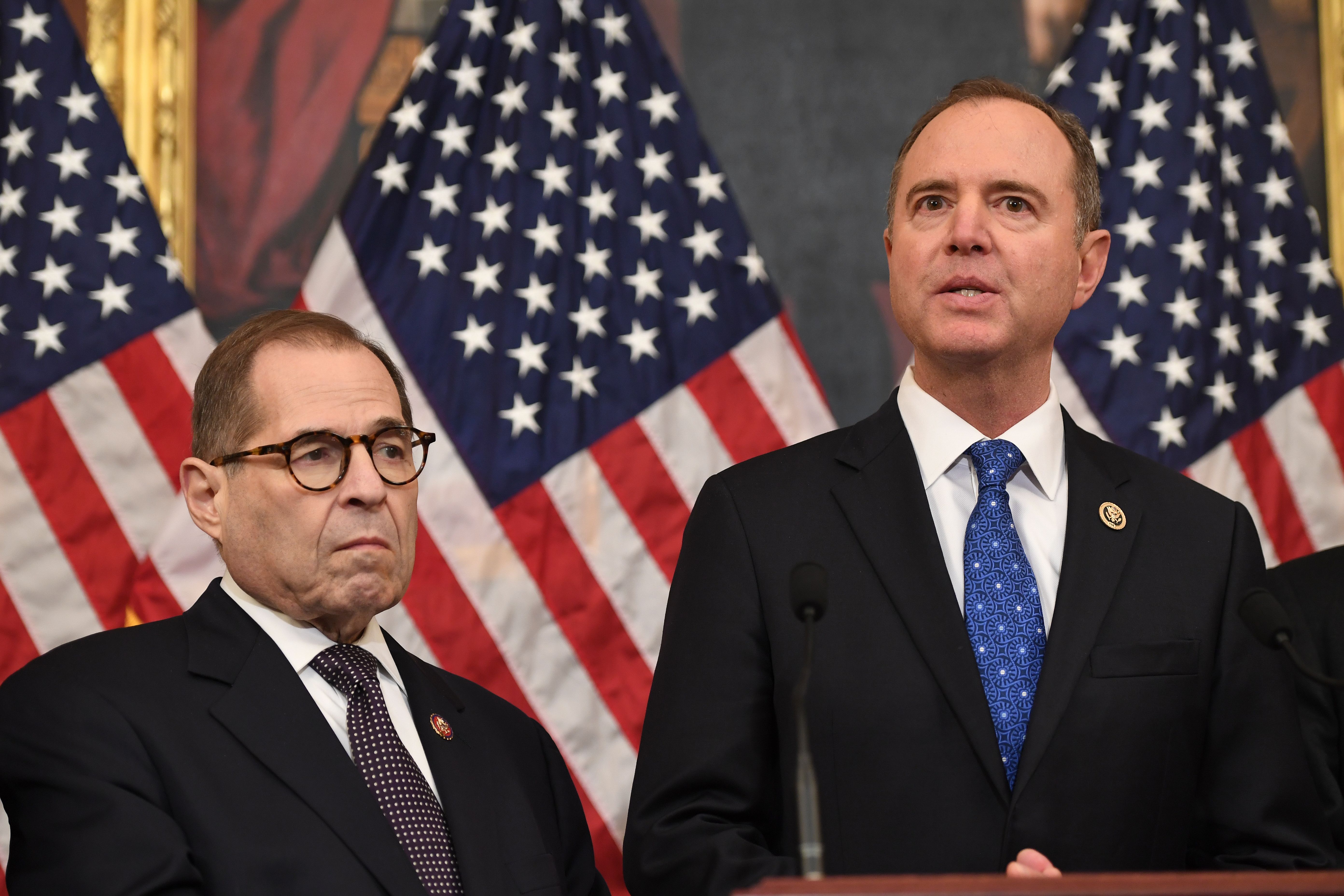 “I think the strategy has to be to take him head on. The man is willing to say anything, go as low as he needs to go to get reelected and I think the Democrats need to meet that head on and I have not seen an ability or willingness within the party to do that,” Hahn said, seeming to hint that impeachment might not be over and the Democrats might be back for more. “More evidence comes out every day.”

“I’m sorry, your theory that you refuse to take him on, they took him on and they keep getting there asses kicks, that is what keeps happening here,” Bongino responded.