“Ozark” is the most popular show for people starting a new series during the coronavirus pandemic.

Reelgood.com did a study on what viewers are selecting as their new series during the crisis, and the Netflix show with Jason Bateman playing a money launderer came out on top with 8.59% of the viewership pie.

It was followed by “Tiger King,” “Breaking Bad,” “Game of Thrones” and “Westworld.” You can see the full list below. (REVIEW: ‘Westworld’ Season 3 Ends With The Possible Deaths Of Multiple Characters) 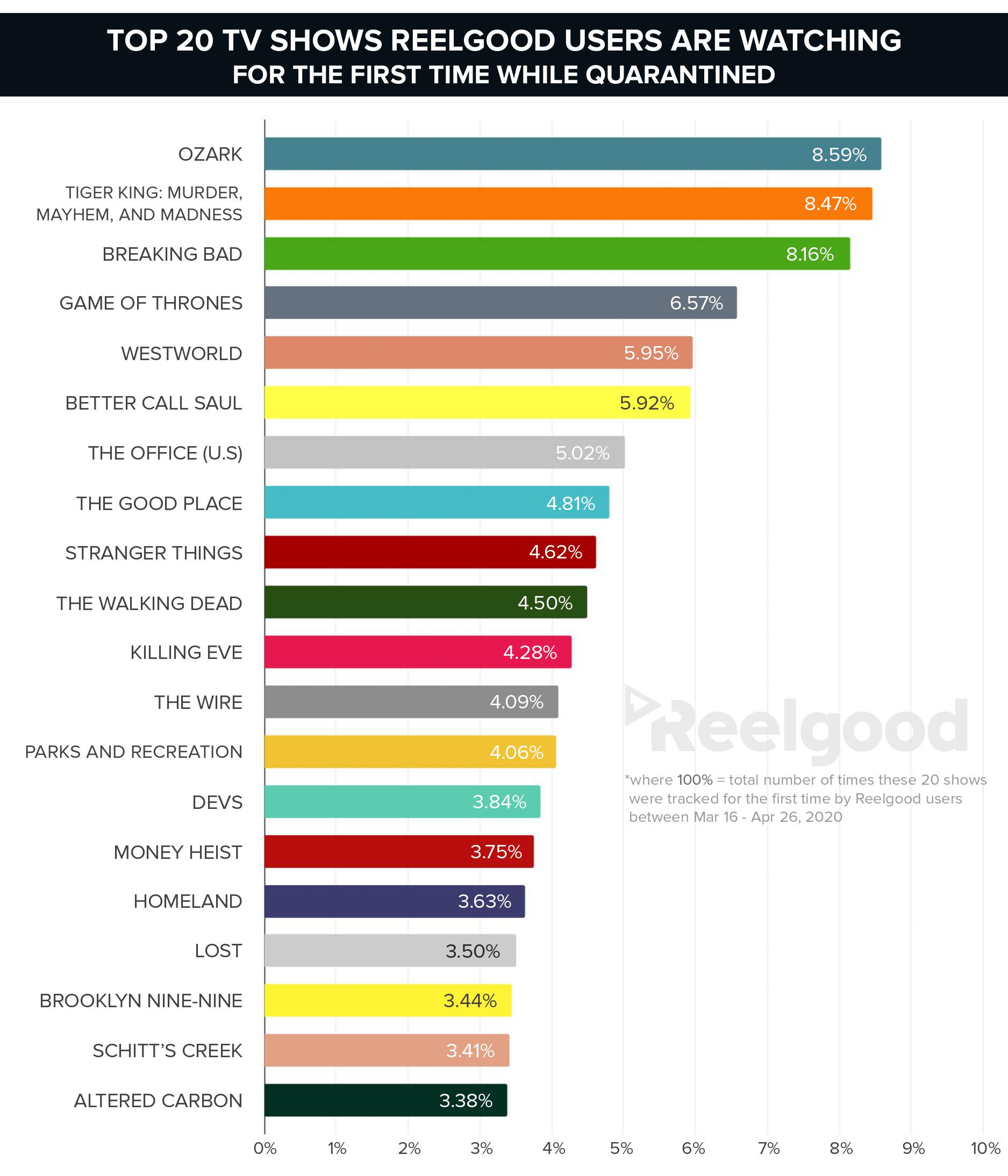 “Ozark” is a hell of a good show, and you should all be watching if you aren’t already. It’s a hall of fame worthy performance from Bateman as Marty Byrde.

It’s dark, captivating, keeps you on the edge of your seat and constantly throws curveballs at the audience.

I’d be lying if I said I haven’t watched a ton of “Ozark” while in isolation. I know the study doesn’t apply to me because I was already a viewer, but I just want the fact I’m a fan on record.

It was also a huge win that season three came out right when all hell broke loose. That certainly didn’t hurt viewership.

If you haven’t already started watching “Ozark,” I suggest you do. You can all thank me later because you’re going to enjoy every second of the drama! You can catch it all on Netflix!